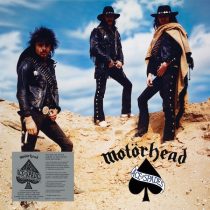 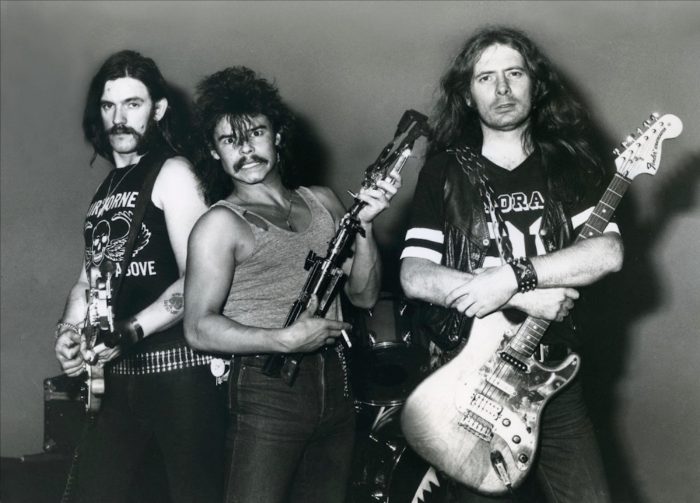 There are few more iconic rock n roll songs than Motörhead‘s Ace of Spades, and not many more important moments in the history of modern heavy music than the release of the album from whence it was lifted.

Until Ace of Spades, Lemmy, “Fast” Eddie Clark and “Philthy Animal” Taylor’s gnarly rock n roll machine, Motörhead, had been a raucous and unchained blur of speed and indecipherable growling. On their third official album, producer Vic Maille took the brave step of reining in the wild-hearted band.

By encouraging Lemmy to sing more than he shouted, the clearer enunciation pulled the humour and wit of the lyrics into sharper focus; pulling Taylor back from the brink gave the music more room to breathe without depriving it of any of its power.

Its impact was immediate, an instant influence on the punks, the metal kids and the rock and rollers; the blazing title track became part of the soundtrack of every roadie, rocker and stripper, every truckie, biker and outlaw.

The result was a tour de force for the renegade trio, an album that turned them from local upstarts to worldwide cult act. From the ferocity and simplicity of its title track and best known song to the cheeky wit of Love Me Like a Reptile, the aptly-named Fast and Loose, the straight-up party rock and roll of Dance, the almost pensive The Chase is Better Than the Catch or the appropriately named The Hammer, Motörhead had created a hard rock album for the ages. Its impact was immediate, an instant influence on the punks, the metal kids and the rock and rollers; the blazing title track became part of the soundtrack of every roadie, rocker and stripper, every truckie, biker and outlaw.

Forty years on, Ace of Spades has lost none of its magic or allure and the legend of Motörhead is as large as rock and roll itself. The anniversary package is as glorious and immaculate as the content deserves, but as simple and unsophisticated as Motörhead themselves. The original album, plus a riotous live performance from Belfast spread (perhaps unnecessarily) across three vinyls, encased in a full colour book telling the story of the band and that moment in time when they created rock and roll history. It’s everything it needs to be, and nothing more. Exactly the way Motörhead would have wanted it.