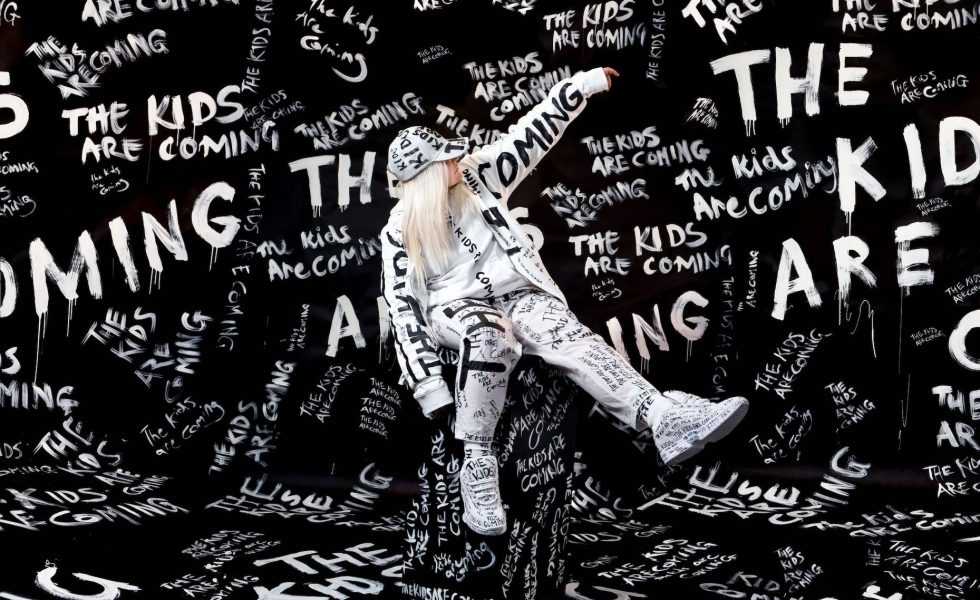 #REALTALK // What Was Tones And I Actually Protesting?

Tones and I is huge at the moment. Her songs are getting heavy radio play, she is breaking records (largest crowd for an opening set at Splendour in the Grass and the number of weeks her single Dance Monkey has spent as number one in the Aria singles chart), and she performed at the AFL Grand Final this weekend.

While her voice and style are somewhat unconventional, it is easy to see why so many people have latched on to Tones and I‘s unique brand of music. She is different, her music comes from the heart, and her songs touch on important issues. Her debut single Johnny Run Away touches on LGBTI+ issues and her newest single is about how older people think youths are consumed by social media and not doing anything worthwhile. “Really, the kids of today stand for community, celebrate gay pride, they are trying to stamp out racism, stop Adani, repair the Great Barrier Reef and many more. It’s more than a song, it’s a movement,” the artist explained while speaking to Triple J.

And that is great, it’s a great sentiment, and it’s fantastic that she is using her voice to speak about these important things. At this year’s BIGSOUND the singer staged a ‘silent protest’ which saw a group of young people standing in the middle of the Brunswick Street Mall wearing white tracksuits holding signs. Incredible! Except, it wasn’t actually protesting anything, all the signs said were things like “The kids are coming”, “No one listens to the kids” and “Can’t you see us”. So while this was an excellent idea on paper, the lack of voicing an actual opinion on an important issue made it seem like it was just a PR stunt to promote her new single and upcoming show that night at BIGSOUND. It wouldn’t have been too difficult to throw in a sign that said “save the environment” or “stop Adani” or “free the refugees”. 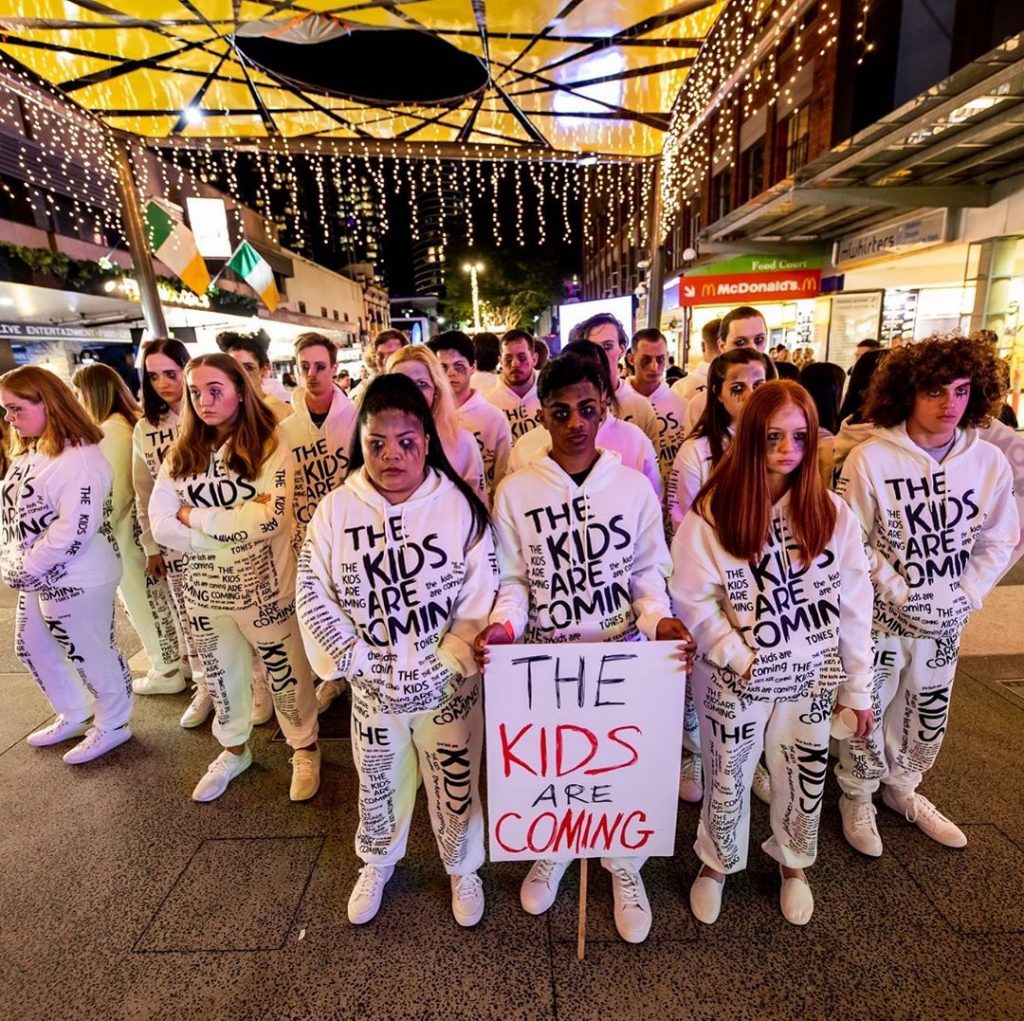 Tones and I The Kids Are Coming in Brunswick Street Mall on Wednesday 4th September, 2019

Music and politics/protests have gone hand in hand for a long time. Most people would think of the 1960s and 70s as formative political and protest eras, but even some classical music was made with protest in mind. Music soundtracked the protest of wars, John Lennon wrote an entire album of songs with political themes and some of the most significant political events of recent times have a song that is synonymous with that event. Wind of Change by German band Scorpion is one such example; it is widely accepted that this song soundtracked the fall of the Berlin War.

When thinking of music and protests, it is hard to go past Russian punk band/feminist protest group Pussy Riot, who have a long history of staging protests. Three members of the group spent two years in jail following a protest in Moscow’s Cathedral of Christ the Savior in 2012. Due to play the opening set at Lollapalooza in 1993, vocalist of outspoken band Rage Against the Machine, Zack de la Rocha found himself with no voice. Instead of cancelling, the band used this misfortune to protest against music censorship by standing naked at the front of the main stage for their entire 15-minute set, not playing a single song.

Closer to home, when Triple J was in its formative years as Double J, it was the only station in the world still playing N.W.A’s controversial song, Fuck Tha Police. When the station was forced to stop playing it, they retaliated by playing another of the hip hop outfits’ songs Express Yourself for 24 hours straight, a total of 365 times in a row. In more recent times, guitarists of the German band Rammstein, Paul Landers and Richard Kruspe, shared a kiss while performing in Russia. This was done seemingly to protest the country’s widely condemned ‘gay propaganda’ law that bans public displays of “non-traditional sexual relations.” The band risked being detained, fined and deported with this protest.

The examples given are quite extreme and the groups and people mentioned were quite high profile and well into their careers. Despite Tones and I’s success, she is still relatively up and coming, and with presumably a long career ahead of her, she still has plenty of time. Tones and I has put her hat into the ring and said she wants to bring awareness to these issues. It would have been great to see an actual issue mentioned in the protest, which instead ended up feeling like an empty promotion.

Purchase/Stream Tones and I’s EP The Kids Are Coming here.