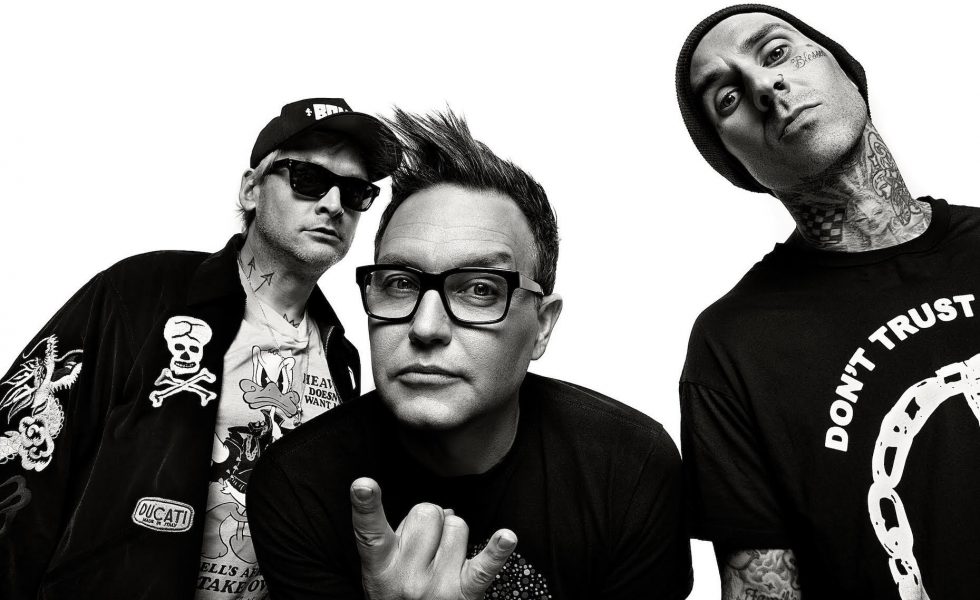 The album showcased Blink 182’s continual knack for crafting universal, driving rock tunes that cut straight to the core of every sentimental, bittersweet summer feeling you could ever possibly conjure up. NINE, despite seeing a release almost 30 years into their tenure as punk-royalty, it proved that Blink still have some of the most solid tracks of their career left in them.

It’s fair to say Blink have continually ascended to new heights since their return from hiatus in 2009. Amidst lineup changes and internal conflict, they’ve transcended a new generation of music fans, sold out arena tours, headlined festivals and maintained their status as one of the most influential rock bands of the modern era.

So, to celebrate NINE’s effervescence, we’ve taken a look at the trio’s most standout tracks since their return from hiatus.

Ghost On The Dancefloor – Neighborhoods (2011):

Fit with a hefty dose of tension building ambience, post-punk frenzy and off-kilter drumming, Ghost On The Dancefloor was the perfect re-introduction to the band after nearly a decade of silence.

It’s lyrics pick up where the band left off on Not Now, continuing a gut-wrenching narrative of longing and yearning, amplified in DeLonge’s emotive vocal performance. The glistening harmonies a la Mark Hoppus on the track harken back to why the band cut through the over-bloated skate punk static in the first place—Blink are the masters of striking the perfect balance between alt-rock intimacy and pop embrace.

Carried by a signature, simplistic Surf-punk riff, the hook-laden track offers up an up-beat relief in the midst of a furrow-browed Neighborhoods. Reflecting on mistakes and missed opportunities, the track’s heavy lyrical content doesn’t shadow the undeniably bubblegum instrumental.

Dogs Eating Dogs is an entirely overlooked release—and When I Was Young is absolutely one of Blink-182’s most introspective tracks to date. Listening to Blink reflect on adulthood is confronting—but they pull it off with such aplomb it’s entirely believable.

Matt Skiba injected an undeniable life force into Blink upon his arrival in 2016, and California’s Rabbit Hole highlights his transformative contributions entirely.

Utilising his goth-punk energy in its fullest capacity, Skiba delivers a dose moodiness to the track’s second chorus, allowing the punchy song to effortlessly delve between saccharin highs and attitude-heavy, surly lows.

Driven by a pulsating dance-beat, oozes with swagger and chorus that beckons to be yelled into the ether with a reckless abandon. It’s catchy, relatable and succinct enough to prove there’s enough fire in Blink to have them conquer the streaming-generation’s short attention spans and showcases Hoppus and Skiba’s chemistry as songwriters.

Embracing electronic layers and emotional balladry, Matt Skiba led No Heart To Speak Of is NINE’s intense apex. Fit out with a bolstering rally cry introduction, the track features one of the band’s most impassioned choruses since Self-Titled, and allows for space and growth as the song progresses into an epic emo free-for-all.