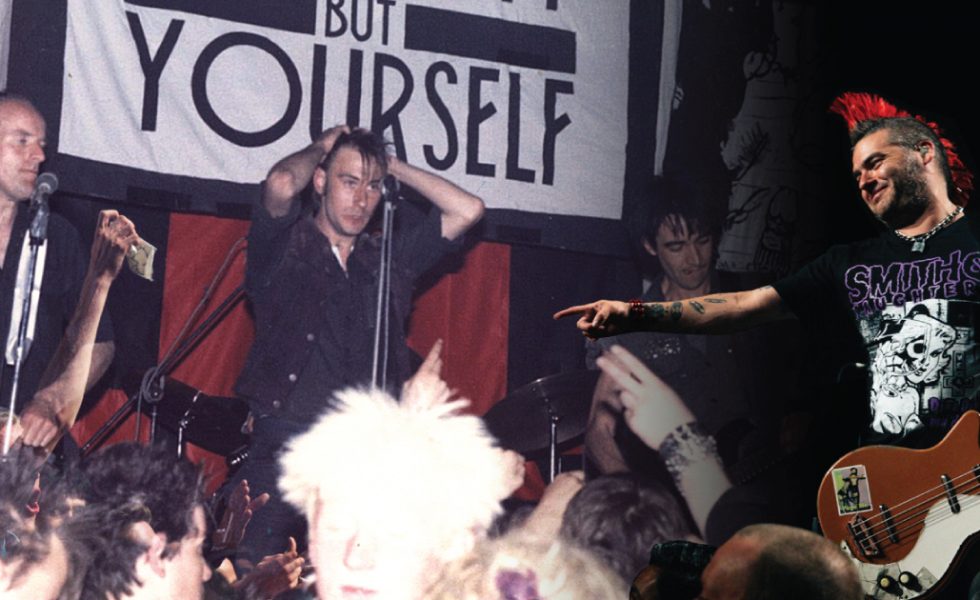 Hardcore legends Crass said punk was dead in 1978. They were about forty years too early. It’s really dead now.

It’s shuffled off it’s mortal coil. It’s ceased to be. It’s ex-punk rock. My sincerest apologies to Messrs. Cleese and Palin, but that Dead Parrot sketch is more punk rock than NOFX are right now. When NOFX apologised for making off-colour jokes about the Las Vegas shooting that happened in November last year, they are openly admitting that punk rock, as a movement, is a relic of the past. Here’s what they said on 27th May at their Punk Rock Bowling and Music Festival in Vegas:

“You play a song about Muslims, you’re going to get shot,” Fat Mike, vocalist said.

To which Fat Mike replied, “I mean, that sucked, but at least they were country fans and not punk rock fans.”

Met with “ooh did he really say that” groans, Fat Mike responded, “You were all thinking it.”

Then they apologised. In fact, they were ashamed of themselves.

Punk rock does not, and should not, apologise for anything.

Doesn’t matter if he’s wrong, gauche, or *gasp!* un-PC. Punk rock was always in opposition to social morays, the dominant, the “oppressor”. Once it kowtows to the mainstream, it’s starved of oxygen. Sorry boys, you just aren’t punk any more.

Historian and music critic Greil Marcus in his seminal punk rock origin story Lipstick Traces says that punk grew out of 1930s avant-garde art movements Dadaism and Surrealism. Both helped spawn the just as loopy Situationist International. A European left-wing revolutionary group, its heroes were people who took Catholic pulpits and shouted religion down, disrupted one of Charlie Chaplin’s press conferences, and mounted full-scale revolutions of Paris. Is this all “on brand” for punk rock any more? I doubt it.

In my view, liberal capitalist democracy was the clear winner of the Cold War, but facts shouldn’t stop punk rock bands from trying to take it down. The last two major societal upheavals of the twentieth century happened as the Berlin Wall fell; economic rationalism on the right, and political correctness on the left. Punk rock should still be on the front lines fighting both. To our dismay, they lay down arms and planted big wet ones on their former enemies’ stubbly cheeks instead.

Doesn’t matter if he’s wrong, gauche, or *gasp!* un-PC. Punk rock was always in opposition to social morays, the dominant, the “oppressor”. Once it kowtows to the mainstream, it’s starved of oxygen. Sorry boys, you just aren’t punk any more.

Political correctness and punk have never been bedfellows. The Sex Pistols, the purest incarnation of the Situationists, told the Queen to go fuck herself, their two record labels to go fuck themselves, and even a BBC interviewer to go fuck himself. Some punk rockers stood with Hillary Clinton during her campaign for President of the United States. They all should have told her to go fuck herself.

It’s not enough telling Trump to go fuck himself. Punk rockers have been telling conservatives to go fuck themselves since the dawn of time. Punk should be detached from the pop music-industrial complex. It should be a three-chord mini-political act up on stage. I can tell Trump to go fuck himself any time I want. I won’t lose my livelihood, nor will hordes of bored millennials with Twitter go after me. When that act is as revolutionary as making a piece of toast, you know where their true interests lie.

Punk rockers and their labels should be economic illiterates charging $10 for shows despite massive inflation since 1985, not ploughing profits into degustations and wine tastings. That’s when you know punk rock as a movement is dead, a shadowplay of masked figures mouthing words they no longer understand. Sing about chugging beer and smoking weed instead. In a couple of years, it’s going to be as illegal as walking your dog. Punk rock should be so volatile it scares you for even enjoying it. Now it’s a big cuddly teddy bear you can take home to grandma. Puerile and focused grouped like a Disney Star War.

I agree with Henry Rollins; if you wanna get paid, get paid. Just don’t sell out your baked-in punk rock values pursuing it.