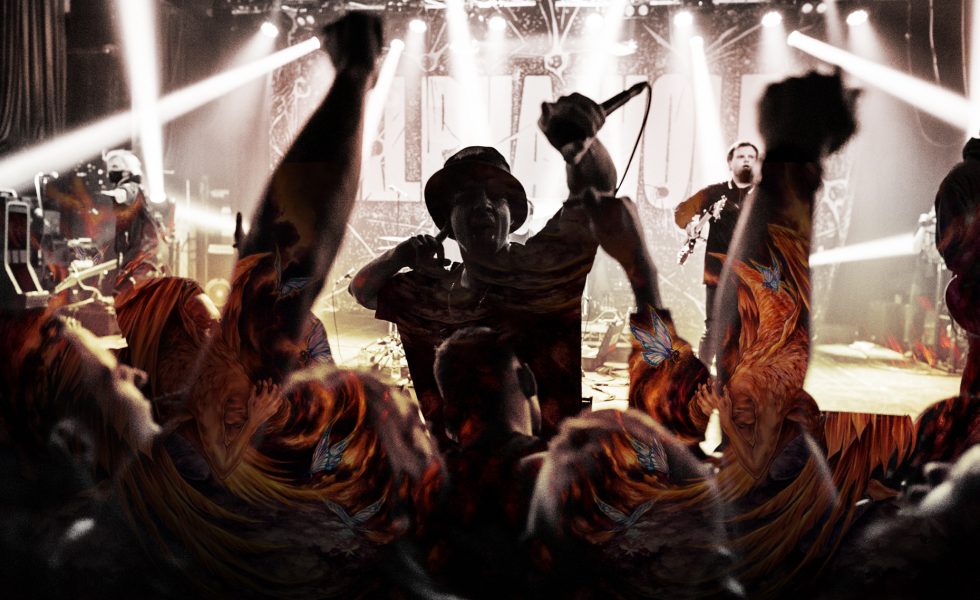 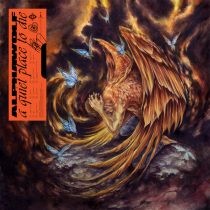 Following up on 2017’s debut full-length Mono and their 2019 EP Fault, a quiet place to die is a crushing, down-tempo slam-fest of an album; and a good justification for why Alpha Wolf have become one of the most talked about up-and-coming Aussie metalcore acts. After a quick, moody intro, the opening title track a quiet place to die delves right into that slow, djent/metalcore sound the boys have become so renowned for. An intensity screams out on every track of the album, led by vocalist Lochie Keogh’s passionate and unrelenting growls. After making his debut with the band on Fault, Keogh cements his place as frontman with his devastating vocals on this new record.

Brutal one-liners like “I’m not religious but I know a double cross when I see one” on Creep are sure to incite some aggressive call and response action at the band’s next gig. If all else fails, the short but heavy-as-fuck “Watch the bodies drop” on Akudama, accompanied by fast and hard instrumentals, is sure to inspire a thrashing mosh pit. Other tracks on the album give these hard-hitting lyrics a darker side, with a much heavier message clawing out from beneath the unforgiving screams. Lines like “You took your own damn life/where was my fucking goodbye?” on Golden Fate; Isolate and “If I were you/I’d want to kill myself too” on Restricted (R18+) show a more serious undertone to the band’s signature groovy, yet aggressive, metalcore style.

Despite being a metalcore record, Alpha Wolf still manage to switch thing up a bit from song to song. While tracks like a quiet place to die and Acid Romance hit each slow note forcefully and deliberately, Akudama and Ultra-Violet Violence pick the pace up with fast, funky guitar work; each style never sacrificing the band’s brutality. Things take a much more unexpected, sombre turn on bleed 4 you, which we hear a much more experimental take on their sound. The moody intro of the track is promptly followed by their classic metalcore salvation, before taking a sharp left turn into a melodic, melancholic track–with some female backing vocal harmonies to boot.

Heavyweight core fans will appreciate Alpha Wolf’s dedication to breakdowns across the album, with plenty an anthem to windmill in the pit to.

Despite being a welcome change in pace, it’s not often they mellow their approach; much of the album’s tracklist still favouring the heavier side of things. Above all else, if there’s one classic metalcore staple that Alpha Wolf don’t dare shy away from, it’s a brutal fucking breakdown. Heavyweight core fans will appreciate Alpha Wolf’s dedication to breakdowns across the album, with plenty an anthem to windmill in the pit to. While tracks like Akudama and Acid Romance do it well, no track does the breakdown better justice than The Mind Bends To A Will Of It’s Own: combining some dreadful, slow guitar work, with Keogh’s harshest screams, and a bone-shaking bassline in a devastating clash of sound ripped right out of a metalcore addict’s wildest wet dream. Their dedication to more traditional metalcore elements doesn’t end there either; with Restricted (R18+) bringing in a mid-2000’s metalcore voice sample and Acid Romance adding in a nostalgic gunshot sound effect to bring the track home.

Closing the curtains on this mosh-filled album is another slightly experimental turn for the band on don’t ask…, a mellower track that still hits hard, but in a different way. Capping off the album with a track that’s at times fast, heavy, melodic and sombre, and somehow oddly uplifting, don’t ask… leaves listeners wanting to hear more of what’s to come from these soon-to-be Aussie metalcore heavy weights. A headbanging metalcore record through and through, Alpha Wolf have certainly delivered with a quiet place to die. A mosh-worthy record that puts high hopes on the band’s future, metalcore fans are bound to be keeping an eye out for what comes next—or at least for when Alpha Wolf will hit the stage again.

STICK THIS NEXT TO: Thornhill, Polaris, Diamond Construct