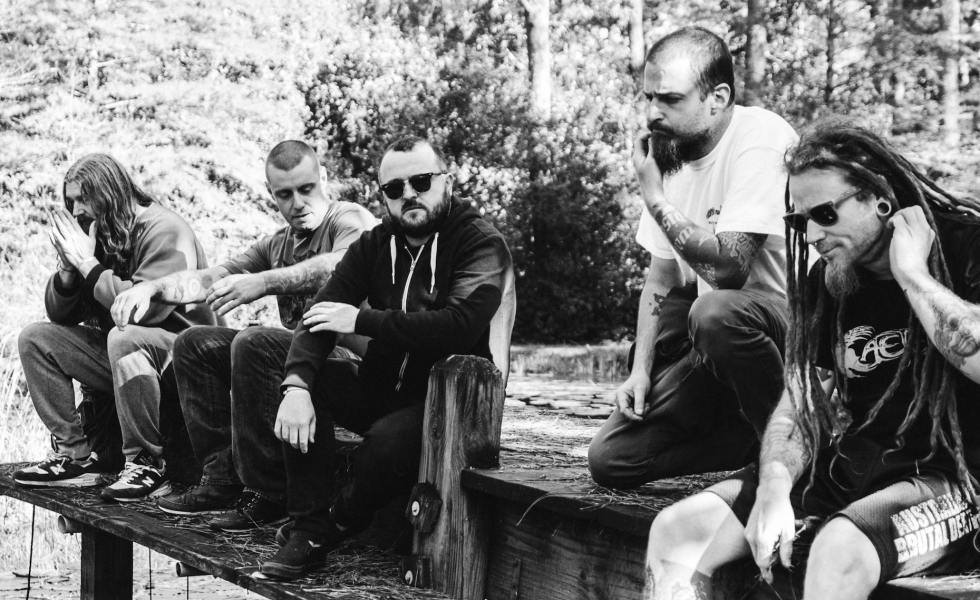 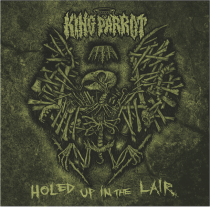 King ParrotHoled Up In The Lair (EP)

Somewhere in a time that seems far away, King Parrot, Australia’s ambassadors of unhinged grindcore, embraced a beautiful moment of deviation from their wall-to-wall touring schedule to harness what will be released as their second EP, Holed Up In The Lair.

In a dazzling display of King Parrot’s ability to focus in, Holed Up In The Lair was allegedly recorded in a four-day-four-track effort in November 2017, while they were, well, holed up in a lair. The Nodferatus Lair studio in Louisiana, in fact. Following from the release of their third studio album, the ARIA-nominated Ugly Produce (2018), what better time than now to pull these tracks together and let them loose on the world, when a manic fix of King Parrot is absolutely needed to jet-set our minds back to those hectic concert days.

Holed Up In The Lair is chaotically King Parrot all over, but it’s also a tidy EP. Across the four tracks, we are exposed to varying strengths of King Parrot’s eclectic sound. Opening with some familiar frantic, high energy thrashy-groove grindcore in the spearhead single Banished, Flawed Then Docile, the EP then pulls back a tinge on the speed in favour of a fast-rocking vibe in Blunder To Asunder, with engaging interchanges between screeching and deeper vocals.

Holed Up In The Lair is raucous, funny, mildly offensive, and radiates well-executed freneticism.

The vocal layering is practically ghoulish on the edgy track Nor Is Yours, supported by some wild rhythmic variations. A punk spirit pervades Nor Is Yours and spills over into the final offering Kick Up A Stink, which is a blueprint for the crazy moshpits of the future. A future that will no doubt come, and when King Parrot bring Holed Up In The Lair to their live set, it’s going to be intense. Holed Up In The Lair certainly captures that spontaneous energy that anyone who has seen King Parrot play knows and cherishes. It is not, however, impulsive or ad-hoc. Four short, tight tracks on a compact but explosive EP; there’s method to the madness of King Parrot’s eccentric songwriting style. Each of these tracks show how their varying musical elements can be knitted together with the threads of infectious attitude. Holed Up In The Lair is raucous, funny, mildly offensive, and radiates well-executed freneticism.

STANDOUT TRACKS: Nor Is Yours, Banished, Flawed Then Docile

STICK THIS NEXT TO: Eyehategod, Discordance Axis, Brujeria