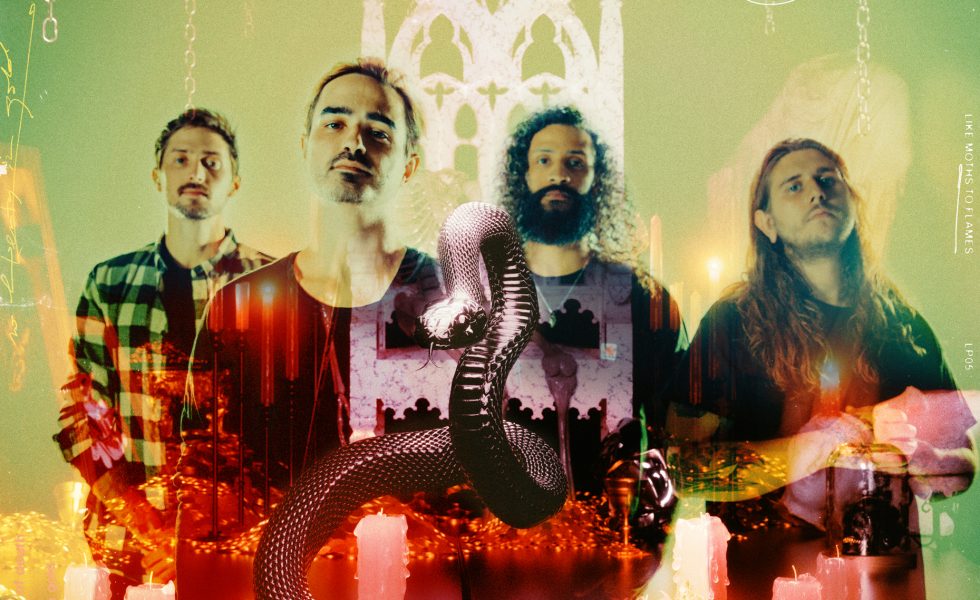 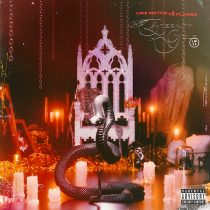 Ohio metalcore heavy weights Like Moths To Flames have truly found their sound in a big way on their fifth LP No Eternity In Gold, a passionate and technically proficient new record that shows off their music in its strongest form to date.

Like Moths To Flames have certainly come a long way from the early-2010’s ‘screamo’ band they used to be. While they haven’t lost their intensity like many bands in the scene do with age, they’ve traded their more conventional, by-the-book metalcore sound for something with more metal foundations and an age-appropriate maturity behind their lyrics.

One of the staples of Moths’ sound that’s showcased on this new record is the band’s ability to seamlessly weave in catchy, melodic choruses into their thrashing verses to make a well-balanced metalcore track. From the opening The Anatomy of Evil all the way to closing Spiritual Eclipse, Moths clearly have a gift for writing melody without compromising intensity. However, there are some notable exceptions, mainly in the form of Demon Of My Own, a heavy track in it’s own right, but one that takes a far more rockier, bass-driven approach that amplifies singer Chris Roetter’s clean vocals. Fluorescent White is another track that gives air to the chorus and show off the clean vocals, but without sacrificing a drop of ferocity from the brutal metalcore track.

No Eternity In Gold is a lyrically compelling and musically engaging metalcore record, and one that might just be Like Moths To Flames’ best to date.

It’s not just the softer tracks that stand out though. Heavier efforts like God Complex use ominous sounding riffs behind devastating screams to build intrigue and diversify the album, with the bonus of a damn good breakdown featuring an erratic riff and the mosh-worthy line “Cut off their head”. A Servant of Plague is another heavy track that sticks out from the pack, with some experimental, djent/mathcore riffs dominating while still letting a catchy hook sneak in through the mayhem. Track to track, it’s clear that Moths’ know their sound well on No Eternity In Gold, with no song sounding out of place in terms of instrumentals or intensity. From the guitar on YOTM perfectly harmonising with the vocals in the chorus to the upbeat riff from Killing What’s Underneath making way into one of the most crushing breakdowns, the album manages to offer some diversity without letting listeners forget that they’re listening to a Moths record.

Just as a cherry on top, there’s still a few classic early-2010’s metalcore blegh’s thrown into the mix in the unclean vocals on tracks like The Anatomy of Evil, a track that might even be sneaking in an intentional reference to the way of the world in 2020 with the line “Finding my comfort in isolation.” Of course, the album’s singles Habitual Decline, YOTM and Selective Sacrifice still stand tall on their own as worthy tracks on the record, mainly to serve listeners a taste of what’s to come on No Eternity In Gold while still leaving some of the best tracks for listeners to find for themselves. Another impressive work from a band that know their genre well, No Eternity In Gold is a lyrically compelling and musically engaging metalcore record, and one that might just be Like Moths To Flames’ best to date.

STANDOUT TRACKS: Fluorescent White, God Complex, YOTM, A Servant of Plague, Demon Of My Own

STICK THIS NEXT TO: Fit For A King, The Devil Wears Prada, Miss May I