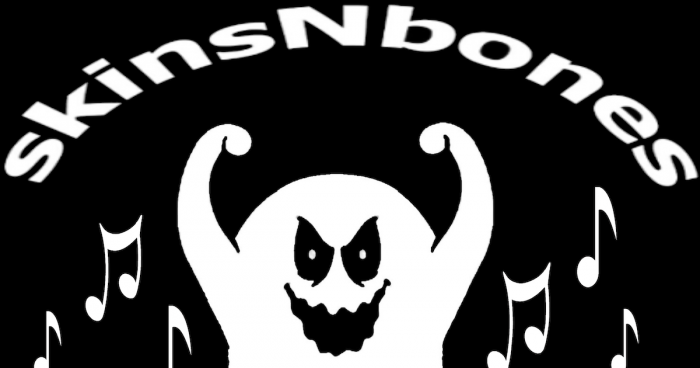 SkinsNbones are an old school Aussie rock band who, alongside tried and true, hard-hitting instrumentals, boast lyrics and themes that encourage listeners to question everything and take nothing at face value.

Their brand-new track Forever On is an ode to mental illness and how differences in people make the world a better place.

“It’s the people who look at things differently that create new ideas and art,” says SkinsNbones frontman Red. “All of these unusual minds are what’s made the world a better place. It’s an ode to people who may be looked at as being a bit ‘odd’ or ‘unusual.’”

In saying that, Forever On is referring to people like Marie Curie, Nikola Tesla and Sir Isaac Newton being posthumously diagnosed with conditions like autism and obsessive-compulsive disorders, as well as people in the modern day being looked at unfairly. “The core message we’re trying to put out there, is don’t accept things the way they are. Don’t look at things for yourself, look at them for society in general, question the individuals.”

We don’t go in over rehearsed; a lot of the creation is actually done in the studio to keep that live, raw energy. Forever On, was mostly done in one take.
[ Red ]

“Our previous song [Boadgee Ghost] was about the environment, and how development can harm the natural environment. Our first single, Is There Meaning, is about PTSD and suicidal thoughts from returned servicemen. It’s asking the big question: Is There Meaning? With that song, we’re asking you to question everything and don’t accept things the way they are, or what you’re being told in the press.”

As for the musical side of things, skinsNbones takes inspiration from bands like AC/DC, Midnight Oil and Led Zepplin, while their recording process keeps it typically old school by staying raw and live in the studio. “We don’t go in over rehearsed; a lot of the creation is actually done in the studio to keep that live, raw energy. Forever On, was mostly done in one take. We go in, we work it out and just try and do it. We use the first takes of most of the parts.”

SkinsNbones have a few more songs up their sleeve waiting to be released, but due to the state of the industry at the moment they’ll be taking it pretty easy, so keep an ear out for their next epic single when it comes.

Forever On is available now.