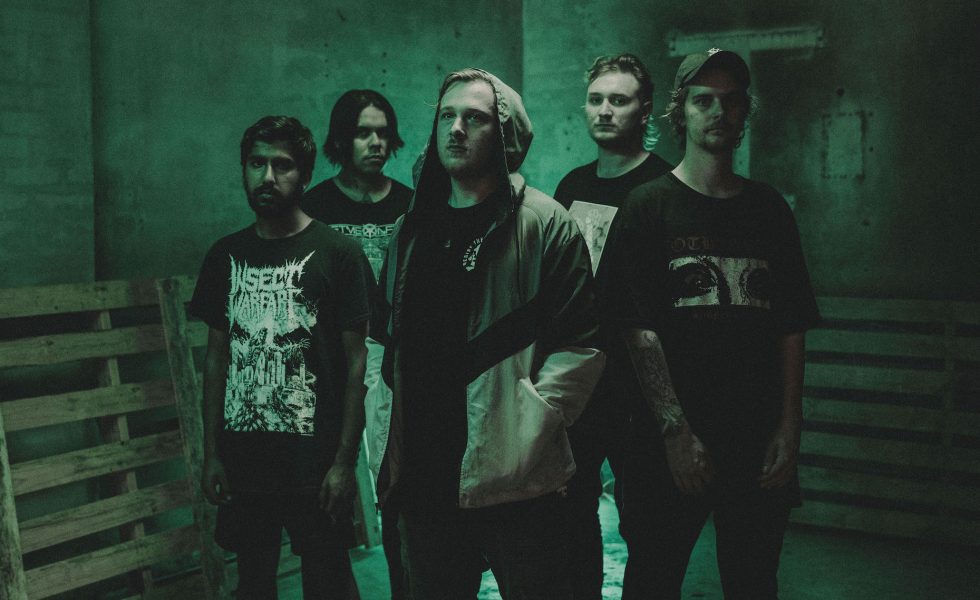 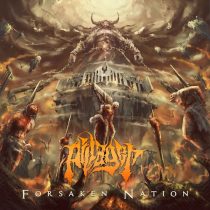 Pillager have brought the noise with their new EP Forsaken Nation, a politically charged deathcore record that’s filled to the brim with breakdowns and blast beats.

The follow-up to the band’s much less refined debut EP Cut Throat, Forsaken Nation takes a great leap in solidifying the band’s sound and style into something more palatable, despite still being a fairly conventional heavy record.

Pillager’s hellish and aggressive sound on Forsaken Nation is clear from the outset, with the album cover depicting a huge demon towering over a burning parliament house. If that’s not enough of an indicator of the band’s more political edge, songs titles like Crime Minister and Cardinal Hell should get the message across.

Opening track White Plague sets the stage for the record perfectly–between the lightning fast drumming, savage vocals and slamming guitar work, it’s clear that this is a teeth-grindingly heavy record. The band even scatter a few atmospheric breaks across the record for good measure, making the heavy stuff hit even harder.

Very reminiscent of similarly political deathcore bands like Thy Art Is Murder, Pillager clearly have something to say–and they’re not holding back.

The record falls slightly into the deathcore trap of feeling a bit repetitive from track-to-track, but not enough to take the enjoyment out of the record. Very reminiscent of similarly political deathcore bands like Thy Art Is Murder, Pillager clearly have something to say–and they’re not holding back.

Each track is packed with intensity and aggression from start to finish, enough to make the listener want to punch a hole in a wall or open up a circle pit. The disgustingly brilliant gutturals and screeches in tracks like Crime Minister from vocalist Kurt Taylor are nothing short of impressive.

The unsettling guitar work on Left To Rot accompanied by a thumping drum outro as well as the insanely heavy vocals on Cardinal Hell are proof enough that there’s more to Pillager than this EP might make you believe; and a reassuring sign that a strong debut LP is in the band’s future.

Forsaken, the lead single off the album, puts the band’s sound together into a neat package; with brutal blast beats, devastating growls and bone-rattling instrumentation, this is clearly the sound that Pillager do best.

A great starting point for an emerging Aussie deathcore act, Forsaken Nation is a massive step up for Pillager, and a sign of good things to come.

STICK THIS NEXT TO: Thy Art Is Murder, The Acacia Strain, Emmure