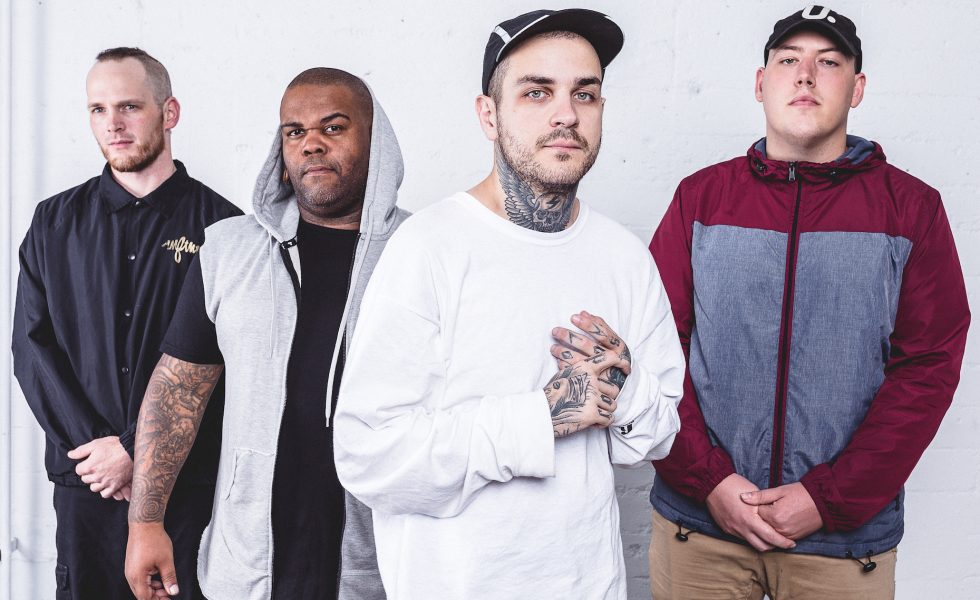 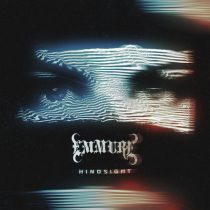 The bad boys of metalcore are at it again. Emmure are back on the scene with their new album Hindsight, another energetic and aggressive record in the vein of what fans and critics alike have come to expect from the band, with a few new twists and turns.

Hindsight, the follow up to 2017’s Look At Yourself, offers more of the slamming guitar riffs and savage growls that have become the standard for an Emmure record. For those who already loved the band it’ll be another solid album; but for those who aren’t fans, you won’t likely change your mind from this one alone.

While Emmure’s distinct sound hasn’t changed much since the days of Solar Flare Homicide, this new record takes the band’s affinity for sampling and electronic influence and dials it up to 100. Hindsight, more so than the band’s previous work, relies heavily on turntables, sampling and electronic effects to spice up that unnerving Emmure sound we’re all so familiar with. Alongside the electronic side, the band’s nu-metal and rap influences are clearer on Hindsight than ever before. Between the spoken word opening to Gypsy Disco and the straight-up Johnathan Davis scatting at the end of Thunder Mouth, this record is clearly inspired by nu-metal titans like Korn. On a whole, the feeling behind Hindsight is closer to a 90’s rap-rock record than a slam/deathcore band.

The mix of distorted instrumentals and screaming paired with low bass tones and the occasional mock Stephen Hawking voice sample sounds like if MacBook playing deathcore was thrown into a bathtub. To some that’ll be a bad thing, but others will just kick back and enjoy the bubbles.

The being said, Emmure are still keeping it heavy. Hindsight is a crazy record that puts together the deep, low-tuned sound Emmure are infamous for and combines it with some entertaining new elements. Opening track (F)inally (U)nderstanding (N)othing puts it well; it’s just a fun album. From that track’s harsh opening riff, the disembodied sample chanting ‘Ladies and gentlemen/boys and girls’, 90’s style scratching of the decks and vocalist Frankie Palmeri’s iconic harsh growls; listeners are prepared for exactly the album they’re going to get–like it or not. Emmure have never been a band whose music is for everyone, and this record won’t change that. The mix of distorted instrumentals and screaming paired with low bass tones and the occasional mock Stephen Hawking voice sample sounds like if MacBook playing deathcore was thrown into a bathtub. To some that’ll be a bad thing, but others will just kick back and enjoy the bubbles.

Emmure’s music doesn’t take a lot of pondering to enjoy, and their songs all the better for it. While tracks like Pigs Ear and 203 have a distinct feeling of being much more personal than they let off, they’re still just entertaining heavy tracks that are meant to be played loud and blow a speaker or two. Tracks like I’ve Scene God show off the old-school heavy Emmure still present on the album–with an unsettling opening guitar riff and thunderous growls, minus a lot of the sampling that’s present throughout Hindsight. The record mixes as cohesively as any good record should, most clearly seen though I’ve Scene God’s seamless bleed-in to Persona Non Grata in the middle of the album.

Even though it’s a well-made album technically, Hindsight does lack the diversity one would expect from a 13-track album of a band that has been around for this long. By the time you’ve reached Pan’s Dream there’s not a lot more to hear that you haven’t heard already. The next track 203 takes a slightly more sullen approach compared to other tracks on the album, but it’s only a minor lull in an otherwise wall-to-wall brutal album.

While their sound hasn’t changed much since their early days, Emmure are a band that don’t neatly fit into any one genre–and this sound is obviously working well for them. Hindsight is another fitting addition to the groups back catalogue; an upbeat and aggressive record that encourages fans to just sit down, shut up, and jump the fuck up.

STICK THIS NEXT TO: Attila, Chelsea Grin, Crossfaith