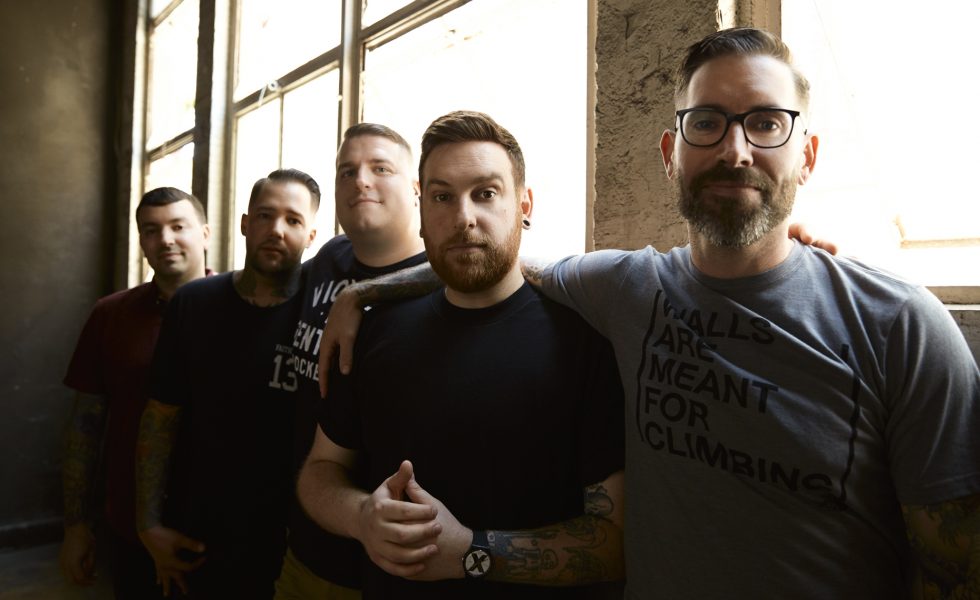 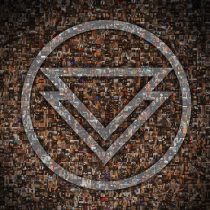 While the line “still swinging” is a hardcore cliché that sits alongside Aussie bands singing about anchors, it’s a phrase that has never been put to better use than describing The Ghost Inside.

MORE: PARKWAY DRIVE: Triumph Of The Underdogs // KICK OUT THE JAMS with Stepson REVIEWS: AVERSIONS CROWN: Hell Will Come For Us All // BOSTON MANOR: Glue // EBONIVORY: The Long Dream I // PALAYE ROYALE: The Bastards // JUSTICE FOR THE DAMNED: Pain Is Power // SOULFLY: Live Ritual NYC MMXIX

A band that have been through hell and back, their new self-titled record is nothing short of a triumph for the Californian metalcore legends.

Between the opening drum fill in 1333 and the words “full speed ahead” in Still Alive–an allusion to the band’s breakout track Engine 45–it’s clear early on that The Ghost Inside is a deserving addition to the band’s back catalogue.

The Ghost Inside’s follow up to 2014’s Dear Youth as well as the band’s first release since their horrific bus crash in November 2015, is a worthy testament to fans that they haven’t lost what they had. Aggressive and emotional anthems Pressure Point and Phoenix Rise hit as hard as classic songs like Outlive and Unspoken, showing off the bands signature hard-hitting hardcore sound. Full of tracks with heart breaking titles like Still Alive and Aftermath, this record carries the weight of the history behind it, making for a moving and emotional listening experience.

The Ghost Inside display sonic maturity while keeping their status as pioneers of mosh-worthy modern metalcore.

The backstory behind this album is harrowing, the songs alone are worth the praise. If you’re not moshing on the spot by the time you’ve reached Overexposure, you’re probably a liar. A 35-minute adrenaline hit, each track just one-ups the last, keeping the feeling of previous albums Dear Youth and Get What You Give while unleashing a whole new intensity.

Despite the bone-crushingly hardcore moments in the album, like Vigil screaming “Fuck this! Fake sympathy” on Pressure Point and breakdowns that get heavier and heavier song-to-song, they haven’t forgotten their melodic side. Between Aftermath and Overexposure’s crowd-pleasing hooks and the welcomed clean vocals in One Choice, The Ghost Inside display sonic maturity while keeping their status as pioneers of mosh-worthy modern metalcore.

Beyond the rocking riffs and brutal vocals is a much deeper message. The haunting spoken words “Am I lucky to be alive?” in Unseen remind listeners of the record’s palpable emotional throughline, from a band who have been through more than most.

Then it all comes to a close with the lead single Aftermath, closing the curtains on an album that drags you in and never lets you go. The Ghost Inside begs the listener to just press play and thrash away–as any good metalcore album should.

An awesome return to form from one of modern metalcore’s greatest acts, this latest self-titled thrasher proves without a doubt that The Ghost Inside are still fucking swinging.

STICK THIS NEXT TO: The Amity Affliction, Architects, Parkway Drive