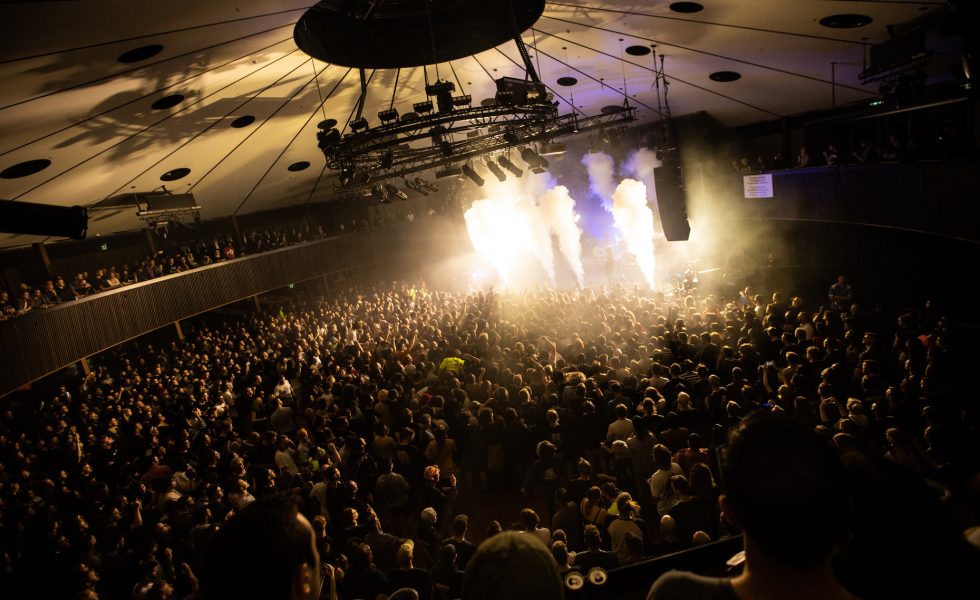 NORTHLANE // Live At The Roundhouse

While nothing can beat that in-your-face feeling of live music that we’re all missing in 2020, Northlane’s latest alternative Live at the Roundhouse sure comes close.

MORE: IN HEARTS WAKE: The Age Of Kaliyuga // DEFTONES: 20 Years Of Whit Pony REVIEWS: NOFX/FRANK TURNER: West Coast Vs. Wessex // MAKE THEM SUFFER: How To Survive A Funeral // EMMURE: Hindsight // FANGZ: But No Thanks // IN HEARTS WAKE: Kaliyuga // PILLAGER: Forsaken Nation

Recorded at a pivotal make-or-break time for the band, you’ll kick yourself for not being there in person; but a live show like this from the comfort of your own home ain’t half bad.

It’s an energetic start right off the bat with Talking Heads, a clear audience favourite from the immediate wave of headbanging and the chorus of cheers. While Northlane’s setlist is missing a few notable hits from former album Mesmer like Heartmachine and Colourwave, the Alien-dominated setlist that the band plays is clearly no issue; as hits from the Aria-winning album like Details Matter and the live debut of Jinn get nothing but love from the crowded masses. 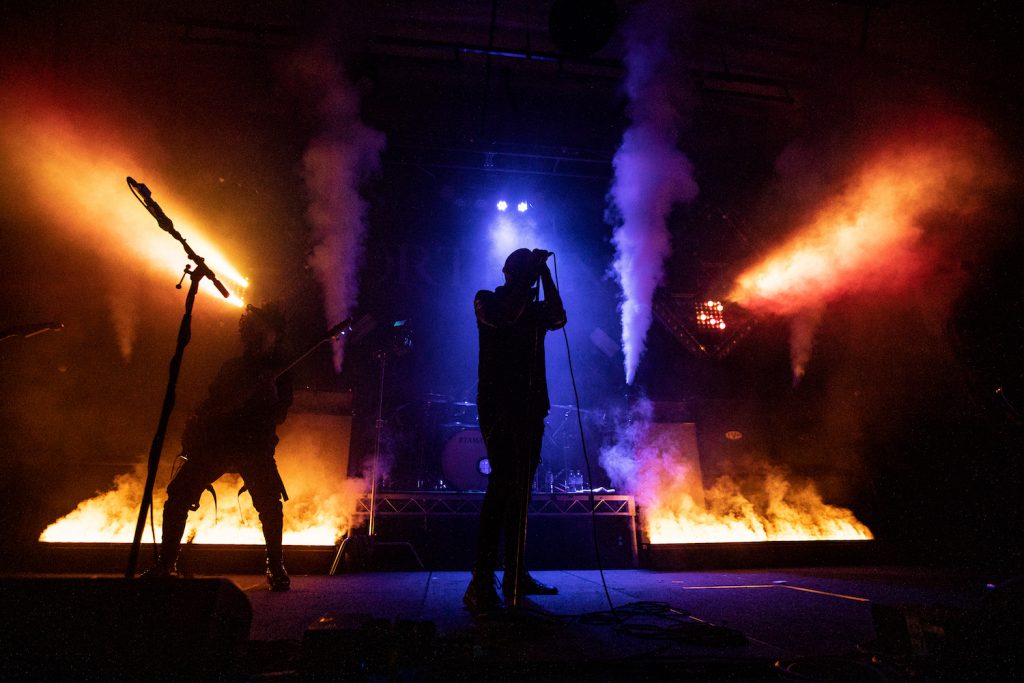 Northlane Live at the Roundhouse

The recording of the show is nothing short of state of the art, with a HD, multi-cam setup giving viewers a much more detailed view than they could ever get from a regular live show. With some wide shots of the packed crowd, an impressive camera rig around drummer Nic Pettersen’s kit and some great, close coverage of each member onstage–paired with an already impressive live lighting rig–the show gives viewers an in depth experience that comes as close as anything to being there in person.

The whole listening experience is so clean and polished despite the raw brutality of Northlane’s performance that it almost feels foreign for a band in the metalcore scene.

The main star of the show is vocalist Marcus Bridge, with much of the coverage dedicated to him belting his heart out on the emotional and highly personal tracks; with much of Alien’s lyrics being inspired by Bridge’s harrowing upbringing. His performances of tracks like Bloodline and Sleepless are nothing short of inspirational, with the singer cementing his place as the true voice of Northlane for anyone that wasn’t sure yet.

The live audio recording of the concert is incredible too, with Bridge’s stunning clean vocals and devastating screams sounding as crisp as an album recording yet raw and visceral. Each instrument onstage from the shredding guitars to the thumping bass, drums and programming deliver just as well as the vocals, creating a complete and fulfilling listening experience to match the great visuals.

Watching Bridge onstage singing Sleepless with so much passion that he’s brought to tears is a truly beautiful moment to be caught on camera, with the clear weight of a life lived coming to the surface through the music and band that mean so much to him.

On an emotional level, the viewing experience of Live at the Roundhouse feels oddly intimate–as if you were there yourself watching the band play their hearts out. From the audience cheers on fan-favourite classics like Rot to the sweat dripping off each member as they exhaust themselves physically and emotional throughout the whole set, it feels like a privilege to be experiencing this seminal moment in Northlane’s history for those of us who couldn’t be there in person.

Viewers will feel as engaged through the heavy screams and crushing instrumentals of tracks like Intuition as they will through the anthemic clean singing of Freefall, with the fast-paced and aggressive setlist hooking audiences in and never letting them go. There’s never a point that the show feels like it’s dragging, with tracks like 4D and Vultures in the latter half of the set keeping the energy high and the crowd moving–with viewers from home sure to be tapping a foot along. 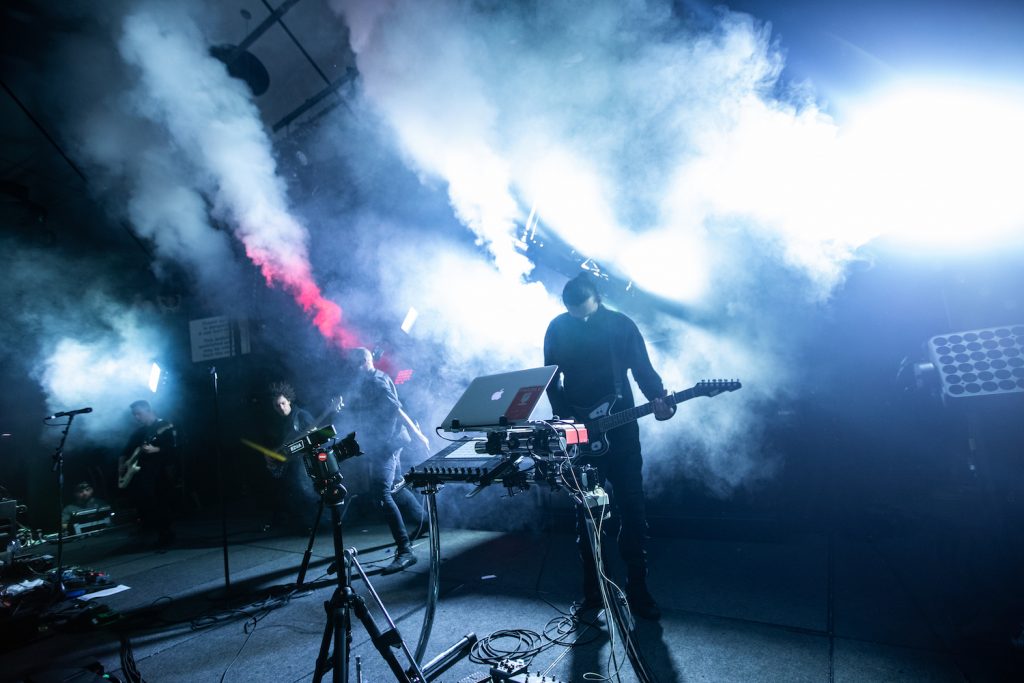 Northlane Live at the Roundhouse

The use of programming across a number of Alien’s tracks in the live setting blends in seamlessly into the more traditional metalcore elements from the band. The whole listening experience is so clean and polished despite the raw brutality of Northlane’s performance that it almost feels foreign for a band in the metalcore scene; but with concerts from home being the new normal, hopefully recordings like this will be something we’re seeing a hell of a lot more of.

While it may be sometime until fans get to see Northlane live again, Live at the Roundhouse is the perfect antidote until then.

The audience’s reaction to tracks like Obelisk and Citizen are a clear indication of how great a gig this really was; and watching the crowd go nuts for this incredible show will leave any seasoned heavy music fan with dreams of returning to the mosh for another circle pit or wall of death.

As if the main set wasn’t enough of an experience, the band kick it up to a whole new level entirely with the passionate and tear-jerking encore, as the band return to the stage after a quick, sparkly costume change for the touching track Sleepless, in which Bridge sings about cutting ties with his estranged mother, as well as the only song from former vocalist Adrian Fitipaldes’ discography on the setlist, Quantum Flux.

Watching Bridge onstage singing Sleepless with so much passion that he’s brought to tears is a truly beautiful moment to be caught on camera, with the clear weight of a life lived coming to the surface through the music and band that mean so much to him. Followed by Quantum Flux as a dedication to the fans that have seen them through thick and thin, this is no doubt a concert that will be remembered for years to come by fans and new listeners alike.

Northlane are a band that have been through a lot in recent years, but if Live at the Roundhouse tells us anything it’s that we should all be glad that they’re still here making their unique brand of metalcore and playing incredible shows like this. While it may be sometime until fans get to see Northlane live again, Live at the Roundhouse is the perfect antidote until then.

For more of the story behind what got them here, check out Northlane’s Negative Energy documentary on YouTube.

Get your tickets now to Live at the Roundhouse, streaming August 21-22. 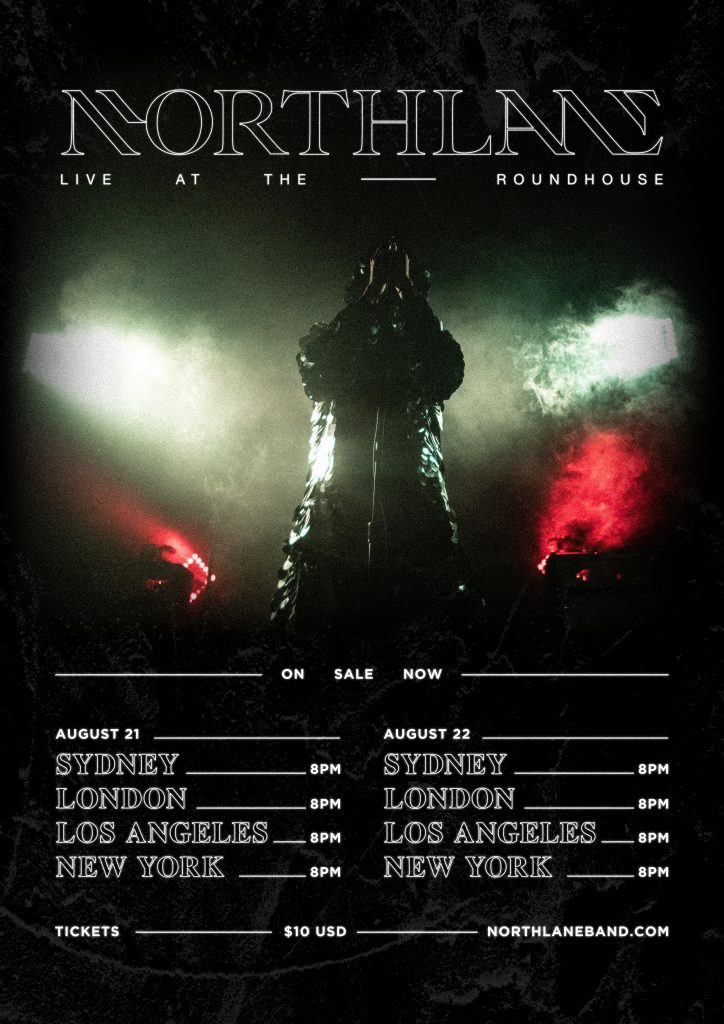