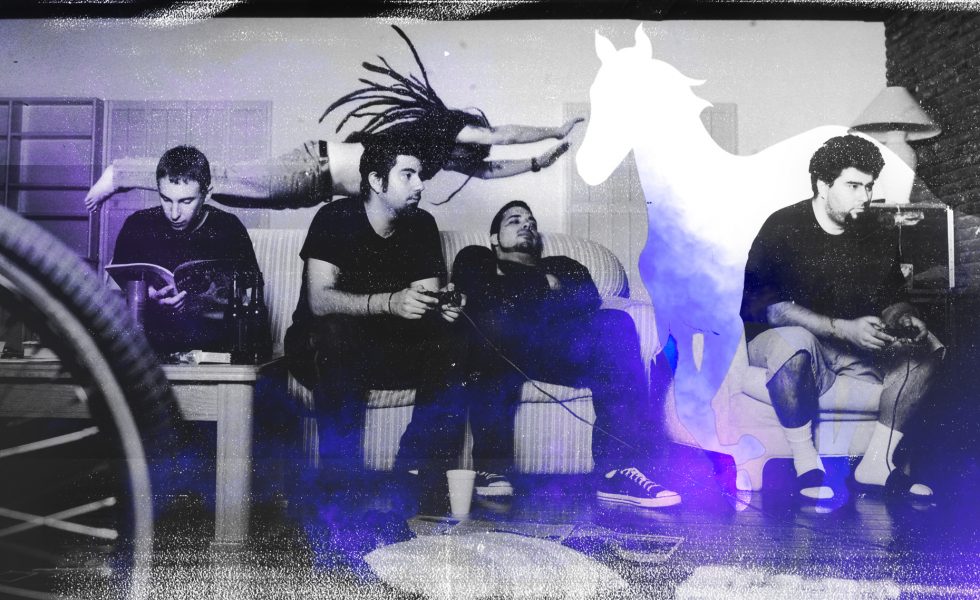 Making the most of the world as it is, Californian alternative metal giants Deftones have certainly been busy.

Not only do the band have a new album on the way–the long awaited follow-up to 2016’s Gore–but they’re also celebrating 20 years since the release of their most iconic album White Pony; with a reissue featuring the remix album Black Stallion on the way.

The band held a virtual press conference over zoom to celebrate the reissue and talk everything White Pony and beyond. Looking back on their recording process for the iconic album, for Deftones’ frontman Chino Moreno, it’s clear that White Pony meant as much to the band back then as it does to fans today.

“Just the outlook we had on what was to come, we didn’t know. We were just kind of going with it, and it was like a whirlwind, man. From the time we started making the record through the first day releasing it and touring it, it was just a blast, man. There were a lot of people paying attention, so we were living it, man. It was a good time for sure.” says Moreno.

We had hopes that what we were doing was something a little different, and we were taking a chance, making [White Pony] at the time and the climate that we put it out in.
[ Chino Moreno ]

Released on June 20, 2000, White Pony is Deftones’ third album–following Adrenaline and Around the Fur–and their most successful to date. White Pony was a huge turning point for the band and despite being a life-changing release for them, according to drummer Abe Cunningham, the band had no real expectations for what was to come.

“When you’re in the middle of doing it, it’s kind of, I guess some bands set out to try to “We’re gonna make this,” but we never really have a plan, we sort of just go in, and, for better or worse, let it happen. And that’s one instance where it really, we were all clicking together, and it worked so well. No expectations though, it’s brand new. Once you make it you just have to put it out and if people like it, you hope that they do, but it’s out of our control at that point.” says Cunningham. 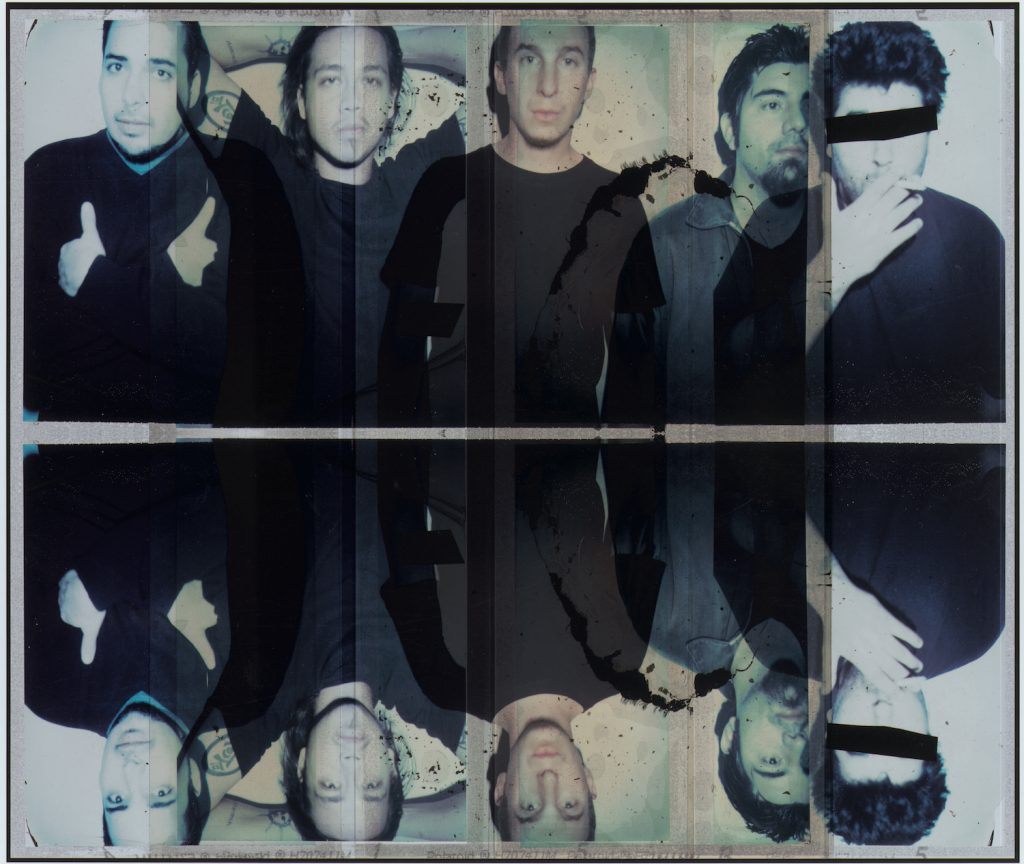 It’s safe to say that many people did like White Pony in the end, but after 20 years some artists would look back on their work through different eyes. According to Moreno, Deftones are just as proud with White Pony now as they were when they set out to make the record.

“We had hopes that what we were doing was something a little different, and we were taking a chance, making [White Pony] at the time and the climate that we put it out in. So, it was definitely taking a chance, but I feel like some of the best records, not even Deftones records, but just records in general that I’ve learned to love over the years have always been records that you don’t understand right away or they don’t fit a certain mode—or when you first hear it, it kind of takes you a minute to get a clear picture of what it is.” says Moreno.

“I feel like [White Pony] always sort of had that quality to it. I really think that that helps lend to why that record is still sort of, has that importance to us and to a lot of other people.” continues Moreno.

We were just naughty kids, and we liked to see what kind of trouble we could get ourselves into.
[ Chino Moreno ]

It didn’t take long for the conversation to turn to the future of Deftones. One thing that their as-yet-untitled new album has in common with White Pony is the band’s return to working with producer Terry Date, who collaborated with the band on their first four records. Looking back on their previous work with the legendary producer (who has worked with Slayer, Bring Me The Horizon, Smashing Pumpkins and Pantera to name a few), the band sound excited to reunite for the new album–even if that means less slacking off on their end.

“I mean [Terry Date] definitely does have the tendency of “It’s time to work boys.” We were easily deterred by anything, like someone having an idea like, “Let’s ride our bikes up to the store right now and get some forties” like, “Okay, let’s go.” We were always down to just get into adventures; we were playing a lot of video games at the time: a lot of Tony Hawk Pro Skater. I think it just came out like during the making of that record. So, we just liked to waste time any time we could. We were just naughty kids, and we liked to see what kind of trouble we could get ourselves into. He was very good at bringing us back in to keep focus on what we were there to do, but at the same time letting us sort of be us.” says Moreno.

“It’s kind of funny, like you don’t want to piss off dad. Know what I mean? Don’t piss off dad. We could do a million things, and we’ll just get him so pissed. Actually, we’ve tried to get him to quit on every record. He actually quit Around the Fur: [White Pony] was like, “Done with.” We would get him so pissed that his glasses would get fogged up, and he would be biting his lip. And, then it went on to the next record and on and on and on so. Love you Terry.” says Cunningham.

All jokes aside, keyboardist Frank Delgado added about the band’s work with Date:

“I think the one thing that’s always stuck out with me with Terry is he was one of the first people to kind of tell us, “Don’t be afraid to try new things with other producers.” I think he saw that we needed to expand at some point and learn from other people. I think that shows a lot of how smart that man is and showing he cared about us. So yeah, I love that guy.” says Delgado.

As far as how the new album will be affected by Date’s presence, it sounds like it’ll be more of another step in the band’s evolution rather than just a step back to the White Pony days.

“I’d probably say we’d like to think that we’re making steps onward and upward. I mean, it’s definitely there. There are some things there that are Terry Date-isms, I guess, but more or less, I don’t think we ever look back and say, “I hope we make a record like this one or that one.” It’s always about trying to tread new ground and, at the same time, maintain what we’ve done over the years. So, it’s a mixture of all that kind of stuff.” says Moreno.

Looking back through Deftones’ impressive discography, many have wondered what will come of the band’s planned but unreleased album Eros–containing the last of the band’s material featuring former bassist Chi Cheng before his car accident in 2008 and subsequent death in 2013. According to the band, between the reissues of White Pony and the recording of the new album, releasing Eros couldn’t be further from their current plans. 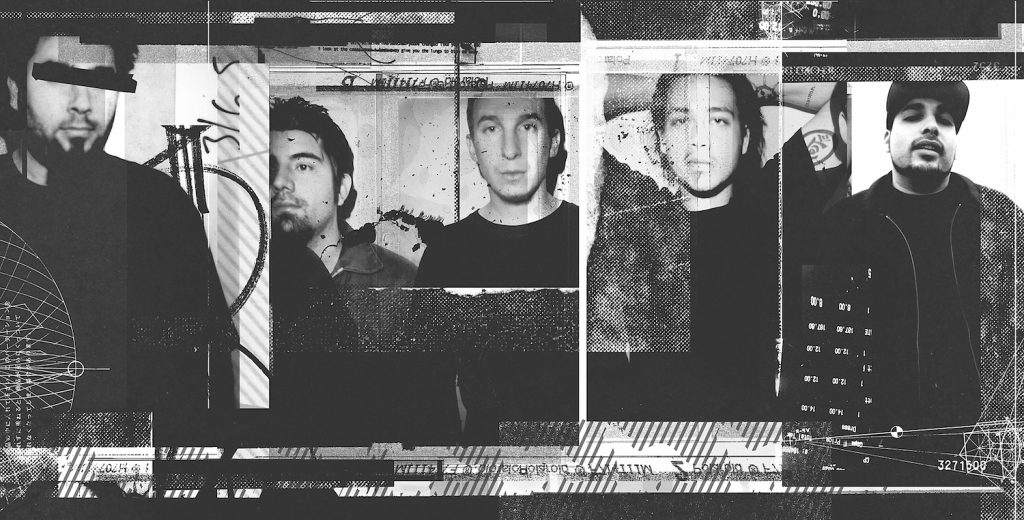 “I mean, because we’ve been working on [the new album] and also with the reissue of White Pony and all this stuff that we really haven’t put much time or thought into [Eros]. I think it’s been said a few times before that the record itself was not finished when we put it to the side to work on Diamond Eyes, so it would probably take an extensive amount of work to actually finish the record and that would pretty much almost be maybe harder than making a new record, because it’s like you’re going back on ideas that weren’t fully fleshed-out and then trying to flesh them out in a different decade, really.” says Moreno.

“So, it wouldn’t be as easy as just finishing up a couple guitars and a couple vocals. I think it’s got to be sort of re-looked at again. For that reason too, I don’t know, I know people hold it special. I mean, we hold it special even though it’s not completed, just because it’s the one Chi last worked on with us, but yeah it’s a difficult thing to just figure out if ever we were going to dive back in and get to work on it. It would definitely be a project—a big project.” continues Moreno.

“Difficult time too going back to that time and reliving that whole. That was a rather difficult time, for all involved and so it’s there, but yeah once again not completed, so.” added Delgado.

As far as the band’s touring cycle for their new album and plans for an Australian tour to replace the band’s Download dates that were cancelled last minute, as is the case for many bands at the moment: it’s still up in the air.

“I think it’d be something that we all have to discuss and whatever we feel more comfortable with as a band. I would want everybody to make the decision collectively and, when we get back to it obviously, everybody’s safety is always probably the first thing. But yeah, I mean we would hope to get back [to Australia] next summer for you guys pretty much around the same time of the year and get down to play. We were talking earlier and how excited we were, like we had a really neat setlist sort of planned for that Download tour, and it was pretty much a mix of a lot of old and some kind of deeper cuts, which was kind of fun to bust out in rehearsals.” says Moreno.

Despite the state of the world at the moment, it seems like things are going onwards and upwards for the band–but with this nostalgic look back at one of the most iconic metal albums of the 2000’s, it’s impossible not to ask what the band would change about the album today. According to Moreno though, as many fans would agree with, the album still stands strong 20 years later, and there isn’t much he or the band would want to do to change it.

“I mean there’s probably like little tiny, maybe … if I were to listen to it, I’d be like, “Oh, I wish I would have re-sung that part or changed this word or whatever.” But for the most part, not really. I mean, it kind of is what it is. I think it’s special because it is what it is. I mean, we talked about it earlier today when we were asked about remastering the record and as much as technology changed since then, I don’t think it’d be a good idea to mess with it. It kind of has stood the test of time so far and didn’t sound dated to me.” says Moreno.

“I would hate to know what would happen if we tried to modernise it, how that could be … That could be a trip, so yeah I kind of like to hope that what makes it special is all those little idiosyncrasies and all those little things that make it what it is.” continues Moreno.