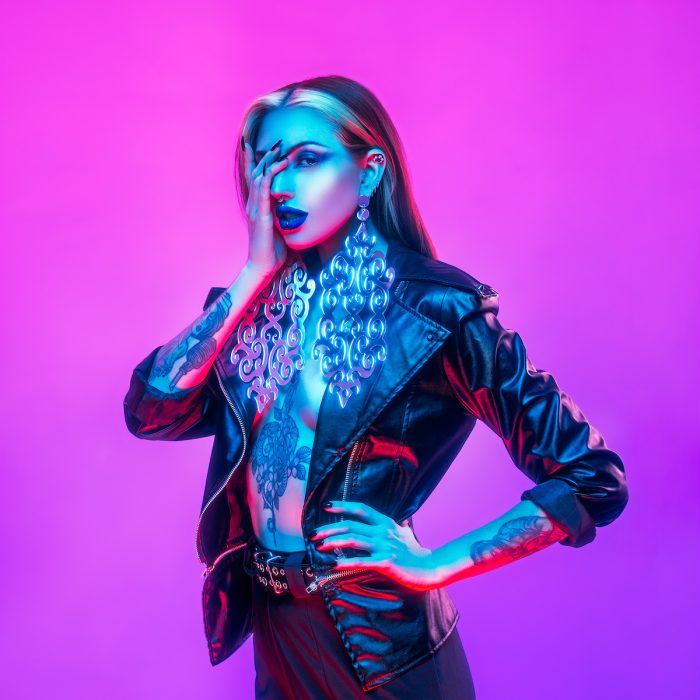 Say hello to one of Australia’s most exciting up-and-comers, Alex Andra.

The solo voyage of Perth’s Paige Savill, Alex Andra, has dropped Infliction, and it’s just what pop-punk dreams are made of.

The hugely anthemic track takes cues from 2000’s heavyweights like Paramore and My Chemical Romance, but will be just as spin-worthy for fans of contemporary outfits like Yours Truly and Stand Atlantic. It was inspired by the toxic relationship between social media and its users.

“Whilst offering its riches, it is also a vessel used to exploit, dehumanise, bully and capitalise off of our very human desire to be loved by the wider public. For me personally, growing up wanting to be like the stars on television, social media seemed to provide me with a platform to build my own stardom. It’s been a venture of determining self-worth & self-love, and doing my best to remain my true self whilst also somehow monetising my body, image and voice.” says Alex Andra. “This relationship is one that entangles my daily activities and I feel that I am complicit in it because my art only exists within its constraints. Well, that’s what I’m exploring, anyway. With a large, ever-changing engine like social media, we, the people, can expect a future consisting purely of human desire and capitalism fighting for control over the wheel.”

Savill has also shared its music-video, equal parts enticing and uneasy. Throwing pop-punk and emo influences at the wall, it brings together bright colours and darker, moodier themes.

Alex Andra is the first solo voyage for Savill, who also fronts new-wave synth-pop band I Call Val. She released her debut single Not The Beginning, earlier this year and also became the first official signing to Doomity Records.

Infliction will be available for streaming and purchase on September 25th.

STICK THIS NEXT TO: Paramore, Stand Atlantic, Yours Truly