MARY ROLL // Rock On A Roll

Jun 07, 2022 / WORDS Chanel Issa / Mary Roll are on a roll! Catch our interview with the band, and their brand new single, here. 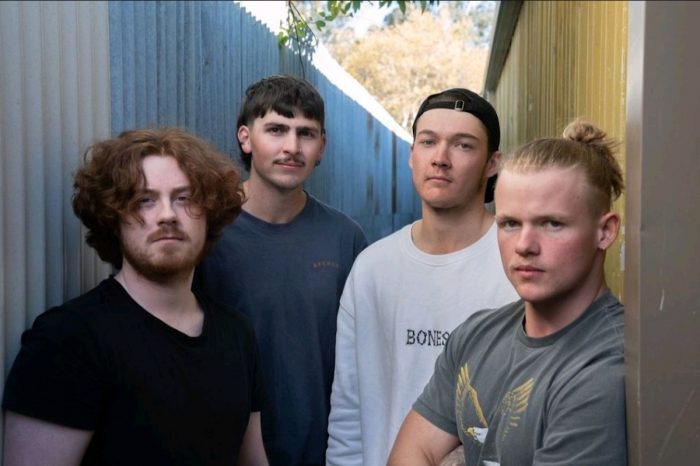 Last year, we called Mary Roll ones to watch, and we’re saying it again. So if you didn’t hear us out, take this interview as your sign to jump on the hype train.

Following on from There’s Nothing Left For Us, the Albury natives have shared the equally electrifying Get Back. We got frontman Finn Lockley on the line for a chat about it.

Hysteria: What’s the story behind the new single, Get Back?

Finn: We started messing around with some different song ideas after we released our EP. With Get Back, we had this riff and it stood out. It was very repetitive, and at first, we weren’t sure if people would like it, but then we viewed it as a cool pump up song, so we started using it as our opener for gigs.

We were trying to figure out some catchy lyrics to stick with it. We ended up with the line get back screamed out, and it worked so well with the song.

So you released your debut EP back in 2020. How are you finding your sound or style of creating music has changed since then?

Our 2020 EP was a bunch of boys coming together to write some songs and figure out what worked. For better or worse, we got some cool songs out there. A lot of them stuck and are still staples in our setlist. In the Woods, for example, is one of our favourites to play.

The main difference now is we’re a lot more collaborative. In the past, one of us would have a song, and we’d just copy what they did. Now, someone will have an idea, and we’ll work on it together. When we did the EP, we were trying to figure out our sound – were we alternative, Oz rock, punk, grunge?  It’s odd, but we found out we were a mix of all of them.

When we did press last time, we were tagged as Aussie punk. We were speaking about it the other day, and it’s a weird thing to consider. We call ourselves alternative to a point. But this idea of being alternative punk sits well with us, honestly.

Give us a view inside the recording studio; how’d this one come together?

We worked with a genius, Simon McKenna. We’ve worked with him a few times now. We were in the studio, and he said he’d listened to the song and had some ideas for it; show me what you’ve got and what you think will work. We showed him our stuff, and he had his comments on what he liked. Instead of being a yes man, he had ideas that helped us.

In the end, we went from an early 2000s styled White Stripes indie/heavy track to this 70sesque Iron Maiden, British metal/rock piece that works really well. It’s a big departure from our other sounds. It shows we can do more than one thing, and that shows in our next few singles too. One of our next singles is Audioslave inspired and very American protest-sounding. The next is very 90s breakup with a big chant in the middle. There are a lot of cool different styles we’re showing in our music, but we’re also sticking to alternative punk.

What’s in store for the rest of this year?

We have an EP in the works; at the moment, we’re aiming for five or six songs. We’ve got another single that should be coming out in August if everything goes to plan. And then another one called Heartache which is my personal favourite and that one should be out by the end of the year.

We want to get some traction for the EP with the singles and then do a bit of a tour around our area – go from Albury to Melbourne, to Sydney to Canberra and visit some of the towns around here.