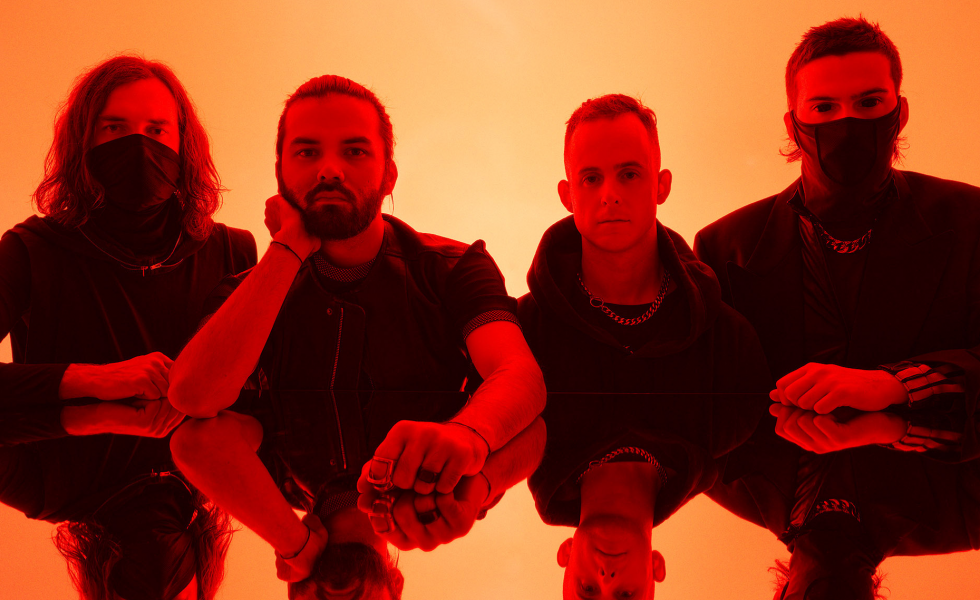 NORTHLANE // Marcus Bridge Chats ‘Obsidian’ And The Mental Health Difficulties That Lead To Their Most Ambitious Release To Date.

If there is one thing that Northlane’s 12 year tenure shows us, it’s that as a band they have never been afraid to adapt.

With the group seemingly trailblazing every trend in modern day metal, to then jump ship and try something completely different for the next release, Northlane haven’t just highlighted their diversity as a band, they’ve highlighted how diverse and unrestrictive metal can be as a genre.

Now on album number six, Obsidian, the metalcore juggernauts have taken things a step further, tying in electronic drum and bass samples, hip-hop breaks and hard-hitting trance soundscapes that could easily be found on iconic 90’s albums like The Prodigy’s Music For The Jilted Generation.

According to Marcus Bridge, it all comes down to the confidence that the band has gradually established throughout each album release, with them now feeling like they can back themselves into any musical territories.

“I think after the Alien cycle, we kind of have a lot more confidence to step out and do different stuff.”

“I think we experimented with more of an electronic sound on Alien, which gave us a lot more freedom to be like, ‘okay, well, people are actually into these more electronic sounds. And let’s see how far we can take that.’”

“But I guess at the same time, we’re never trying to abandon our old sound or any of the elements of our sound that we’ve come up with in the past. We’ve always tried to keep it still sounding like Northlane, but then add these new things.”

“I think what we set out to achieve with Obsidian was just to kind of expand what we’ve been doing and to push it as far as we can and see where that takes us. And I think that’s what I think has happened.”

But I don’t really want to talk about my, like, family drug stuff anymore. I just want to leave that behind me now, and I guess, focus on my anxiety … But then hopefully focus on something a bit more positive down the road.
[ Marcus Bridge ]

“But in the end, I feel there is a bit of everything in this album. There are some very Mesmer kind of ambient, melodic moments and the same with moments that are similar to the ambience of Node. But then there are also some really heavy moments, like Clarity, the first song on the album, which is kind of reminiscent of early songs like Genesis/Scarab.”

When noted that Genesis/Scarab is quite the throwback reference and one that’ll get a lot of fans buzzing, Bridge laughed and said, “Yeah, we haven’t really done anything like that in a long time.”

“But it has a similar kind of speed and pace. But it wasn’t necessarily a conscious thought to try to encapsulate all of Northlane’s sounds into this album. It kind of just ended up happening.”

“Over the years we’ve kind of pushed everything pretty far and now we can kind of play with all of the toys in the toy box.”

Which is something that resonates especially in Bridge’s lyrics, which took more of an introspective turn for this release, as opposed to the autobiographical commentary of Alien.

“I was kind of a bit thrown off by the response I got from my family when Alien dropped, but I still didn’t want to end it like, oh, sorry, guys. I won’t say anything else. I wanted to still be like, ‘alright, I don’t really enjoy getting this backlash, but, it’s also not fair that I’m getting this backlash.’ So here’s my kind of last little piece of ‘yeah, just because you’re upset by it doesn’t mean you understand what I’ve gone through.”

“But I don’t really want to talk about my, like, family drug stuff anymore. I just want to leave that behind me now, and I guess, focus on my anxiety … But then hopefully focus on something a bit more positive down the road.”

Which begs the question, is the lyrical turn towards topics of Bridge’s personal anxieties an indication that his ongoing mental health issues may have been heightened and if so, is he doing alright with the pressures of everything involved in the release cycle of Obsidian?

“Well, I appreciate you asking that,” he humbly responds, “I feel like I’m doing alright at the moment, and I think something that’s going to really improve my mental health is getting back to playing shows.”

“By the end of the Alien album cycle, I was feeling very burnt out, whilst simultaneously  getting this backlash from family and stuff. And during that time, my mother actually passed away as well. And I was feeling a lot of thoughts like, ‘did I do the wrong thing?’

“And I don’t know if I can answer that. I stopped doing press towards the end of that tour, because I just couldn’t answer any more questions about the songs. But then after that we had, like, a year off, now that we’ve had two years off, I’ve realised how much I need to be playing shows and how important it is for me to be able to get that energy out.”

Speaking more on the upcoming Obsidian tour and the large scale venues it will be stopping into, Bridge eagerly stated, “It’s just so exciting to be getting back to playing and playing these new rooms that we haven’t played before, or don’t get the chance to do very often. And I think after being away for so long, the shows are going to really be a big release for a lot of people, including us and the fans.”