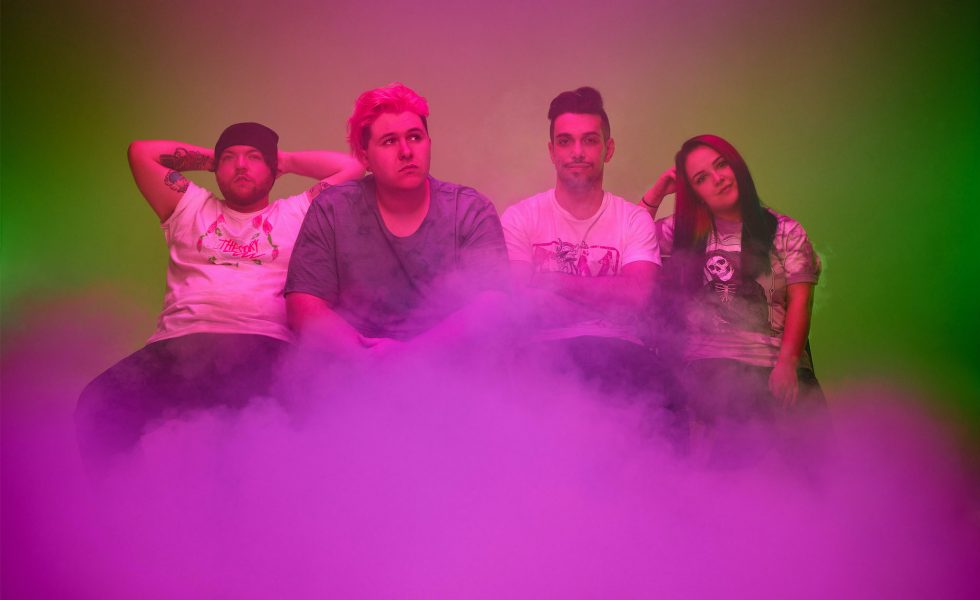 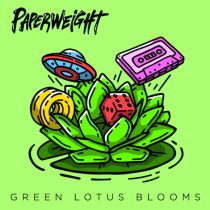 After the last couple of years, we reckon we’re all in need of a good dose of sugar rush pop-punk.

And that’s exactly what Paperweight has delivered on their debut EP, Green Lotus Blooms.

Coming in at just five tracks, the EP is short and sweet but delivers one heck of a punch. Opener … Pilot is more mellowed out with frontman Haris Dillinger and his faithful uke, but it plays host to some heavier lyrics like “gotta get out of my head, I’ve been here for hours” and “I couldn’t give a fuck, I just can’t take anymore.” It’s followed by their recent single Scapegoat, which introduces the energy-packed performances of guitarists Luana Tosti-Guerra and Tom Ballinger and drummer Basil February. And Asteroids! And Where to Find Them, which wins points purely for its nostalgic, slightly extra song title.

As far as Paperweight go, they’ve marked themselves as one of the brightest bands around.

Both tracks are upbeat and will surely summon a sea of waving arms when next brought to the stage. For the most part, the EP does stick to the tried and true aspects of pop-punk – namely infectious choruses, singalongs (we’re looking at you, Tracks) and fun melodies. But there are still surprises within, like the synths on the pop-leaning Fairly Floss. Green Lotus Blooms has captured the essence of pop-punk, wearing the band’s love for the likes of State Champs, Neck Deep and Real Friends on its sleeve. And as far as Paperweight go, they’ve marked themselves as one of the brightest bands around. If they weren’t already on your radar, take this EP as your sign to watch their next steps.

STICK THIS NEXT TO: State Champs, Neck Deep, Real Friends
STANDOUT TRACKS: Scapegoat, Asteroids! And Where To Find Them, Tracks