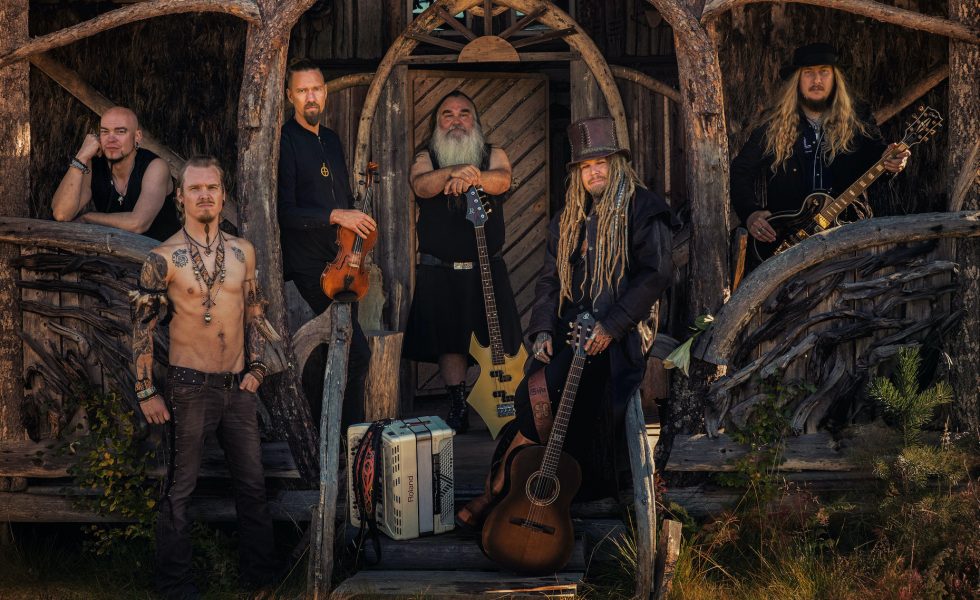 The term Jylhä, while not having a direct meaning, can be described as both majestic and wild/rugged; two things that aptly describe the band and their sound.

To celebrate the news Korpiklaani have shared the music video for leading single Leväluhta, directed and edited by Markku Kirves. In a statement, the band explained Leväluhta (or Levänluhta) to be a spring where the remains of approximately a hundred Iron Age bodies were buried. The origins of the spring are a mystery and the film clip keeps this story going, with the narrator himself playing one of the buried.

The band went on to explain Jylhä to be a collection of tales of folklore, nature, celebration and murder (with one of three tracks covering the infamous Lake Bodom murders). “Jylhä is not just a battering heavy metal record, it’s also our most volatile full-length album to date. For example, some of the new songs feature energetic punk rock influences and there are even some audible laid-back reggae-rhythms, like our first single, Leväluhta”, says frontman Jonne Järvelä.

Unlike other folk metal bands, Korpiklaani began as a folk project. Frontman Jonne Järvelä founded Shamaani Duo in 1993, a decade later this project morphed into what is now known as Korpiklaani.

Jylhä will be available in digital and physical formats, as well as a super limited drop of black and grass green vinyl. Pre-orders will follow soon, keep an eye on the band’s socials for further details.