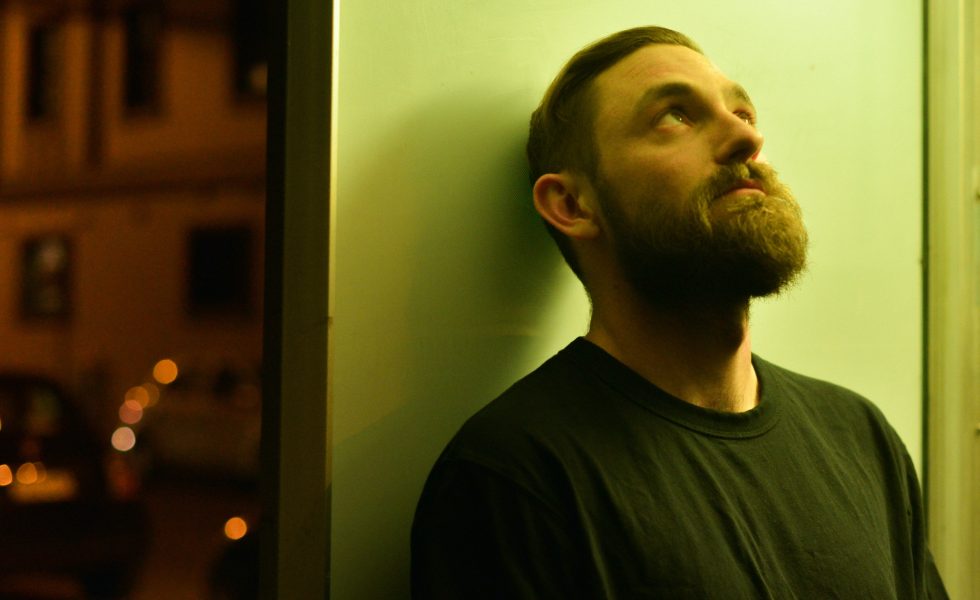 If you haven’t yet heard of Jack R. Reilly we suggest you pull yourself out from the rock you’ve been living under.

The Sydney based dreamweaver has been hard at work for the last few years, perfecting his own unique sound. He’s now released his debut album Middle Everything, an absolutely stunning piece of work. Following its release, we caught up with Jack to chat about how it all came together.

Jack: It’s been a dream since early childhood. I listened to heaps of different music and I had The Rocky Horror Picture Show on VHS as well as The Monkees TV show, I would play them ad nauseam. I was watching the ARIAs in 1999 on TV and I saw Frenzal Rhomb play and it changed my life completely. The next day I decided I was going to be a musician, not too long after that I got my first guitar and started playing.

Tell us about Middle Everything. How did it come together?

It was a pretty long process. Back in 2012, I said ‘I’m writing an album now and it’ll be called Middle Everything’, but it wasn’t too long before I realised how hard it was to write an album from start to finish. I didn’t shelve it, I was always working on it and writing new stuff but I was also releasing material separate to it. I eventually released my first EP Video Tapes, and then did another EP and thought since I had those two under my belt I could get to work on the album.

By then I’d honed my songwriting practice, I had a bit of method that was working for me and it was a bit less sporadic than it was back in 2012. I would write down random things constantly and go walking and meditate a whole lot, I workshopped those ideas into a song, and then another, and before I knew it the album was done. I showed it to Jonno from Cry Club who’s been my longtime collaborator and producer and we just got it done.

What did you find difficult about it?

I just had no idea what I was doing. I knew I wanted to release an album but I didn’t know what was involved and how to craft that experience for a listener, I think I just wanted to say I had an album out. That was quite a few years ago though, over the years with releasing music it just got easier.

I feel more confident and comfortable in the space that I take up in the musical realm
[ Jack R. Reilly ]

Thematically, what inspired the album?

Meditation was the biggest inspiration for it. I’d meditate in the morning for anywhere between five minutes and an hour, and then I’d go walking around the city and take little notes where I stopped in places. I did that for hours [laughs]. Through my meditation practices, I became really aware of what I was feeling about things and just came face to face with my emotions, thoughts and beliefs. I reflected on how I saw both myself and other people and how I fit into this world. It’s really just a look at my identity and how I place myself in this universe but I couldn’t have done it without those meditation practices.

Tell us about working with Jonno Tooke from Cry Club.

It’s always amazing, Jonno is the best musician I’ve ever met. He’s been my collaborator since 2011, I’ve known him since he was playing in high school bands and every project he’s been in has been the best band on the bill, no matter what the show is. He’s an outrageously talented and smart person, I have huge respect for him and his ability. He’s also really patient, he has a very balanced way of looking at things. If I feel things are a problem I talk to him and suddenly they’re not a problem any more. The bragging rights are cool but he’s such a gem to work with. He makes me feel like I’m contributing and that’s so important, both parties have to feel like they’re contributing and he certainly makes me feel like that.

Do you feel like your sound has changed since your last EPs?

The sound hasn’t really changed, I’ve had pretty clear influences since I’ve started and they’ve continued on till right now. Bloc Party, Bright Eyes and The National… all of those influences have been so clear from the beginning. If there has been a change It’s just that my songwriting has gotten stronger, by virtue of the fact that I’ve done more of it. I also feel more confident and comfortable in the space that I take up in the musical realm. I don’t think it’s been a dramatic shift but I do think I’ve grown into my identity as a musician.

It’ll be two seated shows at The Vanguard in Newtown on Tuesday, 10th November. At 6 pm, I’m doing a solo show with support from Jim Dusty from Canberra. After that, we’ll do a full band show with album arrangements of the songs. That’ll be supported by Birthday Girl and will be at around 8.30pm. Tickets are really limited, the band show is sold out and there’s only a few left to the solo one.