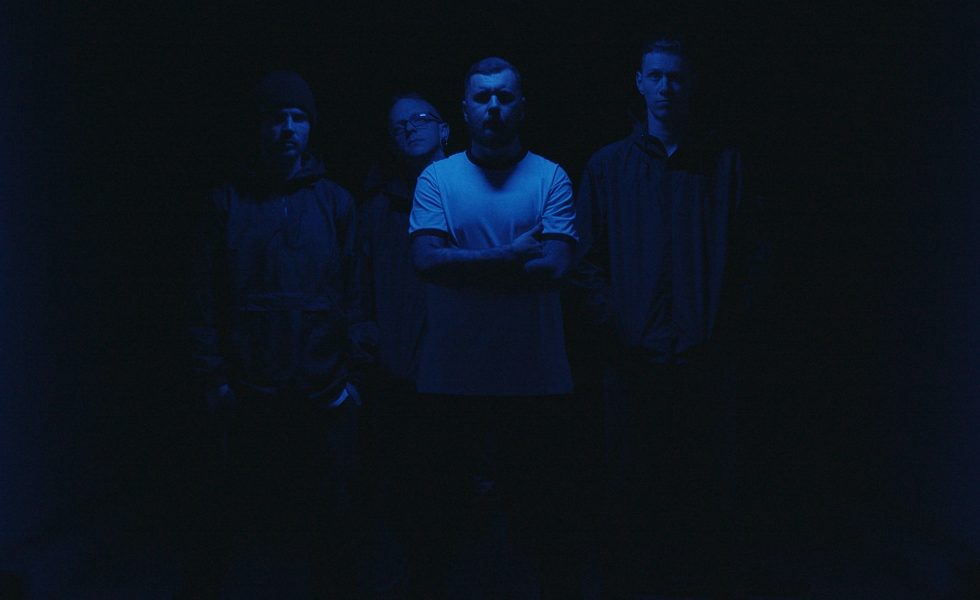 CONVEX // Worn To The Bone

It’s a taste of their upcoming three-track EP, and we wanted to know all about it. Following its release, we got frontman, Chris Dunn, to give us the rundown.

Chris: The band’s been together for five years. Me and two other guys, who are no longer in the band, were the original founders. After recording our first EP, we got a bass player and drummer, then we stuck together for a few years and did another EP and some more singles. A year or two ago, we had some lineup changes since some of the guys moved away for work and uni. Things deteriorated a bit from there (laughs). Eventually, myself (vocals), Ash Pritchard (drums), and our fill-in guitarist James McHugh, who ended up becoming our lead guitarist, picked up Rob Lohan (bass). And then, we became the four-piece we are now.

So we had a few years off. Then we got back together and recorded our new, upcoming EP, which is called DREADSENSE. That will feature this new single Worn, which we also recently dropped a music video for. It’s been a bit funny, but we know so many bands now are going through problems with COVID restrictions and everything. We had a bit of a delay when recording the EP. We’re from Port Macquarie, and we went over to Sydney to do it. It’s about five hours away. During the original recording, Sydney got put into lockdown, and we had to reschedule everything. Thankfully, we did get it all done when things opened up again.

What motivated you to keep on going after all those changes and setbacks?

I know it’s cliche, but the love of the music. The people that were left in the band still had the desire to write. James especially is really skilled at writing guitar and using programs like Guitar Pro, and he’d constantly be writing music. He wasn’t originally in the band, but he’d fill in on shows for us. He was always able to just pick up any instrument and play it, but he’s a really strong guitarist and, since joining, has had a big influence on our sound. So has our bass player. It’s been great to have a new personality around. As a band, we get along really nicely. We work well together, and we’re like-minded. It’s been a bit of a fresh start. And the way we write and chat about things feels good. I think having that four-year break made us want things a bit more. That desire was there to work hard and create something we really liked.

Your new single Worn is killer. Tell us about what inspired it.

The upcoming EP has three songs, and they capture three different emotions – going through a cycle. Worn is an energetic, heavy style song. We wanted something people could really get into and enjoy. But we also wanted to show off our new direction. We’ve had a few different guitarists, and their style has always influenced our sound. So these new tracks will really show the next era of Convex. We wanted to show what we could do.

Lyrically, the song is about being worn to the bone. Y’know, you work so hard that you forget to look after yourself. It’s also that cliche of an overrun machine, where it keeps going but then eventually runs out of oil and self-destructs. It’s told through the song. It’s high energy, but towards the end, you feel worn out.

These new tracks will really show the next era of Convex. We wanted to show what we could do.
[Chris Dunn]

Who’d you record the EP with?

We travelled down to Cronulla in Sydney and worked with Mark Matula Productions. In March 2020, we went down and did pre-production. We’d been practising these songs for over a year. We’d written them, got together in our practice space and nailed them down to how we wanted. So once that was done, we all got time off and travelled down for the weekend to get them done with Mark.

So we got the pre-production done, and then we sat on the tracks for a few months and just listened to them. A couple of months later, we went back down for a week. He had a room we could stay in, so the four of us were there away from work and our families and everything for a week. We just ripped in and recorded everything. We did the drums in the first three days for every track, and then for the rest of the week, we did the guitars, bass and vocals track by track. We had some big days, some ten hour-long ones. But it was a really cool experience, and we hope we can do it again. We have more material that we’re ready to record, but it just depends on everything going on.

At the very least, it sounds like it was a great bonding experience!

No doubt! It was good fun, and it was nice to be there as everyone was doing their parts. And it’d been such a long time too. It was a fair few years since we’d last recorded, so it was great getting back in the swing of it and working on these tracks we’d been speaking about for two years. It was relieving too; we were so pumped.

How’d your approach to this upcoming EP differ from your earlier one, Compromises?

We wrote the music, practised it and then recorded it. On Compromises, we wrote and practised a little, but most of our songs were half or a quarter of the way done before we took them into the studio. This time, we knew the songs really well before we even stepped into the studio, which gave us more confidence.

Who are some bands Convex would love to share the stage with?

It’s kind of funny, we all love heavy music, but we all have different tastes. I’d say any Australian heavy bands though. The likes of Parkway Drive, Polaris, Alpha Wolf and Thy Art is Murder, but also the more local bands. Then there’s also international bands like Architects. The dream is any top-tier metalcore bands or one of those big festivals like Knight and Day or Good Things. Or if Soundwave ever returned!

The idea is to get this EP out. We’re trying to figure out dates and if we want to make another music video. We’re aiming for when things calm down; we want to try to book more shows too. We’ve practised these songs a lot and feel like we can play them well, so now we’d just love to play to an actual audience (laughs). Eventually, we want to get back in the studio and record a longer EP. We want to get that momentum going and get our name out there again.

We do find it’s a bit hard being a regional band. We don’t have that tag of Convex SYD or Convex Newcastle, It’s Convex Port Macquarie, and people are just like, where’s that (both laugh). We get stuck in this bubble, so we want to play more shows out that way as we did all those years ago when Compromises came out.