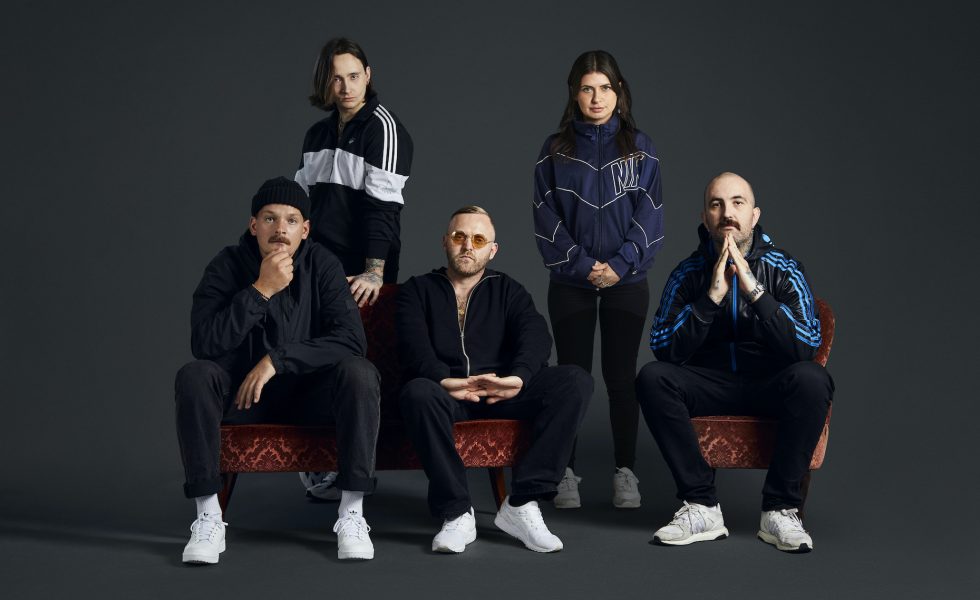 BLOOD COMMAND // Nikki Brumen Discusses Pagan, Blood Command And Why ‘The End Is Her.’

At a point in time, it seemed like Pagan were destined to take over the world.

MORE: CLOWNS: Unleash New Single ‘Sarah’ // TIMES OF GRACE: Jesse Leach On How The New Record Captured Him Reconstructing From The Ground Up REVIEWS: THE BRONX: VI // LIL LOTUS: ERRØR BØY // JINJER: Wallflowers // TURNSTILE: Glow On // LOSER: All The Rage // THE DEATH SET: How To Tune A Parrot

With a rapidly growing fanbase, the Melbourne based ‘black-metal’ inspired group were selling out shows; scoring better and better festival slots and Nikki Brumen, the band’s lead vocalist was even becoming a common fill-in host on Triple J’s ‘The Racket’ segment. Then, in a surprising move, they called it quits.

Disbanding right as they began gaining momentum, it felt like Pagan were destined to become ‘that band’ that would be mentioned in Melbourne beer gardens over years to come with punters reminiscing and stating, ‘I wonder what they could have been’.

“We had just started making waves and doing some really great things, so I took it really hard when we finished.”

As did many metalheads, who saw Pagan as the future of the Australian metal scene. Although, the Melbourne based up and comers breaking up wasn’t bad for everyone, with Norwegian producer Yngve Andersen; who is also the mastermind behind death-pop juggernauts Blood Command, (a group who had recently lost their vocalist) seizing the opportunity.

I didn’t even stop to think about the offer, I just replied yes straight away, he must have thought I was some kind of desperado.
[ Nikki Brumen ]

“When Yngve reached out it felt like Pagan was meant to end,” states Nikki, “it felt like this was always meant to happen and now I’m so stoked that Pagan ended, which I say hopefully without offending any of the guys in Pagan.”

“I don’t think I would have dared to ask Nikki to join Blood Command if Pagan was still going” confirms Yngve. “It was a pretty far stretch to contact someone who lives as far away as it is possible to get from me, who I have never met, to ask ‘do you want to join my band?”

“I had to man up a lot to send her that message because there was a high chance that she would just think I was just some creep from Norway,” he laughs.

“I didn’t even stop to think about the offer” laughs Nikki, “I just replied yes straight away, he must have thought I was some kind of desperado”.

Since joining the group, Blood Command have only released one single, A Villain’s Monologue, which was accepted with rave reviews from the group’s fans; something that wasn’t always a guarantee considering the group has had a loyal fan base since their inception in 2008.

Today sees the release of The End Is Her, the groups newest single, which debuts some dream-pop vibes that may be a surprise for some of the groups fans.

There is some new stuff that we have never done before, we have a saxophone on this one, there is one really Deftones-esque song, which is an area of music we have never touched before; I am keen to see what the fans will think of that one.
[ Yngve Andersen ]

“There is some new stuff that we have never done before, we have a saxophone on this one” laughs Yngve before continuing, “there is one really Deftones-esque song, which is an area of music we have never touched before; I am keen to see what the fans will think of that one.”

“But most of it is just classic Blood Command, but better.”

Dabbling with new soundscapes can often be a scary moment for any group, especially since it is evidenced that metalheads seemingly always think ‘their first EP was better’, so adding a new singer into the midst really proved to be a make or break moment for Blood Command, and the legions of fans who adored the groups previous vocalist Karina Ljone.

“It was pretty daunting” says Nikki, “I really wanted to prove myself, not only to the band but also to the fans, because you do have that added pressure of there being a previous singer that people will always draw comparisons to.”

“While I don’t compare myself to Karina, I just wanted to be able to prove to people that I deserved to be there and was there for a reason. I didn’t want people to turn off the band because they don’t like the new vocalist, that’s just an awful situation for the band.”

“I mainly wanted it to be perfect because I have always loved Blood Command and for me personally, it’s a step up from Pagan, so I had to step up with it.”

With “over 30 new songs” in the works and a massive European tour announced, Nikki “will 100 percent be moving to Norway” as soon as she is allowed to leave Australia, meaning Australian fans may be waiting a while to see Blood Command live. But, in the meantime, the group’s newest record will be available to stream later this year and if Nikki’s word is anything to go by, it’s a release to be excited about.

“You don’t even know what you are in for,” she laughs, “the first time I heard it my jaw dropped and I started crying just thinking, how the fuck am I lucky enough to be a part of this band?”

Stream The End Is Her here.