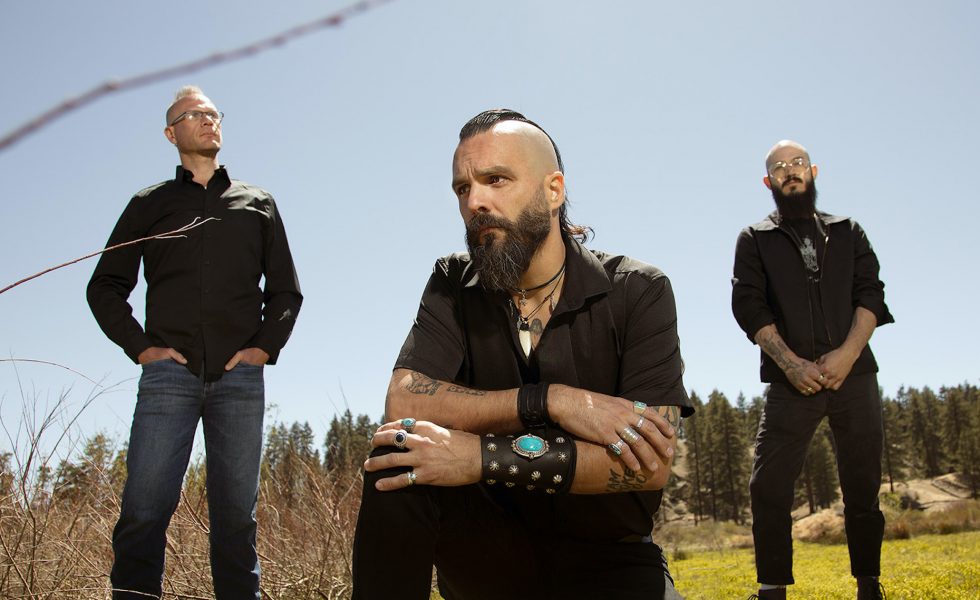 When Times of Grace first appeared on the scene in 2011 with their acclaimed Hymn For A Broken Man LP, the metal world was caught up in the emotional nostalgia of the ex-Killswitch Engage frontman Jesse Leach reuniting with old band mate and metal gatekeeper Adam Dutkiewicz (Adam D.).

MORE: HALLOWEEN HYSTERIA: The Creature Returns From The Undead //  REVIEWS: AFI: Bodies // RISE AGAINST: Nowhere Generation // KENNYHOOPLA: Survivors Guilt: The Mixtape // DZ DEATHRAYS: Positive Rising: Part 2 // ONSLOW: Onslow // TO OCTAVIA: Somewhere in a World, Not of the Dream // TIMES OF GRACE: Songs of Loss and Separation

Fast forward a decade and with Leach back at the helm of Killswitch, and Times of Grace’s second LP Songs of Loss and Separation finally in the can, what began as a seemingly novel reunion has turned into a raw, cathartic and wonderfully deep project for both musicians, usually pigeonholed as metalcore specialists.

“With Killswitch Engage we don’t get a tonne of room to spread our wings – when we were young and full of piss and vinegar that’s one thing – but I love the idea of injecting some more poetic and artistic sounding stuff into my creative output – we can’t really do that with that band,” Leach tells us when we have a zoom call to kick off his press schedule for the release week of Songs of Loss and Separation.

“I love that the record is a bit of a whirlpool and the listener might not know what’s coming next – I think that’s what makes it really exciting.

What’s apparent when listening to Songs of Loss and Separation is how urgent and real each tune feels. It’s not a record made by people who are fans of sad music – it’s a collection of songs by people who have been through the heartbreak ringer and are capturing that experience in musical form

“I was going through a pretty painful divorce, questioning where I stood on my beliefs when dealing with loss … those had all been in my consciousness years ago, and that all came to a head when I realised that someone I had been with half my life, I could no longer relate to anymore,” recalls Leach.

“If that one thing that you think is solid isn’t – where else does your brain go? I re-evaluated everything – a total re-evaluation of existence. That was the context of writing this record.

I had a relationship with the shadow self – my dark side – I was drinking a lot, self-medicating and numbing
[ Jesse Leach ]

“I would widely recommend that to everybody, instead of just staying in your comfort zone and resting in your routines … I did that during this pandemic, staying home – but I’m so grateful that I went through that and I could document it in this record.”

Most notable on the record is the sharing of lead vocal duties, with Adam D. taking over frontman roles on several songs, most notably on closing epic Forever. It’s a move that gives the album a considerable extra layer of interest – and something that Leach reveals came about almost by accident.

“Some of those songs were conceived and written when I wasn’t able to function,” he admits.

“I had a relationship with the shadow self – my dark side – I was drinking a lot, self-medicating and numbing – and the last song Forever, Adam sent me that song and I said to him ‘you really went dark here’, and he was like ‘dude, you wrote those lyrics.’ I couldn’t remember it at all.

“That was a song, I just couldn’t record it, so he would demo it and send it over to me … he was really driving on a lot of these songs, and I told him how great his voice was sounding – it was soulful and bluesy.”

There’s no denying that Killswitch will always define Leach and Adam D. as two of alternative music’s most talented individuals, but one can’t help but feel that this new Times of Grace record allows them to really shine.

Leach agrees, noting that, while Killswitch will always be the priority, the artistic slack afforded in Times of Grace will always bring the best out of them.

“There’s always triumph and positivity that’s injected into what we do – I’ll start with a dark topic but then I’ll think ‘how can I spin this around and make it triumphant’”, he says.

“There’s a lot more freedom with Times of Grace to be more dark and sentimental, and that really fits with what this band is becoming.”

Songs of Loss and Separation is available now.