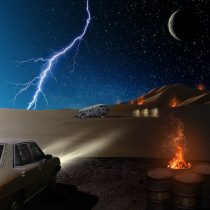 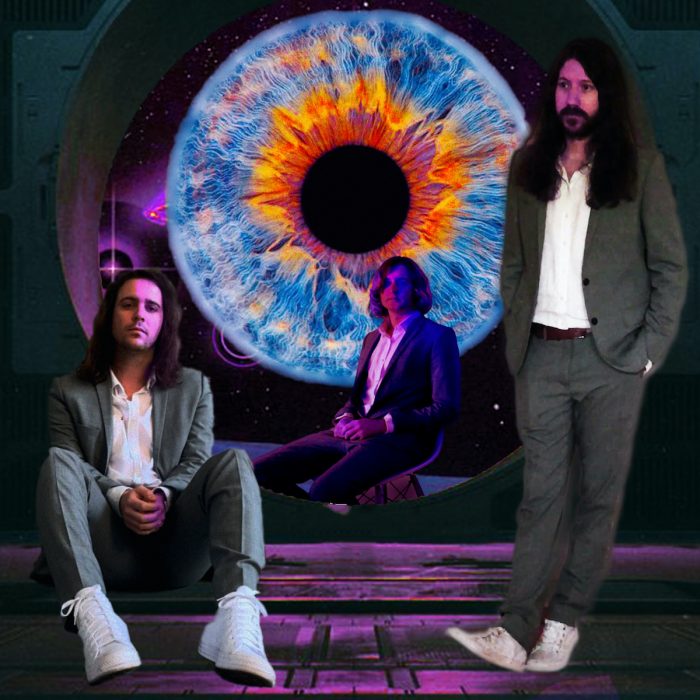 Guitar rock is like a game of monopoly; at any given social event you’ll find willing partakers, everyone has their own quirky house rules that add extra charm—and there seems to be no end in sight to the game itself.

However, against all the odds, it continues to be a staple for both the young and old, an evergreen activity that has both future promise and sentimental nostalgia.

This sentiment can be readily applied to Positive Rising: Part 2, the 5th LP by Aussie rocker-party boys DZ Deathrays, and the delayed second part of their sprawling double-LP rock odyssey about an alien visiting, and subsequently being horrified by, the way humans treat each other on earth (Positive Rising: Part 1 dropped in 2019). Thematically (for better or worse) this record is rooted thoroughly in 2021 territory. Uptempo anthem Fear The Anchor reflects on the need to disconnect from the Zuckerburg empire (featuring some of Ecca Vandal’s trademark hyperactive energy), while the doomy stomp of the title track is a reflection of the demise of western (lets face it, American) political discourse.

There will (and should) always be a place for splashy choruses and festival-taylored singalongs about aliens crashing to earth.

However, as low-hanging as some of these subjects may seem, the songs themselves mostly meet the standard that fans of the band will have come to expect, with a pleasing mix of eclectic 00’s indie punk and contemporary sheen. No two-part album epic is going to be without it’s stumbles and granted there are a few here, notably with Golden Retriever which, despite sounding tailor made for a Falls Festival crowd, fails to meet the hooky-chorus-to-good time-with-the-boys ratio. However, any doubts are quickly quashed by the melancholic yet wonderfully driving and energetic Kerosene, and the stadium pomp and Tom Morello inspired guitar leads that make Fired Up the album highlight. Like an old board game, there will always be things that can be improved in the world of upbeat guitar rock—but for all the quirks and irritations, there will (and should) always be a place for splashy choruses and festival-taylored singalongs about aliens crashing to earth. On those fronts, Positive Rising: Part 2 more than meets the brief.

STICK THIS NEXT TO: Wavves, Violent Soho, All Them Witches