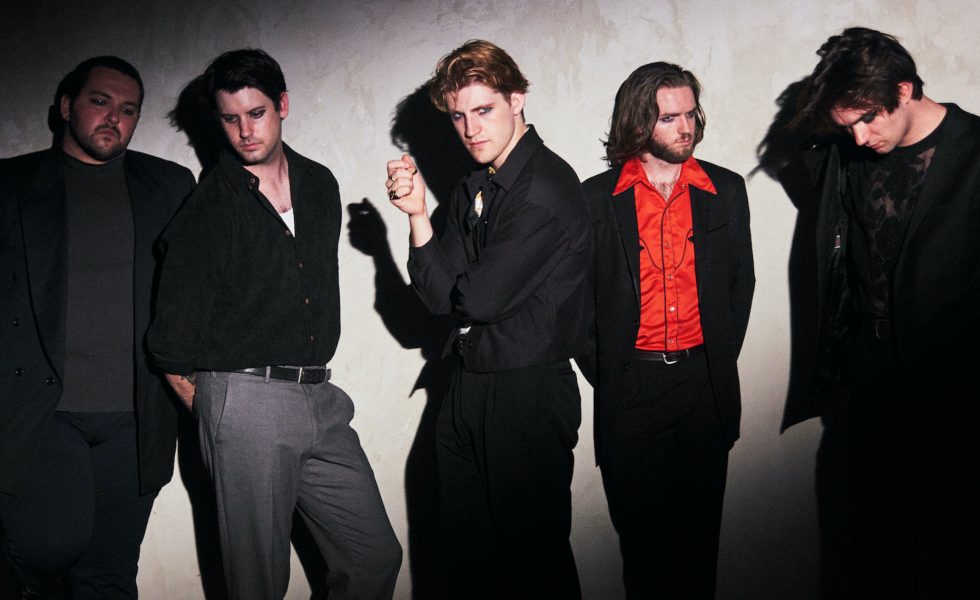 Since the release of Thornhill’s debut album The Dark Pool, the group have comfortably sat at the top of the Australian metalcore scene, and not just with the fans.

With it seeming evident over the past few years that their signature djent riffage and prog inspired vocals displayed on The Dark Pool have also proved to be a heavy influence on their peers. Ultimately making it one of the most influential metalcore releases of the last decade.

So when the group dropped Casanova, the first single off their highly anticipated second release Heroine, and it debuted a completely different sound for the band, it’s fair to say the internet was shocked.

“Honestly, I think the release of Casanova did shake us a tiny bit,” states the group’s lead singer Jacob Charlton. “We were thinking that people would be into this sort of change for us.”

“But then we started understanding more and like, ‘okay, we get it’. They’re not gonna like these singles. And that’s fine. We might not be looking for an audience in metalcore anymore. We might be branching out to heavy rock and hard rock and things like that.”

“It’s an important thing to keep building on everything. And I think there’s still so many elements for people who like The Dark Pool in this record that we feel like it wasn’t as much of a departure as people have been saying.”

With Heroine taking on more of an industrial tone primarily inspired from 90’s film and theatre productions, and the songs being an anthology of stories that act as the driving force behind the albums score-like nature, it’s easy to see why listeners may have been surprised. But according to Charlton, “[It] is a progression that happened kind of organically.”

“It’s funny,” he continues, “the tracks that were the first four that we started after The Dark Pool were Blue Velvet, Archangel, Hellfire and Heroine, so they’re very much all over the place.”

They’re not gonna like these singles. And that’s fine. We might not be looking for an audience in metalcore anymore. We might be branching out to heavy rock and hard rock and things like that.
[ Jacob Charlton ]

“I think the second half of the record was when we kind of hit a groove with what we were after specifically, so Heroine is very much like the track that we cracked together as individuals. It’s also very much the atmosphere that encapsulates the whole record, kind of a ‘prom’ feeling. And from there, it was really easy,”

Expanding on the group’s newfound approach to writing and how it has impacted the bands overall outlook and aesthetic Charlton thoughtfully stated,

“I think a lot of the aesthetics we’re doing, we’re trying to express that visually.”

Which is something massively evidenced through the bands most recent music videos, in particular the glossy David Lynch inspired clip for Hollywood, which features a balance between grandiose shimmering light and dark, grimey tones. And with Charlton having previously explained that the song tells the story of a “one in a million encounter” of a “protagonist, who is coming to terms with being in love with another girl he’s just met while still being in a relationship that has been slowly falling apart around him,” it seems the making music video manifested much more than just a new aesthetic for him as a vocalist.

“I really wanted to match the visuals to the storyline told sonically in that song. It’s really hard to keep people watching for five minutes. You know, in this day and age, people don’t watch videos as it is. So I went really in depth with how I wanted to tell that story.”

“And it’s really cool because after writing it, I found that one in a million encounter for myself, because the actress that’s in that video is sitting right next to me as we speak, and I feel like that about her. And we met on that shoot. So it was like, huge amount of what’s it called?”

“We met on that music video shoot and have been together ever since. I really love watching it back now. It definitely means a lot more to me now.”

With Heroine set for release on on June 3, Charlton admitted that he’s ‘quite nervous’, “I mean, I actually don’t know how it’s gonna go,” he laughs.