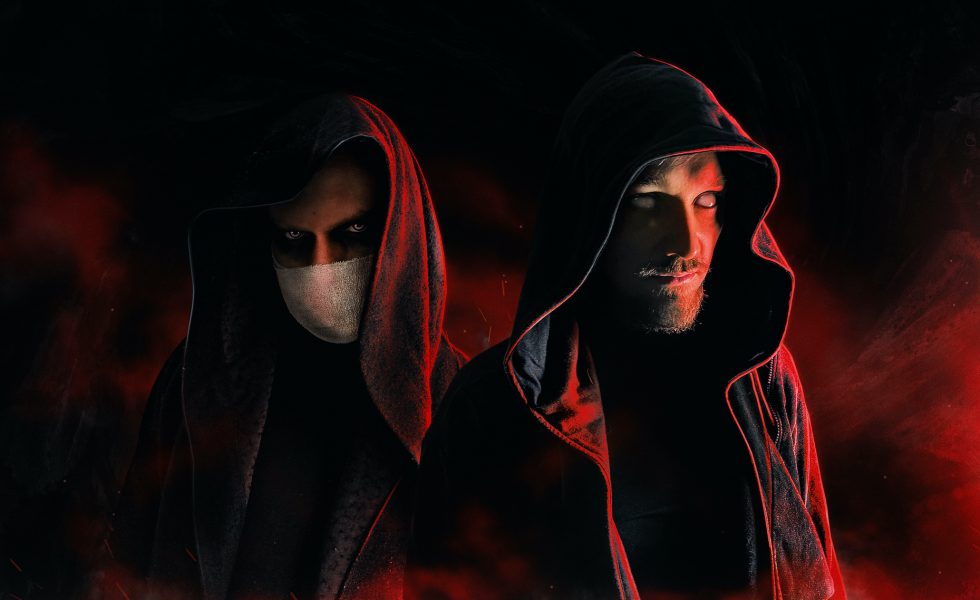 MORE: LOSER: Call Them Winners // BLOOD COMMAND: Nikki Brumen Discusses Pagan, Blood Command and Why ‘The End Is Her’ REVIEWS: JINJER: Wallflowers // LOSER: All The Rage // THE DEATH SET: How To Tune A Parrot // SPIRITBOX: Eternal Blue // ALIEN WEAPONRY: Tangaroa // TRIVIUM: In The Court Of The Dragon // ASKING ALEXANDRIA: See What’s On The Inside // WAGE WAR: Manic // TEN THOUSAND CROWS: Macabre Arcana

With five tracks released to YouTube already to their name, the band has announced its first EP. Macabre Arcana features all their songs and their instrumental versions, completely remastered and revitalised. Vocalist McKenzie tells us all about it.

You have been drip-feeding these songs for quite some time now.

We started the EP … well, we officially started the band in July last year with the first single, The Hanged Man, and then we’ve been teasing out these singles over the course of the best part of a year – a little bit over, and now we’ve finally got the EP coming out. It’s just a little celebration of the first part of the band. It’s nice to tick that off the list. It’s been an amazing time, too. Really cool.

Was it always intended to release it in this way?

Yes. If you look at our first YouTube video, you can see at the top you can see that it’s Part 1 of the Macabre Arcana project. I’m still an album guy. I love listening to albums. I’m not really a play list or a singles guy, so I wanted to try this because we knew that singles were the right way to go, in terms of streaming and platforms and the way the industry is working at the moment. But we still wanted to have a bit of that album experience. So instead of having five random singles with completely different artwork, we tried to bring it into a holistic experience.

The arcana of the tarot are an interesting topic. There’s so many things you could have used from that, why did you decide on those particular cards?

It was almost like a reactionary thing. The first one was The Hanged Man, and we were originally going to call that one Death, but we thought it was a little too… There’s a lot of songs called Death, there’s an amazing and prolific metal band called Death, so we thought, ‘Can we find another card from that realm that’s a bit more off the beaten track?’ That was the process we went through. The Moon was an expected choice, and I think The Lovers was an expected choice, but also a popular one. The Empress isn’t so much. Each time we did a release, we thought about what people wouldn’t expect from the next one. Sometimes it just came from the riff. Jordy had that opening riff for a couple of years, and it just sounded like something that would fit in The Empress. Each one had its own story about how we approached it.

We hit a million streams, which is freakin’ wild! I didn’t think that was possible! So we’re filled with confidence.
[ McKenzie ]

It must have been interesting writing and releasing stuff at the time you were doing this, because it was literally the only thing you could do. There wasn’t any way you could do anything other than record these songs. You weren’t going to be able to play them live, for example.

We have friends in bands who were like, ‘Oh, we’re holding off on material til live shows come back.’ Some of those conversations were a year ago, and those bands haven’t played. When you look at a band like Spiritbox, they’ve showed a model where you can build up a considerable online model, then turn it into a touring thing. For us, the whole experience has been interesting, being an online band. We are definitely keen to play live shows, but there’s so much uncertainty right now. We’re just happy to keep releasing music. We hit a million streams, which is freakin’ wild! I didn’t think that was possible! So we’re filled with confidence.

We’re just regular dudes. This is our side hustle. We’re metal tragics. It’s all we listen to. To bring it back to your question, the pandemic was a bit of an opportunity for us. I know that’s not the best thing to say because a lot of terrible things have happened, but a lot of bands weren’t releasing material and I think with that there was a bit of a vacuum for some newer bands to get their name out there. We just did what we needed to do.

The band is currently just the two of you, but do you have plans to put together a live line-up if the opportunity to play presents itself?

We’ve definitely done the groundwork with a couple of mates that we’ve earmarked. Pulling the trick of getting them in the rehearsal space and saying to them that we need this and we need that. We’re going to need a little bit more time. We’ve got some dudes that are keen, and when the time is right we’ll make the next move, but I think we’re just nervous right now. Things are going really well for us. We’ve got new material that we’re working on for next year now, so there’s a few things that seem a high priority now. In the metal scene, you still need to do things live. People still crave that live music thing. I don’t think it’s going to be a forever online project. It will turn into a hybrid of online and live – it’s just a case of when.

What is the next step for Ten Thousand Crows?

The next step for us is that we are currently recording some material for 2022. I’m so excited to get this out. I think we’ve learned a lot from these five tracks. I think we’ve been able to improve our songwriting, my vocals have improved as well… The current songs are just sounding like a massive step up. For us, next year is really going to be about getting this next release out, and I don’t want to spoil anything by saying what it is, whether its singles or an album, or EPs. We’ll keep a bit of mystery there. But we want to give people a bit of a different experience, and not just go for the same kind of thing as this time. It’s going to be a different release strategy, to keep people interested, and to interest us, as well.

It was interesting that the instrumental tracks were included. What was the thinking behind that?

We’ve had some people who’ve followed us since the first release, so repackaging everything into this EP, which we got re-mastered by Alan Douches, who’s done The Dillinger Escape Plan, and heaps of amazing bands… I think we wanted to give that little bit extra pay-off for everyone who’s been on this journey with us. We’ve had people hitting us up asking if we were going to do that, so we thought we would put this together as the ultimate package of this era of the band to say farewell.

A lot of bands milk it. They’ll do another instrumental release… I’m not sure if “milking” is the right word. It will be interesting to see what the fans will think.

It’s interesting because you get to hear the bones of the track. Often there can be too much emphasis on the lyrics and vocals, and while not taking away anything from that, sometimes it takes away the focus on what’s going on behind that.

That’s 100% correct. In some of the tracks, you can hear other layers that aren’t as obvious in the versions with the vocals. There’s extra little nuggets in the sonics, where you can hear the guitar or another layer, or something.