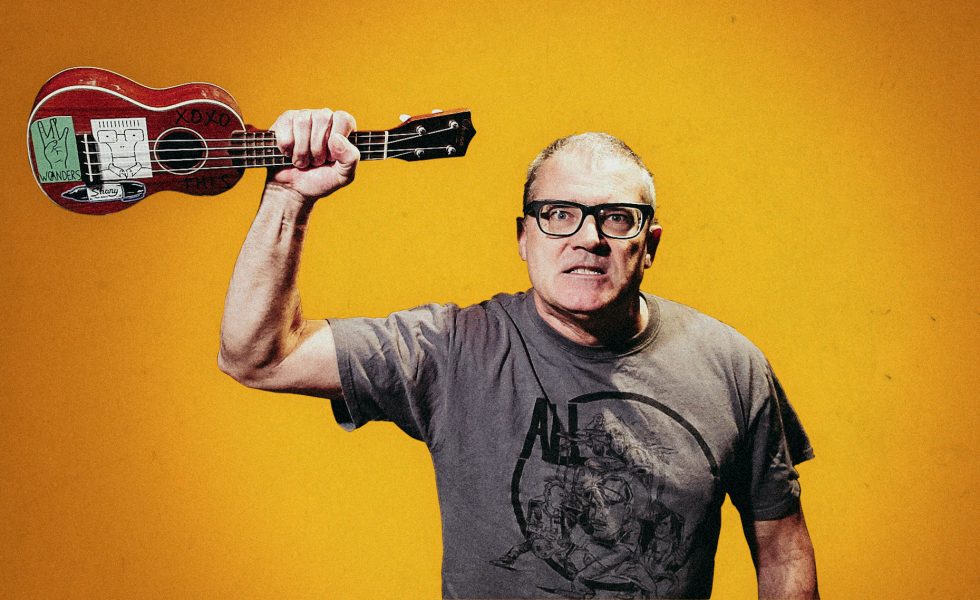 The announcement comes with the release of three-song single, 45…not a LP, made with ukuleles (a six-string “guitarlele,” a soprano uke, an electric uke, and a bass uke), as well as tabla drums and a cowbell. It was heavily inspired by the current political state of the United States and the outrage and uncertainty that’s intensified in the country over the years.

“I’ve spent most of my punk rock life avoiding the temptation to write political songs; it always seemed like politics is the obvious go-to subject of punk and thus not of interest to me,” says Aukerman. “Unfortunately, after the 2016 U.S. Presidential election I find myself virtually unable to write songs about anything else.”

45…not a LP was originally planned to be a Descendants record, but Aukerman felt the tracks were too time-sensitive and needed to come out before the upcoming November election.

“If you believe, like me, that 45 is not a LP, we ALL need to VOTE to make that a reality,” says Aukerman. “Only then can we hope to see a return to sanity, a turning of the page.  These songs are my personal attempts to turn the page on our national nightmare…if only I could will it through music.”

45…not a LP is available for streaming now. It features singles On You, Hindsight 2020 and Royal Flush (feat. Rotten James Dio).