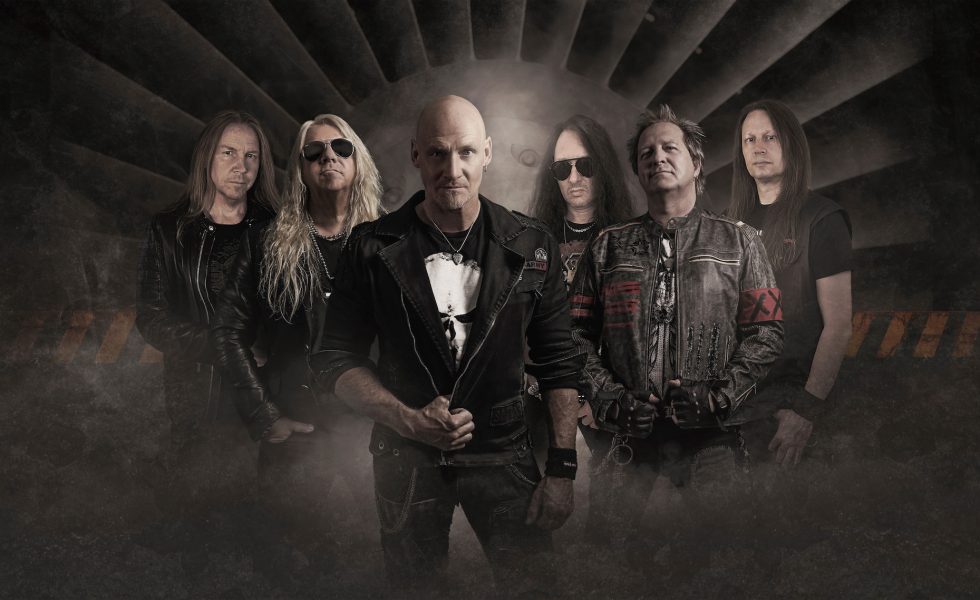 Forged in the fires of true metal twenty-three years ago, German sextet Primal Fear have just released their thirteenth album.

Bassist, producer and founding member Mat Sinner quietly explains it was the previous album’s accomplishment that pushed them to ensure they could achieve even more with Metal Commando.

“I think it’s a strong album and a heavy one and, in my view, the best sound on any Primal Fear album ever: the best production,” he asserts. “We did a lot of things different this time, just to squeeze out another 10%. Music is a question of taste, and Apocalypse was our most successful album chartwise worldwide so we have to do something that matches it. For us, thirteen … maybe it’s a lucky number.”

I don’t want to be in a band where the people don’t get on anymore and just get together for the money. For us it’s really important that there’s a special atmosphere and vibe, so we can go out and have fun together.
[ Mat Sinner ]

Moving back to their former label was another important reason for Primal Fear to guarantee their latest album would deliver the goods. Yet Sinner says they didn’t feel under any pressure. With the exception of new drummer Michael Ehré – a thirty-year metal veteran himself – Primal Fear’s main protagonists have worked together for so long, they don’t have to second guess themselves when it comes to making records.

“We already had some songs written and we had an idea about how the structure of the album could be,” Sinner explains. “So we were very well-prepared: thirty tracks reduced to twenty, reduced to 16, and I think for me it was a really big challenge to make a really great album for Nuclear Blast, to come back to that recording label, because we were all very happy that this is working. Everybody was super motivated, so we could start with the crumbs and work with Michael Ehré from Gamma Ray who is a really, really good musician – he plays guitar and keyboards as well – so it was a super nice time to work with him in the studio. We built together a great foundation for the other guys to record on.”

With thirty songs to choose from, the band trusted Sinner as their producer to select which tracks would make the final cut.

“We recorded much more than we needed for the final album, so I asked the guys what they wanted to choose,” he says. “They came back to me and said I should do it!”

Primal Fear have been at the vanguard of Germany’s true metal legions almost from their very beginning. Formed by former Gamma Ray vocalist Ralf Scheepers in 1997 with three members of old-schoolers Sinner, Mat Sinner, guitarist Tom Naumann, and drummer Klaus Sperling, they had their first album down by the end of the same year. The band has averaged a new album every 18 months or so since, and with the current line-up, except for Ehré, together since 2011, Sinner has every right to be confident in Primal Fear’s abilities: “We are such a well-oiled machine with such experienced players that we know what we have to do,” he says. Even more importantly, they are all great friends.