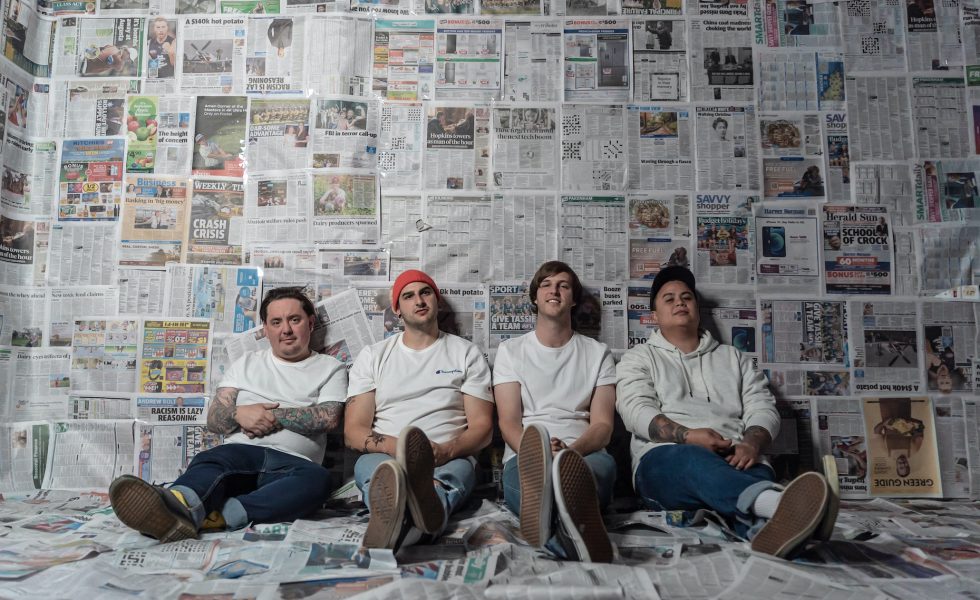 Bring out the tissues! Melbourne emo-punks Bukowski are here to pull on your heartstrings with the music video for Elevator Song.

The clip was filmed by Travis Suttie and edited by Travis and James Dominko, and it takes on a very DIY approach. Matching the sentimental vibes of the track itself, it sees the band performing while nostalgic home videos play on the newspaper covered walls surrounding them.

Frontman James “Bassy” Karagiozis further explained the concept, saying “The clip is a single angle performance clip with a projection of memories from our respective childhoods playing over us. It took us about 3 hours to newspaper all the walls of the warehouse, so the projection had some texture to play off.”

To support Elevator Song, the band will perform in Bendigo with alternative-rock band Catholic Guilt, and in Melbourne in support of Bad Juju. They have previously toured with the likes of Stand Atlantic, Say Anything (USA), Deaf Havana (UK) and Knuckle Puck (USA) and sold out multiple headlining shows.

Elevator Song is available to stream now. You can also catch all their upcoming tour dates right here.