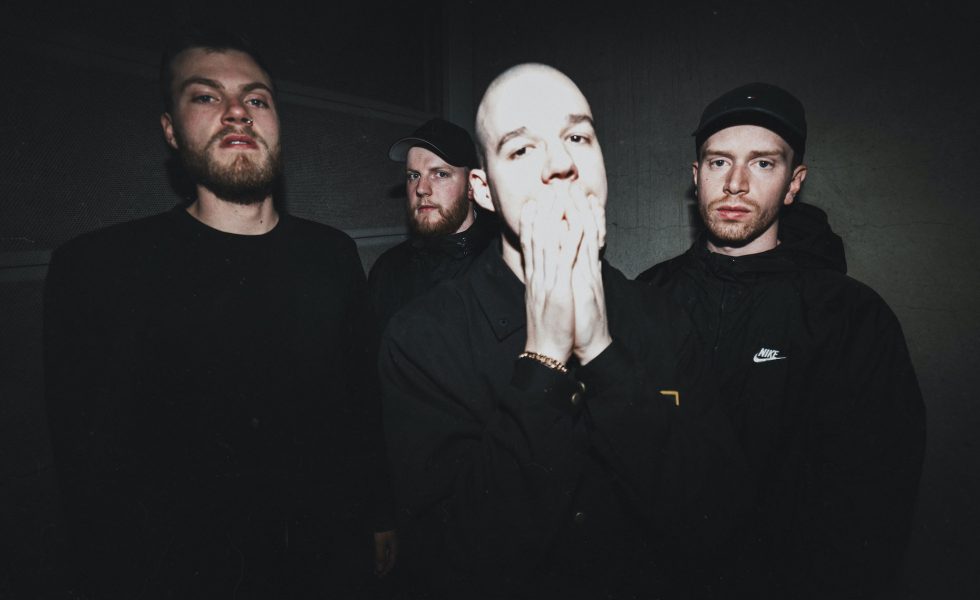 The boys in Melbourne nu-metal act Void Of Vision haven’t taken a break since COVID-19 put a halt on touring for musicians worldwide. While the band didn’t get the usual touring cycle for their 2019 release Hyperdaze, they haven’t let fans forget about the record just yet.

MORE: How Architects Became One Of The Biggest Metal Bands In The World // BRING ME THE HORIZON: The Tide Is Turning // KILLER BE KILLED: Reluctant Heroes // MR BUNGLE: Surprise! We’re Death! REVIEWS: MR BUNGLE: The Raging Wrath of the Easter Bunny Demo // BRING ME THE HORIZON: POST HUMAN:SURVIVAL HORROR // KILLER BE KILLED: Reluctant Hero // YOU ME AT SIX: SUCKAPUNCH // CHASE ATLANTIC: Beauty In Death // VOID OF VISION: Hyperdaze (Redux)

Enter Hyperdaze (Redux), the new feature-riddled re-release of Void Of Vision’s second album, with each track re-recorded with a special guest feature. According to frontman Jack Bergin, this idea for a redux of the album wasn’t always the plan moving forward for the band.

“Well, initially it was an idea formed for a remix album. We basically hit up the label with the idea of just incorporating a lot of electronic artists into the mix and sort of turning what the album was into just something completely different and new and fresh, but I guess, the idea was, we were like, ‘Oh, it’s kind of been done before’.”

“Then we started spit balling and someone came up with the idea for every track to feature a guest vocalist, and I was like, looking around to see, ‘Oh, that could work’, like was looking for some inspiration, and I noticed no one had really done it before.”

“So, I thought, ‘Hey, it’s probably going to be very time consuming and costly, but let’s jump in and give it a red-hot crack’, and yeah. We came out the other side with something we’re super proud of,” says Bergin.

It certainly sounds like a hell of an effort to get 10 features for each track on the original Hyperdaze (excluding the opening Overture), but it turns out the other artists involved were just as keen on the collaboration as Void Of Vision were.

We’ve been writing all over the COVID period, and I think it’s been a blessing in disguise having a, I guess this as a side project, and having sort of another outlet to get inspiration from other people and draw opinions and stuff.
[ Jack Bergin ]

“They were super keen, I think we had a very good pick of people that we chose out of all the friends and peers that we associated with, and it was surprisingly easy to be honest. I think the whole COVID thing made it a lot easier, since everyone was just sort of stuck at home, not touring, maybe in a creative slump and then this opportunity arose. I think everyone just jumped on it for something to do really.”

Some of these killer new features on the Hyperdaze (Redux) include a few artists that Void Of Vision fans might not have expected, with the band collaborating with some key artists from outside of the traditional heavy scene, including alternative rapper Ecca Vandal.

“I was very pleasantly surprised at how easy [Decay (feat. Ecca Vandal)] came out and, not effortlessly, but like, Ecca has this power about her, and it reflects in everything she touches …Just getting to see her work and just collaborating with people outside of heavy music has given me a lot of creative inspiration, I guess.”

“There’s another track on the record from Up Late [closing track Hyperdaze] that’s a re-imagined remix, and he just flipped the song upside down and absolutely killed it, and that was another one I was actually really stoked on …”

“Like we’re not necessarily the most revolutionary heavy band in the world, but doing this, it definitely gave us a lot of food for thought into what we could potentially do in the future.”

With Hyperdaze (Redux) feeding fan’s appetites for now, it won’t be long until people’s attention turns to the next full-length release from the band–but luckily, you won’t have to wait long.

“We’ve been writing all over the COVID period, and I think it’s been a blessing in disguise having a, I guess this as a side project, and having sort of another outlet to get inspiration from other people and draw opinions and stuff. We’re well on the way to creating album number three, and we’re very happy with how it’s turning out … So, [Hyperdaze (Redux)] will have to do for the time being, but yeah, definitely we’ll have more music from Void Of Vision in 2021.”

As for the collaborative nature of album number three, fans shouldn’t be expecting quite the same number of features as this latest redux next time around.

“I think the last thing I want to think of at the moment is working on another feature after this (laughs) … I really like the idea of just artists collaborating in general, and I think we are seeing it a lot more in the music industry nowadays and yeah, down the track a hundred percent, I would love to do it again. But I think for the time being, we’ll probably take a break from features for a while after this (laughs).”

Now that touring is back on the horizon for the band, with their upcoming national tour in support of The Amity Affliction starting in July, fans will finally be able to give Hyperdaze the touring life it deserved way back in the pre-COVID days.

“If we’re passing through this year touring, just if anyone is passing through your city touring this year, go to it. Make sure we get everything happening again in this industry and yeah, just keep supporting music the way that you have been in the past.”

Void Of Vision’s Hyperdaze (Redux) is out now via UNFD.