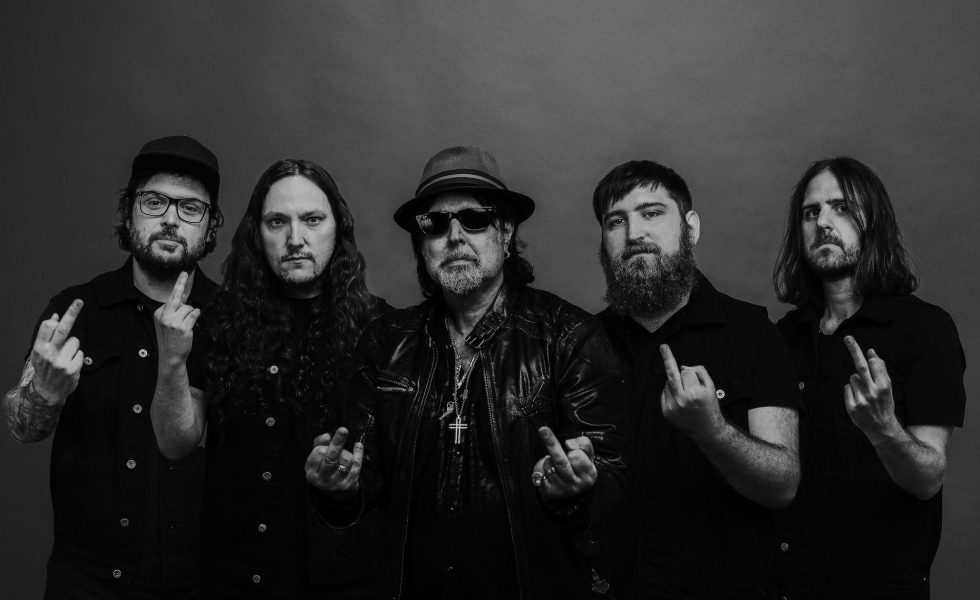 When you think of Phil Campbell, you immediately think of crazy stories from his 32 years in Motörhead.

In fact, one anecdote from Testament’s, Chuck Billy sums up just what life on the road is like with the rocker. “On the last night of the tour, we were finishing the set, and Phil Campbell came onstage riding a horse, in a wig and wearing a dress that Ronnie Dio bought him. Mikkey Dee was in front wearing a pony outfit, and Lemmy had a turban on, walking behind the horse with a broom, sweeping up the shit that the horse left on stage.”

With Motörhead representing what many see as the epitome of a loose rock ‘n’ roll lifestyle, it’s hard to imagine Phil hitting the road with a band that primarily consists of his family.

Returning for their second LP, We’re The Bastards, Phil Campbell and the Bastard Sons; a group which includes three of Phil’s son’s and Welsh singer Neil Starr; aren’t dropping the intensity that Phil’s work has often been accredited to influencing.

“It’s big. It actually sounds louder than most albums,” Campbell says, before touching on the work his son Todd did as the album’s producer.

“Todd did a great job on the production, there are massive sounds and every guitar chord is big and every drumbeat is smashing. I’m over the moon with it! I can’t wait for the damned thing to get released now,” Campbell laughs. He’s waiting patiently all year for the release date.

“It was just before the first lockdown we recorded. We had planned on releasing an album this year and in January we revisited some recordings we had made from soundchecks that had some ideas. We made them into songs, knocking them into shape a bit.”

“In February we all came in with a load of different ideas and we started writing new songs. By the end of February it was ready to record with the lockdown coming in March, luckily we had our own recording studio,” he says, referring to Todd Campbell’s Welsh studio.

“Todd doesn’t just engineer stuff. If you want a producer, he won’t just sit back, he works out what’s best. He doesn’t just record, he thinks about what the track needs and what it doesn’t need. I’m really proud of him, he’s done a great job on this one.”

“[Recording] was good,” says Phil, “We could go down there whenever we wanted with a couple of members at a time to make sure we were socially distanced and everything.”

When asked about the unique recording process and having to socially distance, he says “With everything going on this year, at least we have come out with a cracking album.”

Refusing to sit and wait, Phil Campbell and the Bastard Sons have been keeping themselves busy in the lead-up to We’re The Bastards, 13th November release date.

With a music video for the album’s title track currently being edited with footage by fans in isolation, as well as an animated project, there are some exciting things for fans to look forward to.

A project that Campbell, much like the We’re The Bastards video, sees as being for the fans.

“We have a good fan base now which is really cool. When we have been touring it’s been building up over the years so it’s nice to include the fans for their loyalty.”