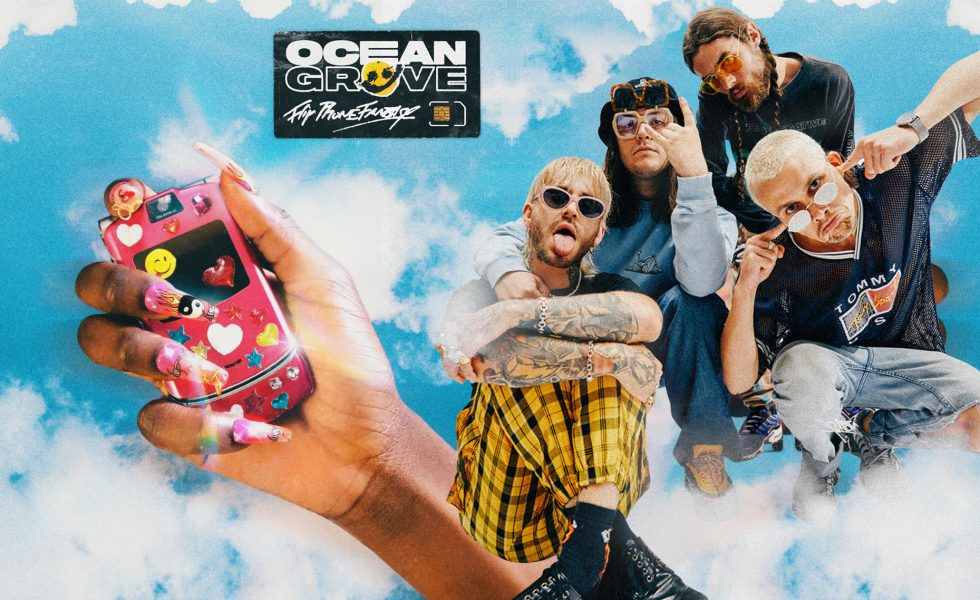 MORE: KICK OUT THE JAMS with IN HEARTS WAKE // ALPHA WOLF: Nothing Quiet About It REVIEWS: ALPHA WOLF: a quiet place to die // MARILYN MANSON: We Are Chaos // KING PARROT: Holed Up In The Lair // MOVEMENTS: No Good Left To Give // ENSLAVED: Utgard // DEFTONES: Ohms // TOUCHE AMORE: Lament // OCEAN GROVE: Flip Phone Fantasy

“Coming from the heavy music world (being very masculine in its nature), SHIMMER marks a milestone in evolving manhood at which point one allows themselves to be fully seen; a sentiment perhaps not previously encouraged or canvassed in the scene Ocean Grove spawned from.” says frontman Dale Tanner on the track.

“Dipping into our flip-phone-era rock influences, the track is an unapologetic love song, which seizes the opportunity to showcase another colour from the 69 shades of OG. But more than that, the track is pure in its intention: to inspire and empower the listener to realise their unlimited potential, seen through a lover’s lens. Every being on this planet is a crazy-ass shooting star without even knowing it, and SHIMMER is the validation of that very essence and power within us all.”

Flip Phone Fantasy has been a huge success for the band, debuting at #8 on the ARIA album charts. In our 10/10 review (which you can read here, by the way), we said “Ocean Grove starved for this album, they bled for this album. Flip Phone Fantasy is that union of imagination, time, and sound manifest … history will never forget the name Ocean Grove.” Its singles ASK FOR THE ANTHEM, JUNKIE$, SUNNY and SENSE AGAIN also enjoyed heavy rotation across Triple J.

Flip Phone Fantasy is available now through UNFD. You can stream both the album and acoustic take on SHIMMER now.