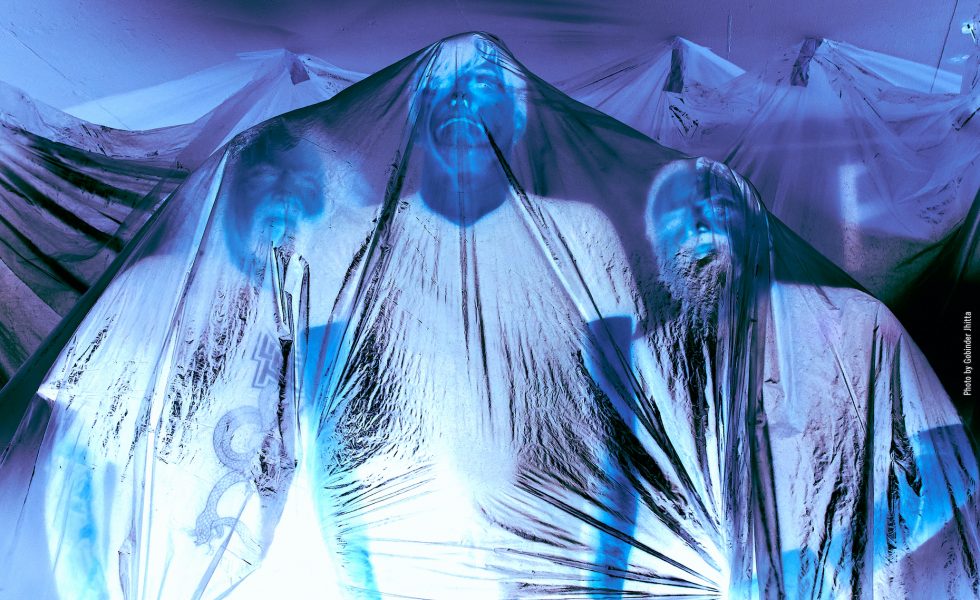 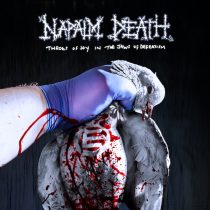 Napalm DeathThroes of Joy in the Jaws of Defeatism

Sep 21, 2020 / WORDS Audrey Gerrard / PHOTOS Gobinder Jhitta / How could it spark anything but joy?
8
Hard Hitting!

We live in uncertain times. In an age of invisible contagions and hyper-controlling fear, resignation and abandonment shroud the landscape. This is why we need Napalm Death.

Formed in 1981 and consolidated in the fires of the late 1980s, this benchmark band of twisted, hostile, and defiantly political grindcore have basically never let up. Never softened their sound, never watered down their rage. Five years on from the mammoth onslaught that was Apex Predator – Easy Meat [2015], Napalm Death are back to remind us that we’re still firing with the rage of discontent, with their sixteenth studio album, Throes of Joy in the Jaws of Defeatism.

Napalm Death have an uncanny ability to unleash grindcore albums that after initially obliterating your senses, the defiant ferocity proceeds to inhabit you, and the album carries you with it through the familiar energy and the customary strange innovations. From the opening trio of tracks Throes of Joy in the Jaws of Defeatism is familiar Napalm Death, with a very robust, immersive take on their speed and intensity. The second track Backlash Just Because pummels in with tough basslines and edging towards some different time signatures which isn’t unheard of for Napalm Death, but certainly not super common. Zero Gravitas Chamber and Fluxing of the Muscle return the midsection of the album to some chaotic rage, with impressive performances from drummer Danny Herrera.

Napalm Death have become definitive of the potential for multi-influential grindcore to be one of the most intense experiences in extreme music. Throes of Joy in the Jaws of Defeatism just levelled that up again, adding a stronger shot of darkness to the mix.

Even in the moments when the album deviates from the gold standard of death-grind, the mood doesn’t lighten up. Tracks dotted at various intervals like Invigorating Clutch and Amoral notch-down the pace marginally in favour of crushing heaviness and slightly eerie edge. Delving briefly into a blackened-industrial netherworld, Joie De Ne Pas Vivre is an intriguing twist in the tale, showcasing some borderline ethereal vocals by Barney Greenway. The industrial vibe is strong but it’s tough and brings the album back to grimy real-time loathing. These innovations may attract queries from hardliners of grindcore, but will appeal to bona fide Napalm Death followers familiar with the band’s glorious inability to adhere to invisible rules.

Closing out with a solemn, almost monastic-style number A Bellyful of Salt and Spleen, we are reminded that Napalm Death have become definitive of the potential for multi-influential grindcore to be one of the most intense experiences in extreme music. Throes of Joy in the Jaws of Defeatism just levelled that up again, adding a stronger shot of darkness to the mix. Remember, as the saying goes, while there’s still anger, there’s still hope.

STICK THIS NEXT TO: Extreme Noise Terror, Pig Destroyer, Carcass