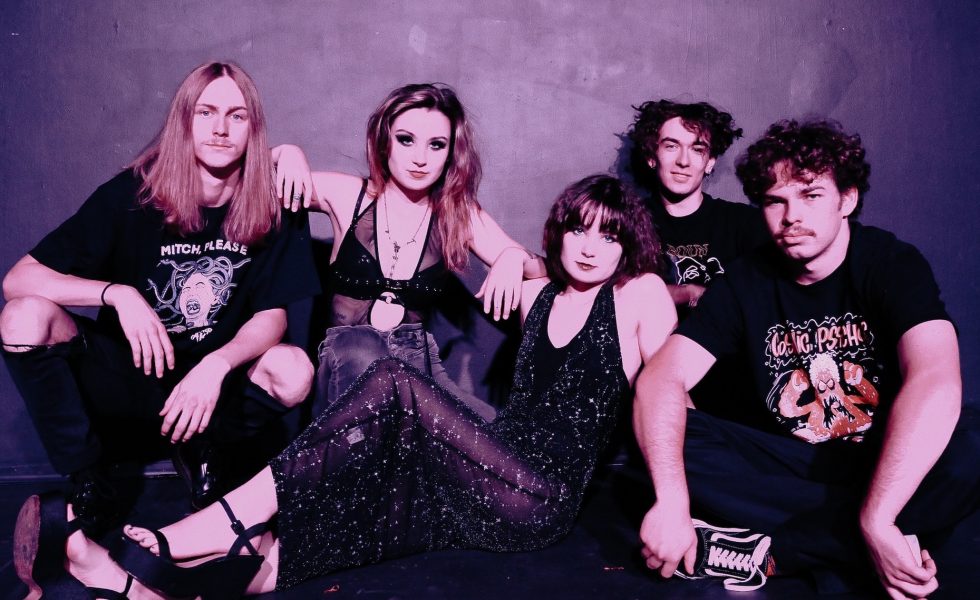 LUNCHTIME // On Their New EP ‘They’re Just Being Friendly’

Lunchtime said it best in their bio: they’re not your regular breed of local punk band. They’ve experienced more than most within their six years of existence – playing hundreds of shows, reforming three times and releasing a stack of sonically diverse tunes.

Now, they’ve unleashed their latest EP; They’re Just Being Friendly, making us insanely excited for their next steps. We caught up with vocalist/guitarist Constance Grafos to chat about it.

Constance: We started in high school, and the only time we could get together to rehearse was lunchtime. My sister Eden (bass) suggested we call our band that. We met the original lineup – two older boys who were in a band and had lost their original guitarist. You know how schools do concert nights?

So they lost their guitarist on one of those nights, and my music teacher told them I could play the guitar for them. The following week they officially kicked out that guitarist, Eden and I joined, and we became Lunchtime.

Who’d you work with for the EP? Give us a view of how it came together.

Originally we decided to record at home during the pandemic, but then our guitarist left the band, so we deleted everything because we hated it. And then we started working with a friend of ours, Timothy Wheaton. We recorded the whole thing at Via Studios, our local rehearsal room.

And what about the themes behind it.

This EP is our whole back catalogue. We wanted to record it and get it released so we can start to release our new stuff with our new lineup. Eden and I wrote most of the songs when we were 16 or 17. Eden experienced death and grief in that time, so much of the record is a contemplation on that.  But then there’s also the nostalgic vibe of growing up, finishing high school and moving on to the next chapter of life.

Thinking about some of those new tracks, how are you finding your sound or creative approach has changed?

We’re moving in a different direction, away from the garage punk scene. We’re becoming more grungy, alt-rock and indie. We have two guitarists now, so we’re a lot more guitar-driven. We’ve grown up too, so in some ways, our songwriting and lyrical style has changed.

Do you have a favourite song from the EP?

Eden will probably kill me, but I’d say The Sound Turtles Make because that’s the only song Eden and I collaborated on lyric-wise.

If you could’ve had any musicians feature on the EP, who would they have been?

Eden would go, Lady Gaga. I would choose Tom Delonge. Blink-182 were our gods in high school when we were writing these songs, so it would’ve been great to collab with him.

What’s in store for the band this year?

We have a few shows lined up in Gold Coast, Sunny Coast and Brisbane mid-year. And we’re heading back into the studio to record the new stuff next month. Hopefully, we’ll get some festival bookings or an interstate tour at the end of the year.