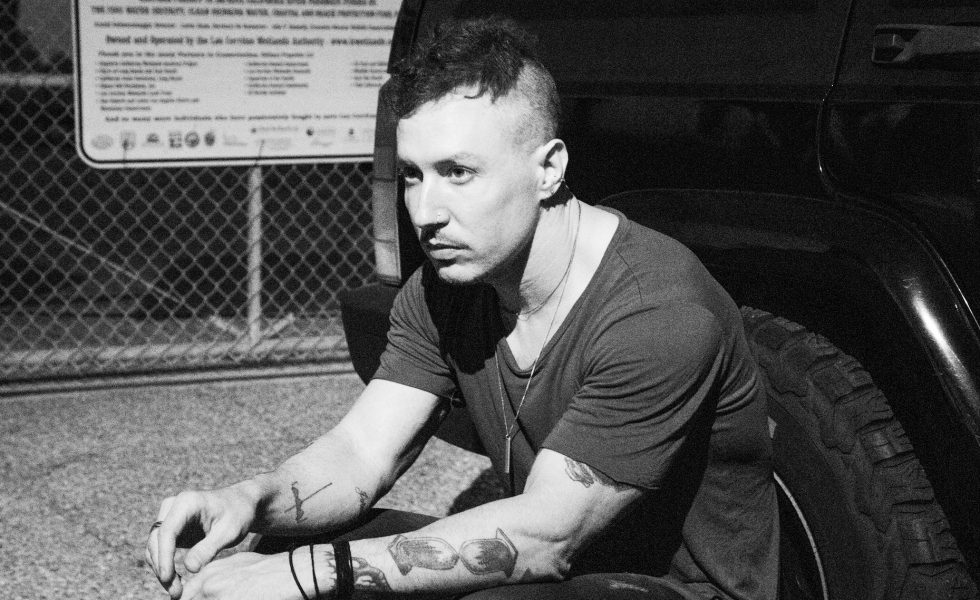 GREG PUCIATO // Fear Is The Mind-Killer

When we get former The Dillinger Escape Plan frontman and multi-instrumentalist Greg Puciato on the phone to talk about the release of his debut solo album, the conversation quickly turns to the state of global affairs in 2020.

“You know, I’m just here trying to knock months off the calendar. I’m gonna get to the other side of this Twilight Zone.” For Puciato, getting through the ups and downs of this year has been a struggle for forward momentum. And, in truth, it’s a fitting metaphor for the surreal reality that we find ourselves in, a mired liminal space where the threat of inevitable doom and despair lingers right around the corner.

“This is gonna be the thing that, you know, 40 years from now, this generation is like, ‘You know, we were in this thing like the [Great] Depression or World War Two’; something that’s truly inescapable,” continues Puciato. “It’s gonna be the thing that all the young people are tired of hearing about. They’re going to be like, ‘We get it, granddad. We know you guys have lived through this thing. You couldn’t go outside. You had to wear a mask? Whatever.’ They’re going to be sick of hearing about it.” Thankfully, Puciato’s solo record, the portentously titled Child Soldier: Creator of God, was written and recorded before the world become weary with fatigue. “I feel like I had to create a lot of dynamic range for myself,” says Puciato, detailing the creative motivations behind the project. “In order to do that, you have to go as far as you can kind of in the other direction. And, you know, once I created that space, it [allowed] me to sort of play in any area within that space.”

As a talented musician, with one of the most accomplished careers both inside and outside of heavy music, Puciato has never struggled for creative outlets. His 20-year tenure with Dillinger saw him bring inimitable, live-wire energy to the band’s extreme sonic palette, destroying eardrums and stages across the globe. Puciato would also temper his vitriolic profession with other creative endeavours, such as the pop-centric, industrial-synthwave sounds of The Black Queen and the metal-hardcore supergroup Killer Be Killed. “Now that I’m not reacting as heavily to the Dillinger Escape Plan, I’m not involved in something that is 80%, you know, blinding ferocity at all times,’ explains Puciato. “I’m not spending three quarters of my year just expelling that ferocity; I have a little bit more room for that to come out of me. I’m not pushing against it. So, if I sit down to write, that part of me isn’t exhausted anymore.”

On Child Soldier: Creator of God, the space Puciato has created for himself is his most expansive and daring to date. “Now I can do something like my record, where I can swing widely from one thing to another and have it all make sense,” says Puciato. “Whereas in the past, I feel like I was pushing against things. Now, it’s more about including things.” And listening to the album, that sense of inclusion is indeed a palpable one. White-hot ragers (Fire For Water; Roach Hiss) simmer and burn with Puciato’s trademark acerbic vocals and noisy instrumentals, while blissful, post-punk pop (A Pair of Questions; Temporary Object) cosies up next to towering alt-metal bangers (Do You Need Me to Remind You?; September City). For Puciato, there’s also an inherent sense of freedom that comes with this eclectic selection of moods and soundscapes. “I’m not emotionally frustrated. I’m not creatively frustrated. I’m not rebelling against anything,” says Puciato. “I’m not, you know, pushing against anything, I’m including everything. And that’s a much different position. To create from the position of inclusion is much different than creating from the position of reaction.”

If something is simultaneously scary and exciting, it’s probably the move. Because there’s possibility on the other side of that and possibility is frightening. Possibility involves the unknown, it involves being uncomfortable, it involves making yourself vulnerable—and that’s where growth happens.
[ Greg Puciato ]

What’s clear from listening to the record is how it functions as a bold personal statement for Puciato. But it wasn’t always intended to be that way. “Well, I felt guilty about using my birth name,” Puciato admits. “I felt like I had to use a moniker to, like, give it validity or something … I’m like, ‘Man, if you’re gonna make something like this, just go all in and call it your name. Don’t fuck around.’ Because I was doing that out of fear. I was gonna make that choice out of fear, out of not wanting to put myself out there, you know, because it’s my real fucking name.”

Although the project features collaborations from notable musicians like Chris Hornbrook (Poison The Well), Chris Pennie (ex-The Dillinger Escape Plan, Coheed and Cambria), and Ben Koller (Converge, Killer Be Killed), it’s clear that this is first and foremost a ‘Greg Puciato’ record. His creative stamp and artistic expression are present in every glorious riff, every pained scream, and every sublime croon. There’s also a kind of thrill involved in listening to Child Soldier: Creator of God that comes from a combination avowed sincerity and uncertainty. “If something is simultaneously scary and exciting, it’s probably the move,” argues Puciato. “Because there’s possibility on the other side of that and possibility is frightening. Possibility involves the unknown, it involves being uncomfortable, it involves making yourself vulnerable—and that’s where growth happens.” 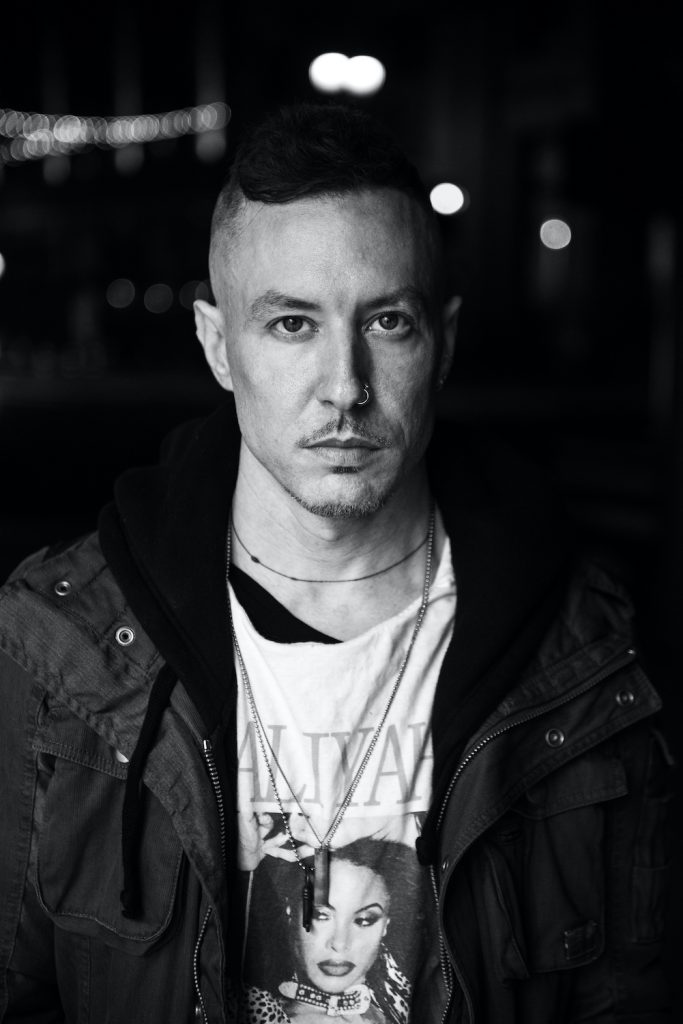 With 2020 shaping up to be one of the most tumultuous years on record, Puciato is steely eyed in using the release of his solo album to focus on the personal rather than the political. “I turned 40 this year. So, there’s all kinds of symbolism attached to that, whether it’s that it’s obviously just a made-up number that means nothing, but there is this big weight attached to it,” says Puciato. “I just wanted to go forward into whatever this chapter of my life is. I wanted to go forward from a position of integration and not being scared and just letting everything merge and be like, ‘This is me. This is who I am.’ I’m not just Dillinger Escape Plan. Sometimes The Black Queen; other times, Killer Be Killed. I’m Greg Puciato in my real life, but I’m all these other things in my artistic life. So, it’s like, ‘No, I’m fucking this; all these things, all the time. I’m going to start merging them all together and not being afraid of that and that’s the only way forward for me.”

Child Soldier: Creator of God is out now through Federal Prisoner.