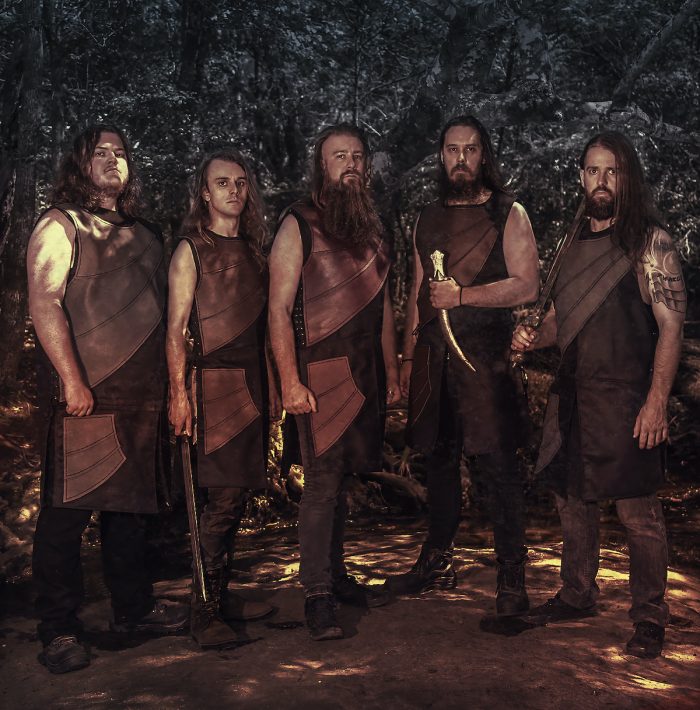 To celebrate, the band has shared the first taste of the album, with lead single Warriors Of The Sea.

“Path to Tartarus is a melodic death metal collection of stories about ancient gods, bloody battles and a look into the mind of battle-hardened warriors. An epic crescendo to the final destination of Tartarus,” says the band on the new release.

“The album consists of hectic riffs, blistering solos and crushing vocals whilst allowing for melodic harmonies and symphonic layers and interludes creating an immersive and rich atmosphere. A ten-song, sixty-three-minute journey that will leave you wanting more!”

Finding inspiration in Greek mythology, the band based the album on Tartarus, the deep abyss that is used as a dungeon to torment the wicked, as well as a prison for the Titans.

Evocatus hail from the small rural mining town of Muswellbrook. They have spent the last eight years crafting their sound, drawing inspiration from genre heavyweights like Kreator, Amon Amarth and Arch Enemy. Over the years, they’ve shared the stage with the likes of Kalmah, Psycroptic and Cattle Decapitation, to name a few.

Warriors of the Sea is available for streaming or purchase now. Keep an eye on the band’s socials for more tastes of the record!

Path to Tartarus was produced, mixed and mastered by Ryan Huthnance at Emissary Studios.