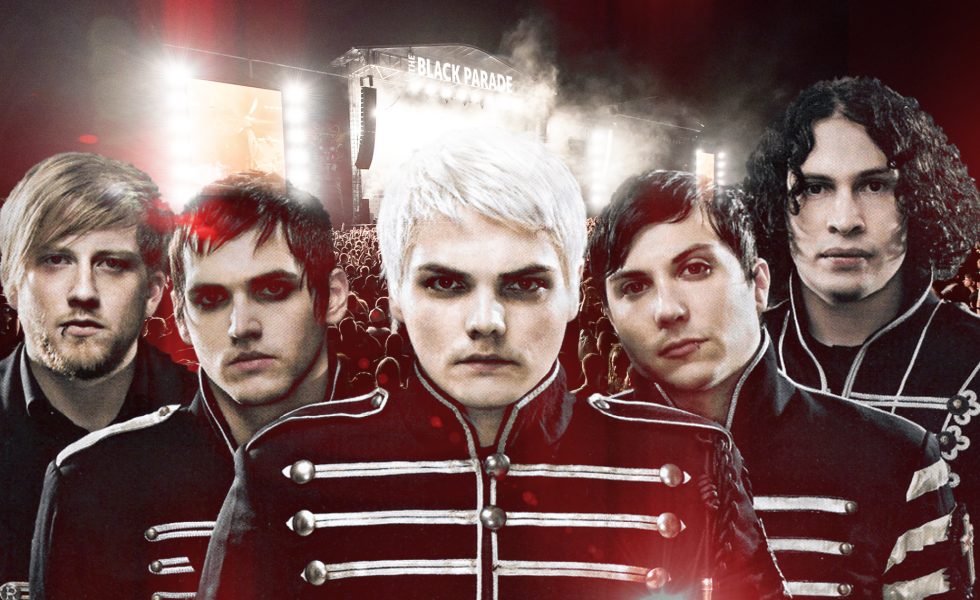 Download Festival Australia has unveiled its monolithic 2020 line-up after months of heated speculation.

In a turn of events that would’ve seemed utterly preposterous just over a week ago, heroes of the broken, the beaten, and the damned, My Chemical Romance will headline alongside a slew of metal, punk, and alternative heavyweights.

Having cemented their status as one of the most important bands in alternative rock music, transcending a generation of music fans with sensational songwriting, vivid imagery and a powerful message, to brand the band’s appearance at the festival as “exciting” is simply an understatement.

My Chem’s headlining appearances will be exclusive to the festival—their first stint Down under since 2012’s Big Day Out, so expect the MCR to be out in full force (and eyeliner).

Sacramento’s finest, Deftones are making their long-awaited return to Australian shores after a four year break, in which fans hungry for their knack for heavy experimentation, melody and dream-like atmospheres will be ascended to the highest ranks of Chino-induced-hypnotiscism.

What Jimmy Eat World lack in down-tuned riffs is made up for entirely in heart-wrenching sing-a-longs and anthemic choruses—a recipe that’ll surely go down a treat with the Download crowd as they celebrate their excellent 2019 release Surviving.

Ministry will be making their way to Australian shores for the first time since Soundwave 2015, whilst stoner rockers Clutch will similarly break their five year Australian drought celebrating their excellent 2018 record Book of Bad Decisions.

Joining the ranks will also be extreme metal pioneers Carcass and Swedish metal riffers In Flames, as well as Testament, Lacuna Coil, Venom Prison and Baroness. Representing local talent will be Clowns, Thornhill, Halloween Hysteria alumni Redhook and Dregg, Stand Atlantic, Plini and more, who will no doubt give the internationals a hefty taste of the magic in Australia’s heavy music waters. 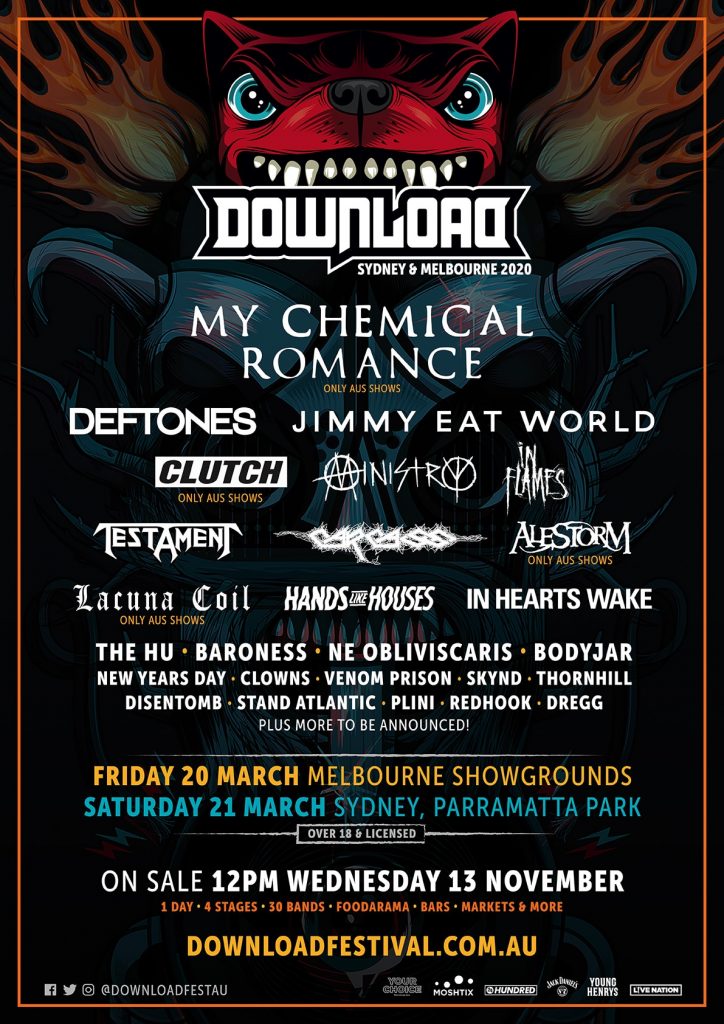