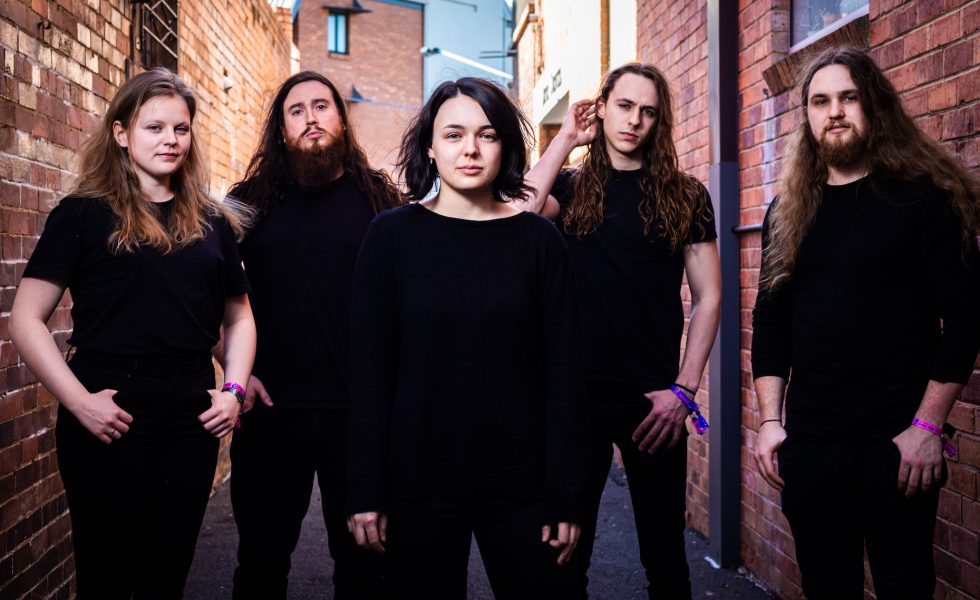 FREEDOM OF FEAR // Through The Gateways

With the recent release of their debut album Nocturnal Gates, when it comes to innovating technical melodic death metal, Freedom of Fear are serious.

The Adelaide-based band are now set to hit the stages of Brisbane, Sydney, Canberra and Melbourne with some of the biggest shows this year, including supporting Fleshgod Apocalypse and a stellar appearance at the mighty Halloween Hysteria.

“There were years of work,” says guitarist Matt Walters, regarding Nocturnal Gates. “I mean, the band was almost not going to be a thing a couple of years ago, so [we’re] coming back from the brink of extinction basically. The reception so far seems like it’s quite positive, we had a really successful Adelaide launch, so I guess we will find out what the reception is like on the upcoming shows we have around Australia, but seems really positive so far!”

Freedom Of Fear has indeed become revived with the addition of new members, as Walters says, “the only original members are myself and the bass player, Georgina [Kittel], so it’s been like a solid five to seven years of pushing things until finally we’ve got this awesome line-up with Jade [Monserrat] and Corey [Davis] having joined, having really brought things up a notch.” 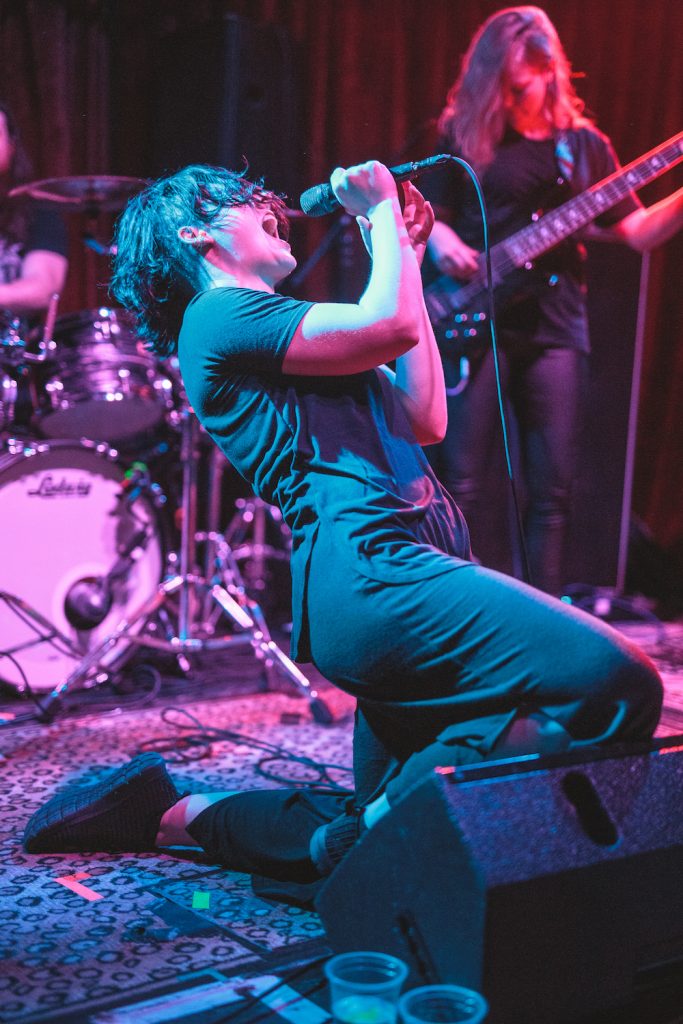 Freedom Of Fear // By Ophelia Symons

Walters and Davis certainly make for an exciting guitar duo on Nocturnal Gates, and as Walters says, adding a second guitarist opened up new possibilities for Freedom Of Fear. “Well, I’ve always written parts for a second guitar,” Walters says, “but I think what Corey brought was that he is a really good and fast guitar player, so I could write way more epic parts and he can keep up with it. Basically I felt less restricted with the songwriting. I was gradually getting into more tech-y things, wanted to put more black metal into it, and just naturally started writing harder tunes, so I guess that Corey joined at the right time basically, but I don’t think there are many people who could come in and do what he’s doing, so I guess it naturally evolved.”

The intricate style of technical melodic death metal played by Freedom Of Fear suggests a wide range of musical influences. On the bands that influence him, Walters says, “I’m pretty varied in the music I listen to, there’s obviously bands like Death that were a big influence, and then Gojira, I love Gojira, even bands like Cattle Decapitation have been awesome. Guitar player wise, Yngwie Malmsteen has always been a huge influence on my solos and things like that. Black metal bands like Dissection and Dimmu Borgir, and then I should mention Obscura and modern tech bands like that have been a huge influence as well.”

The band was almost not going to be a thing a couple of years ago, so [we’re] coming back from the brink of extinction basically. The reception so far seems like it’s quite positive, we had a really successful Adelaide launch, so I guess we will find out what the reception is like on the upcoming shows we have around Australia, but seems really positive so far!
[MATT]

On how he musically reconciles these different elements, Walters says “it takes a lot of time, and I think knowing music theory can be really helpful with bridging together sections that seem like they’re less related, or even turning ideas that I might not quite fit… but yeah there’s not really one method, because I don’t want it to sound disjointed musically, but I like having a varied sound.”

Speaking of varied sounds and coherence, one track from Nocturnal Gates that comes to mind is opener The Consciousness Of Misery, which moves from fast melodic technical riffing into an ambient interlude with a saxophone solo…“It’s a real sax,” Walters laughs, “it’s one of my friends from uni who I met while I was doing the jazz course and we just put heaps of reverb on it, and it sounds less like a normal sax. I have actually wanted to cut a saxophone part for about five years, since I heard a band called In Vain from Sweden, they had an album called Ænigma [2013], I heard these guys do it in a section and it built up and I thought, hey that’s really cool, I want to do that. Ours turned out quite different in the end, a little bit more like the sax was right at the front with heaps of reverb but that put the initial thought in my head, but compositionally, I just felt like that song was the perfect place for a sax solo, like rather than a guitar solo.”

With Nocturnal Gates now released, Freedom Of Fear have already hit the ground running with new ideas, as Walters says, “basically as soon as, or even slightly before, Nocturnal Gates was released, we had started writing new stuff, because it is time consuming to write this kind of music, but it comes in ebbs and flows, but definitely made some progress on new music. At the moment we just really want to crush this tour and see where that leaves us for more shows next year, and keep working on new music.”

Freedom Of Fear sure does have some epic shows lined up, including supporting Italy’s Fleshgod Apocalypse and playing this year’s Halloween Hysteria. On what we can expect from their set, Walters says, “It’ll basically be mostly the new album, the whole album, if we can squeeze it in. We kind of break it up, because Gateways and Purgatorium work really well as opening songs…come to think of it we do play it quite out of order but it works because conceptually, there are similar lyrical concepts and themes throughout the album, so it all ties in. There are certain sections of songs that go down live really well, like that stomping riff in Amorphous. The Abstract Venom seems to go down well too, the chunky parts at the end.”

So, is Walters going to dress up for Halloween? “Good question”, he laughs, “…I haven’t really thought about that!”

I suppose we shall see on Saturday…