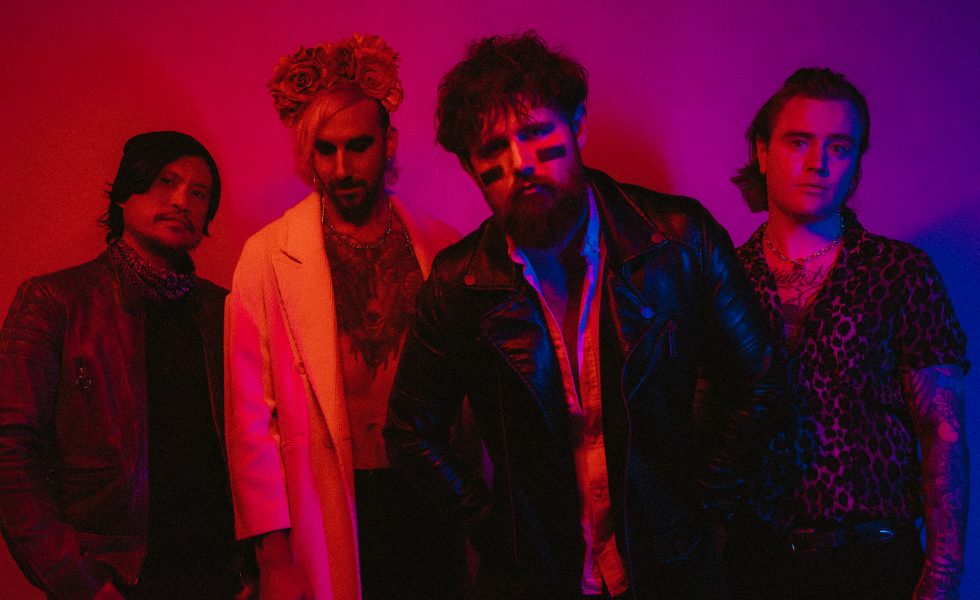 CLAY J GLADSTONE // The Fine Line Between Balance And Chaos

Emo, indie and punk rock, oh my! Clay J Gladstone has thrown up a big middle finger to genre-norms, delivering a melting pot of sounds in their latest single, Balance.

The track is a personal one and was inspired by the experiences of guitarist Johnny David. We got frontman Clay J Gladstone on the line for a chat about how it all came together. Read on.

Hysteria: Tell us about how the band came together?

Clay: It was a solo project for me. I used to do pop-punk songs over a PA system. I would just sing over backing tracks. I went to school with Johnny (David, guitarist). He came to a show; we sat down together afterwards and had a few beers. He told me the songs were okay, and then after twenty more, he told me he loved them. The band came together from that.

We’ve heard Balance Is a personal track for you. Tell us about what inspired it?

It’s a personal one for Johnny. I wrote the song for him. Like I said before, going to school together, we tend to sit around and have too many beers and spill our guts and talk shit. He’s had some struggles in the past. The song is basically about trying to find balance in life. I’ve been saying in statements the grass is always greener until you get there.

That feels like such an important message to spread and one that many people will relate to.

Here’s an example. For me, alcohol is all or nothing. When Johnny and I talked about finding it hard to find balance, we were basically saying you’re either a drug addict, or you’re not. There’s no in-between. It sounds a bit depressing, but there’s a positive message in the track somewhere.

When Johnny and I talked about finding it hard to find balance, we were basically saying you’re either a drug addict or you’re not. There’s no in-between.
[ Clay J Gladstone ]

What can we expect to see from the coming visualiser?

It’s basically us at a karaoke bar having a bit of fun. It’s more of a lyric video.

What’s the band’s go-to for karaoke?

If we’re going to karaoke, we’re basically doing The Black Parade over and again (laughs).

In terms of your musical influences, it’s quite a mixed bag. Tell us about what inspires you with those different acts?

I am a massive Say Anything fan; Max Bemis’ songwriting massively influenced me. All the other emo greats like My Chemical Romance did too. It’s funny; with our new EP, there’s a bit of an indie feel. I’ve been telling people it’s a mix between The Strokes and My Chemical Romance.

Do you find there’s a commonality between those acts that’s resonating with you?

I was thinking about this the other day. For me, Say Anything has inspired me lyrically. The Strokes’ first record had a lot of distorted vocals, and My Chemical Romance has such huge melodies. I can see how it’s all come together and inspired us.

What else can we expect to see on your upcoming EP, and when will it drop?

We released Balance first because we thought it was the shittest song on the EP (laughs). We recorded the EP and shared it around with a few friends. We initially didn’t have Balance as a single, but so many people had it in their top three, so we thought we’d put it out.

We’re really excited about the new few tracks. Our next single has elements of Australian indie and classic emo/pop-punk; it’s a real banger. And if you’re a My Chemical Romance fan, you will fall in love with the title track, Dead Friends. We have a lot of singalong moments and dancy tracks too. We’re looking to drop the EP in early August.