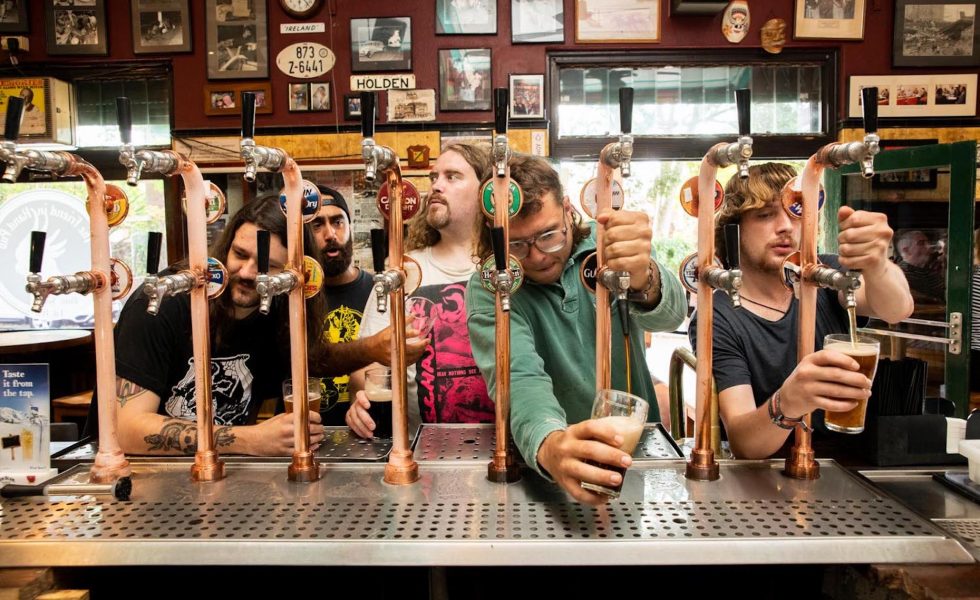 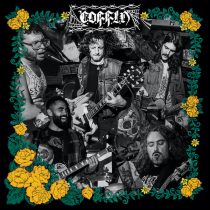 The chances of entering a mosh pit during this current Covid-climate are non-existent, so let’s just accept that while C.O.F.F.I.N’s forthcoming album is something that we’re going to have to wait to hear live, its release is one thing we actually can anticipate.

In the meantime, it’d be in your best interests to pull up a crate. Sit down, crack open a Green Demon and turn this shit up to 11. Sure, you might piss off your neighbours by the end of the opening track, Fast Love, but it’ll be worth it. Fuck, they might even join you! Spark a Winnie Blue while you’re at it, cause Australian rock n roll is on fire.

With charging riffs that tangle on democracy, Plans for You has the same appeal as a sizzling barbeque during an Australian summer, which sets the perfect scenario for Shazza and Dazza to start talking about People and Their Stories. The rhythm section creates rolls that fit between the spiralling of guitar solos like a snag does between two slices of buttered bread. Delish! Setting up the intensity that comes with being (Out) on Bail, there’s an ode to Cecilia which flows through the speakers with an intensity likened to a Holden speeding down a freeway. As the guitars drive us through Dead Land, it’s hard not to notice the Cum in The Streets.

C.O.F.F.I.N’s intensity throughout the 11-tracks is a force to be reckoned with as they manage to maintain the momentum of cut snakes throughout.

C.O.F.F.I.N’s intensity throughout the 11-tracks is a force to be reckoned with as they manage to maintain the momentum of cut snakes throughout. If you looked out over the Headland, you’d probably notice the fire still burning from track one and if you look closely, you’ll see the culprits Playin’ Dead as harmonica debuts within the opening chords. This is possibly the flame in the form of an album that we’ve been needing to hear for a long time; it’s as if The Saints, Cosmic Psychos and The Meanies decided to get together for a beer and figure out how to reboot Australian rock and roll. If that’d happened, their solution would’ve been Children of Finland Fighting in Norway.

Have you got your Akubra on yet?

STICK THIS NEXT TO: Cosmic Psychos, The Saints, The Meanies