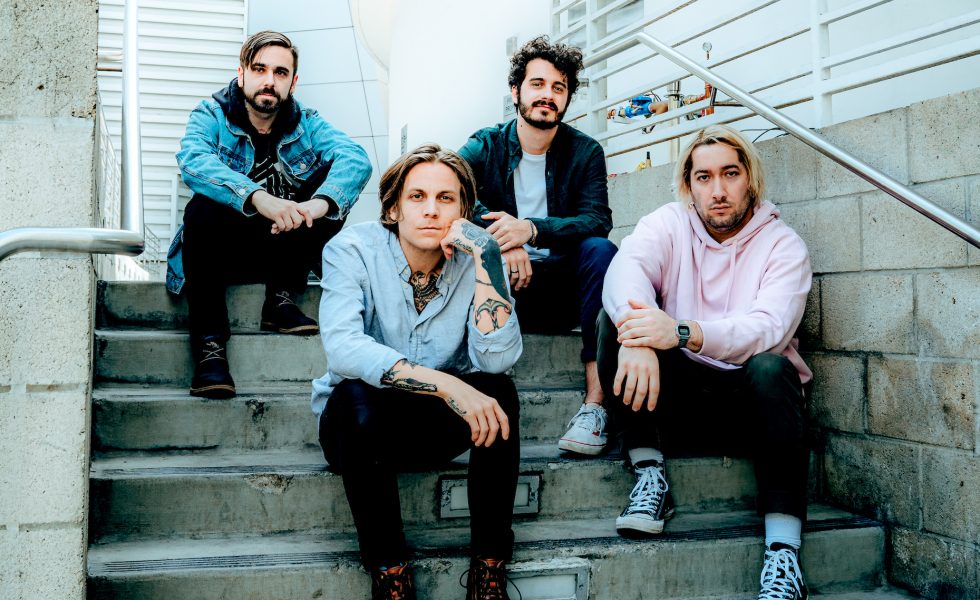 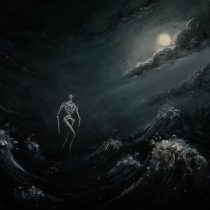 Virginian pop punk outfit Broadside have traded their angsty, teenage roots for a much more matured, love-struck, 20-something pop rock vibe on their latest record Into the Raging Sea, an album that is soft, sweet and unrelentingly catchy in equal measures–and nothing short of a damn good pop punk album.

Listeners are launched into the record with the sullen, moody opener The Raging Sea, a song that almost tricks you into thinking you’re going to get a very different album than what’s to come. While this first track is a soothing and emotional slow song, the record quickly 180’s into a relentlessly head-popping pop punk explosion.

Tracks like Foolish Believer and Overdramatic are clear pop punk anthems, channelling the likes of PVRIS and The Used, while dance-worthy tracks like Nights Alone and Dancing on the Ceiling (With You) feel more akin to the sounds of stadium-playing pop rock bands Don Broco or even The Killers. This makes for a sound that’s hard to resists dancing to, so don’t be surprised if you sprain your toes tapping along to this record.

Into the Raging Sea is a record that will stick around in your head long beyond its short but sweet runtime.

While Broadside’s last record Paradise felt on the right track to this new, polished sound, it’s clearly a big leap from where the band started with their 2015 debut Old Bones. The five years since that debut have resulted in the band finding their sound in this refined, well-produced new album. Though the album is packed wall-to-wall with earworm choruses, none will get stuck in your head longer than the absolute banger that is Heavenly, a classic and criminally catchy pop punk tune that will have fans singing along badly in their cars for years to come. Alongside the similarly catchy, albeit more melancholic, Seasons, it’s clear that Into the Raging Sea is a record that will stick around in your head long beyond its short but sweet runtime.

Like any good pop punk record, Into the Raging Sea is packed full of songs about love and heartbreak. The whole record even plays from start to finish like a turbulent relationship heading to a break up; through all its ups and downs, eventually coming to a sad but somehow forgiving conclusion. That conclusion comes in the form of the chilling closing track Burning at Both Ends, a piano-ridden ballad that closes off the album on a similarly sullen foot note as it started on–book ending the album with a welcomed change in pace.

Before that final ballad though is a rocking journey of an album, and one that’ll no doubt keep listeners interested. With the album going from the moody, rocky track Clarity into a complete backflip with the funky, disco-esk Dancing on the Ceiling (With You), it’s a constant journey for listeners to keep up with, and one that retains that fun, high-energy listening experience pop punk fans are always longing for. While Into the Raging Sea certainly sounds like the kind of album that turns bands like Broadside from indie darlings into arena-headliners, they aren’t quite forgetting their punk roots either. Tracks like Breath You In and The Setting Sun show off the punk side of the pop punk label, with the latter having some rocking guitar work worthy of any band in the alternative scene.

Into the Raging Sea is a truly diverse record that proves Broadside have nurtured their pop punk roots and grown from them, without digging them out completely. If this isn’t the album to break Broadside out into the mainstream, then their big break is only around the corner; with their next album sure to cement them as a pop rock headliner look out for.

STANDOUT TRACKS: Heavenly, Dancing on the Ceiling (With You), Seasons, The Setting Sun

STICK THIS NEXT TO: Don Broco, All Time Low, PVRIS