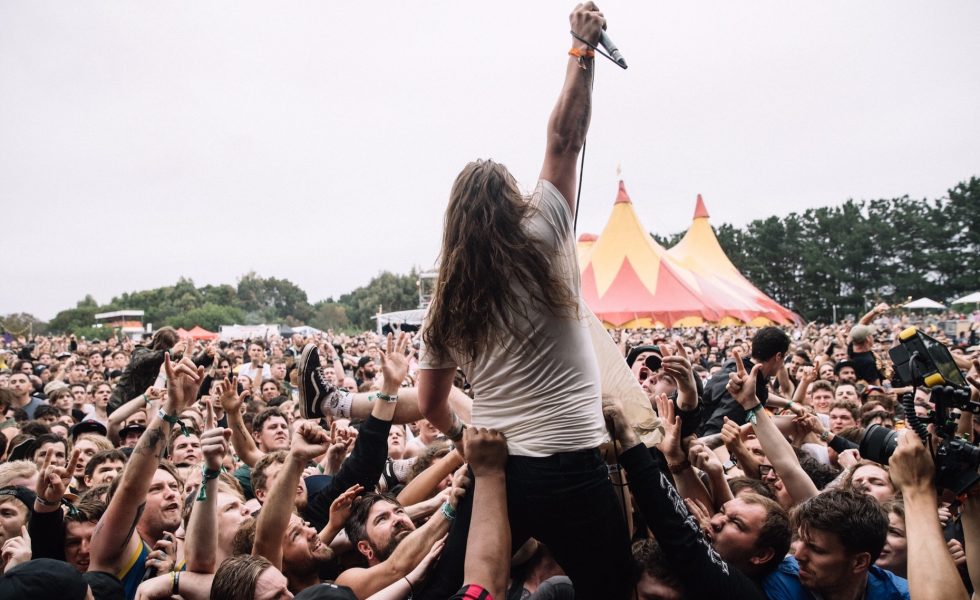 In sad, but totally understandable, news the legends behind Unify Gathering have announced the fest will not go ahead next year.

Fear not though, they’ve partnered with The Faction and will be dominating the airwaves with a Heavy Radio Festival instead. The event will run from the 15-17th January and will include new and old interviews with Unify artists, some previous performances and live crosses to fans/musos.

Anyone who’s attended Unify will know one of the best parts is having a dance to the DJ sets with your mates and the radio fest will pay tribute to this, including sets from DJ Scooter and the AM/PM crew. To round it all off, there will be live acoustic performances, giveaways and a fan-voted countdown to determine the best ever Unify sets from the past six years.

The news was announced through the festival’s social media accounts, catch the full statement below and we’ll catch you in the pit in 2022!

Unify 2021 will not go ahead. We’d been hoping to have enough clarity to announce the festival today, with the view to have it take place in late March. However, without enough assurances that the event can go ahead in a safe and financially viable way, we don’t want to take any risks. Looking forward, the Victorian weather doesn’t generally get much better until November – by which time we may as well stick to our usual time frame in January 2022. We still plan to keep as much of our already booked line-up intact, and we’ll have some updates for you early in the new year.

We wanted to make sure that January 2021 still had something for the Unify faithful to enjoy. We’ve teamed up with The Faction online radio to provide a full weekend of Unify related programming to take place from 15-17 January.  This will include both new and old interviews with Unify artists, some live tracks from previous performances, and live crosses to Unify fans and artists. We’ll have DJ Scooter and the AM/PM crew putting together DJ sets, and we’re talking to some of our favourite artists about doing acoustic performances live to air on Sunday. We’ll have giveaways on-air, and we’ll also be running a fan-voted countdown of the best ever Unify sets from our first six years!

We know this won’t replace an actual festival, but we’ve all become accustomed to spending the middle weekend of January hanging out with like-minded folk and celebrating heavy music. What we’re hoping is that we can encourage you all to have your own Unify related parties around the country, invite your friends and turn on The Faction radio to celebrate the music and community we all love.

To make that celebration even easier, we’ve also collaborated with Pabst Blue Ribbon and Built To Spill on a Unify branded slab of PBR. There are only 300 of these cases available, and they ship right to your door to facilitate your celebration. What’s more, three people in Australia who order these cases will win a prize pack including a stack of vinyl and a keg of PBR delivered to your Unify party in January. Simply order your beer by Midnight December 31 to be in the running to win, and for every case you order there’s another chance to win.

Unify will also work with a few of our favourite bars and pubs to have the radio playing all weekend, and whatever else we can think of to make it feel like Heavy Music Christmas