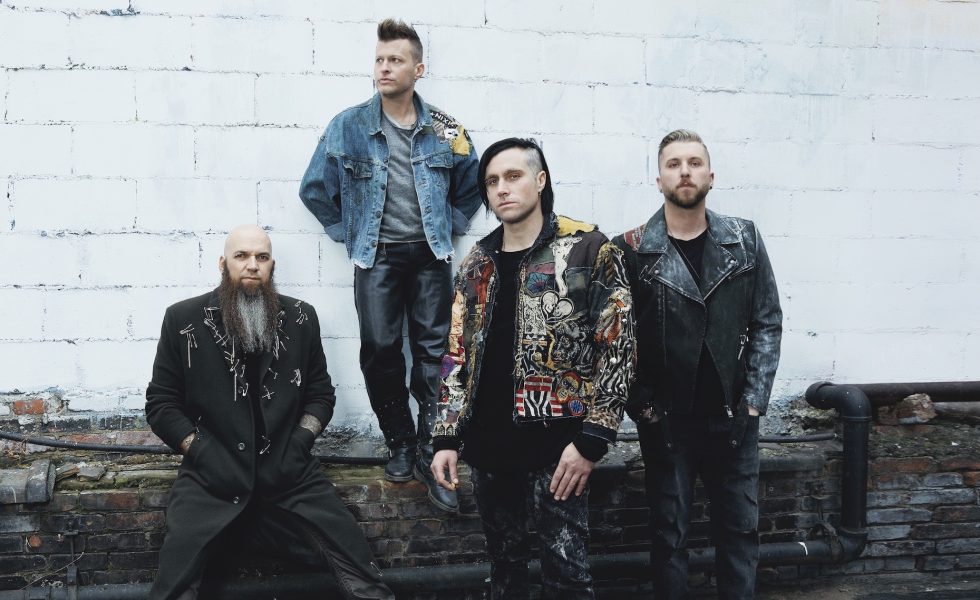 THREE DAYS GRACE // Debut Cover Of Gotye’s ‘Somebody That You Used to Know’.

After dethroning Van Halen from their two-decade record of topping the Billboard chart, the multi-platinum certified Canadian band Three Days Grace have released their cover of the Gotye track Somebody that You Used to Know together with an Ah-ha-esque music video directed by Mike Filsinger.

Adding a thumping rhythm, crunching guitars and screaming, screeching synths that create a sense of menace out of a song that was more cutting than threatening, Three Days Grace have added their energy to one of the most covered songs on the internet.

The vocalist Matt Walst does a respectable job at putting across the anger of the breakup of a relationship, to both himself and the other party, as opposed to the resignation found in Gotye and Kimbra’s original.

While this song might seem to be a strange choice for the band to choose to cover, vocalist Matt Walst says it hit him hard when he first heard it.

“The first time I heard Somebody That I Used to Know I got goosebumps! This has only happened to me a few times in my life” Walst says.

“I remember listening to it over and over and just being happy. Music releases a mood enhancing chemical in the brain that can set good moods and peak enjoyment. Music is truly the best drug!”

Three Days Grace is going from strength to strength, winning ‘Rock Artist of the Year’ award at the 2019 iHeartRadio Music Awards and being nominated for a Juno Award.