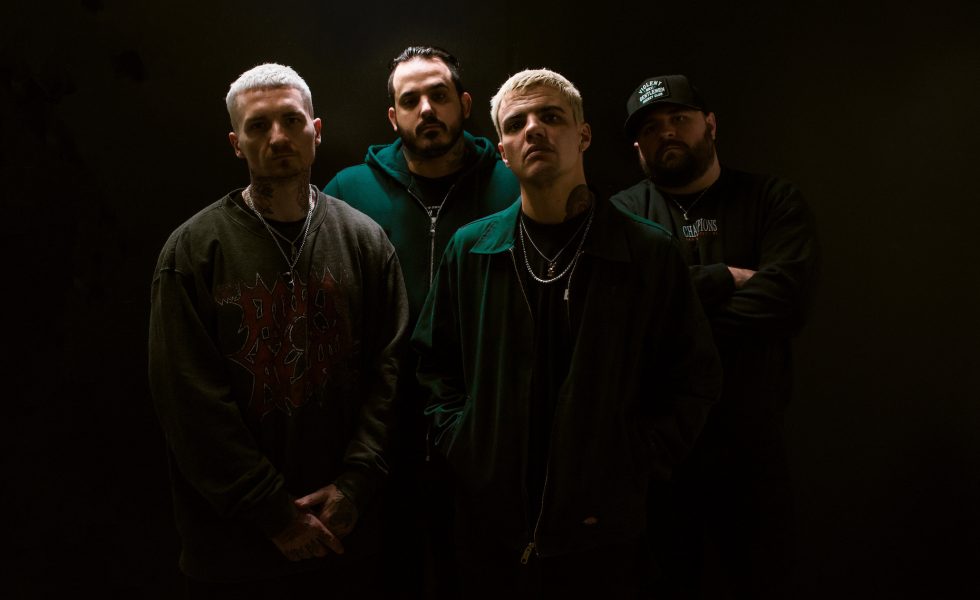 10 records in, and Stray From The Path are as brutal as ever.

On Euthanasia, they’ve brandished some of their hardest-hitting instrumentals to date – courtesy of Anthony Altamura, Craig Reynolds and Tom Williams.

Aside from being a record made for the love of music, Euthanasia wears the band’s inspirations on its sleeve – something especially true with Williams. We were lucky enough to catch up with him, and learn just which guitarists shaped his sound.

Tom Morello, that’s a given. He’s the reason why I play guitar.

Bulls On Parade was the first time I heard Tom’s guitar sound, and I remember where I was when I heard it. I was in sixth grade sitting in my gym class, and James Watson, who was a kid I went to middle school with, came over and put headphones on me, and he showed me Bulls On Parade. And I just got addicted to it. And you know, that’s one band that has stood the test of time for me.

I watched an interview with him, and it was for Guitar World, and he’s like, yeah, we get our record contract, and they give you some money for gear. He would then go to guitar centre to buy a bunch of stuff that looked cool, but instead of reading the manual, he would throw it out, see what he could do with it and mess around. I love that. That’s the kind of mentality that I always took from there.

I would say this might not be as cool; back in the day, a long time ago, like 12/13 years ago, Stray From The Path had two guitar players, and it was John Kane and me. He left the band, and he went on to be a political science professor at fucking NYU. So, he’s like done his thing, but he taught me how to play guitar. So, while that might not be a cool name for people, I would put him as number two.

Third, I would say, Josh Travis, formerly of Tony Danza Extravaganza and currently of Emmure. He’s one of my favourite guitarists.

It’s about creativity, pushing the envelope and making strides to do something different sonically.
[ Tom Williams ]

I think he’s one of the best guitar players to come up in the last five years, and his best material is ahead of him.

Cause if you took Kurt Ballou from Converge and Tom Morello, I think that’s Tom Williams.

Kurt was the first guitar player in hardcore that I heard. Cause if you can’t tell, I like experimental shit. That’s why I like Tom Morello and why I like Kurt Ballou.

One of their most iconic records is Jane Doe. How that album even starts. That noise on guitar, I haven’t heard anything like that. So, to me, I gravitated towards shit I’ve never heard before.

Tom Morello and Kurt Ballou did that all the time. Isaac Hale and Josh Travis are still doing that in heavy music. It’s about creativity, pushing the envelope and making strides to do something different sonically.

The message and the lyrics are what we’re about in Stray From The Path. I also want to write songs that people haven’t heard before.