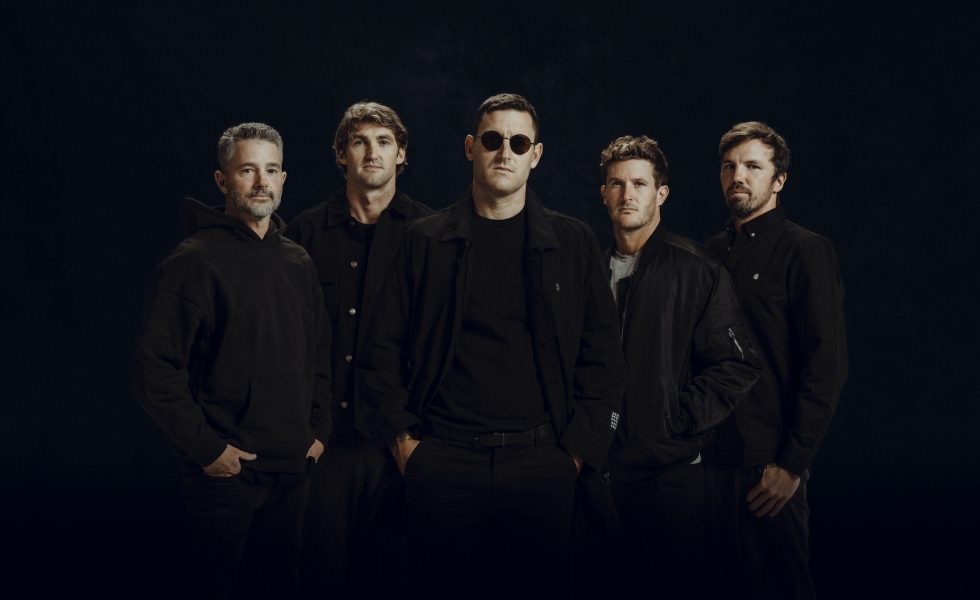 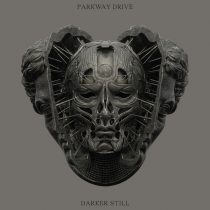 For better or worse, the past few years have been ones of unexpected angst, introspection, and transformation. Whether reeling from natural disasters, war, the global pandemic or oppression, few have emerged in 2022 unscathed by the world around.

But, like a phoenix must embrace darkness to ultimately be reborn, Australian metal juggernauts Parkway Drive embrace an arc of humanity’s flaws alongside raw nostalgia and modern might on their brand new full length album Darker Still.

Fittingly encapsulating the symbolism of the number seven, that of inner wisdom, intuition, and self awareness, album #7 for Parkway Drive is undoubtedly a career-defining turn from the Byron Bay group; a feat not to be sneezed at, given the band’s already astonishing legacy as one of the biggest metal acts in operation. From underdog status playing in parents’ basements to headlining festivals and unveiling multiple Gold status albums along the way, the near-two decades of existence for Parkway Drive seems to have all been unwittingly building to Darker Still. As frontman Winston McCall himself “What you hear on Darker Still is the final fulfilment of our ability to learn and grow catching up with the imagination that we have always had. These are the kinds of sounds we always had in mind. This is the way we always dreamed.” And it seems this very dream is one teeming with nods to classic rock and metal alongside the expected ballistic heaviness, sharp beauty and cathartic pathos, as the 11 tracks on Darker Still ultimately reveal.

At this point, it is ultimately a disservice to label Parkway Drive as a metalcore band. Instead, Darker Still is a genuine masterpiece, lovingly created and fiercely executed from one of the true greats of our time.

Beginning with an eerie lullaby that quickly merges into a classic Parkway anthem, Darker Still begins with the stomping Ground Zero, presenting as typical fare while also getting in early with setting the scene for early 90s metal apparent throughout. Fiery menace follows via Like Napalm, as McCall prowls over lyrics like “Burn the bridges, fan the flames” like a macabre rock god. The stomp continues on the boisterous and galloping Glitch, which touches on sleep paralysis alongside firm metal, more clean vocals, and prowling basslines. Death becomes them next via The Greatest Fear, complete with organs, choirs, growls and urgent whispers, with the band going full Metallica instrumentally, with a criminally beefy breakdown for good measure. Speaking of Metallica, title track Darker Still rolls in next acting as a truly sublime homage to the melancholic melodics of Metallica’s No Leaf Clover, as well as healthy doses of Led Zeppelin and Guns N’ Roses along for the ride. A heartbreaking showstopper, Darker Still is the most stylistically divergent Parkway have ever been in their career to date, while also offering a gleaming spotlight for axe-man Jeff Ling.

The remaining half of Darker Still toys with trademark Parkway snarl (Imperial Heretic, Land Of The Lost), growling slow burns (If A God Can Bleed), futuristic caustic mayhem (Soul Bleach), and spoken segues (Stranger). But don’t think you’ll leave Darker Still without being pummelled with a guttural and beautiful closing monster: enter From The Heart Of Darkness. A modern warcry to facing your own darkness and being unafraid to shine a light on your shortcomings, From The Heart Of The Darkness is equal parts a past and future time traveller, oozing with raw energy and roaring arrangements while wildly revelling in nostalgic metal and orchestral flourishes. A ravishing closing note fit for the modern kings of metal, From The Heart Of Darkness equally hits hard with McCall intimately wearing his heart on his sleeve detailing his own journey and the concept of the ‘dark night of the soul’.

With over four years in between album releases since 2018’s resoundingly acclaimed album Reverence, an unholy amount of external expectation was riding on Darker Still; but, at the same time, this is also a band with entirely nothing to prove. Instead, entirely true to form, Parkway Drive have smashed their comfort zones and faced inwardly to finally bring to fruition the creative identity they have always dreamed of, while also showcasing their measured approach to balancing their production and actively giving songs room to bloom. A journey which was itself begun on Ire in 2015 and Reverence as well, Darker Still finishes off the groundwork laid by its two predecessors while also utilising more natural approaches and fusing to its core a balanced love letter to earlier rock and metal icons who walked so Parkway could run. At this point, it is ultimately a disservice to label Parkway Drive as a metalcore band. Instead, Darker Still is a genuine masterpiece, lovingly created and fiercely executed from one of the true greats of our time.

STICK THIS NEXT TO: Metallica, The Ghost Inside, Architects