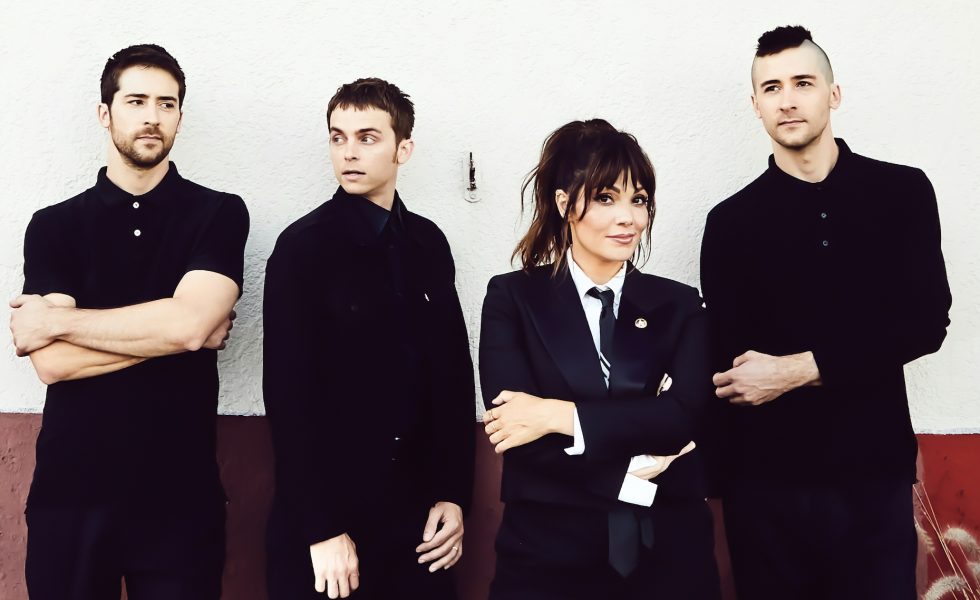 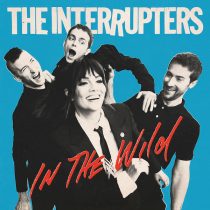 California’s The Interrupters interrupt your regular programming this August to bring you In The Wild, a fourth studio album from the group, and a high-octane rattle of 2 tone, ska and punk-fuelled delights.

Forming over a decade ago in Los Angeles over a shared love of the, at the time, 90s punk rock revival as well as the foundational 2 tone ska bands, The Interrupters swiftly found their groove via the Bivona siblings, guitarist Kevin and twin brothers Justin (bass) and Jesse (drums), dynamic frontwoman Aimee Interrupter, and mentor, producer and honorary “fifth Interruptor”: Rancid co-founder Tim Armstrong.

Increasingly renowned for their mega-wattage live shows and potent sonic charisma, with showings at Vans Warped Tour and supports alongside the likes of Rancid, Bad Religion and Green Day for good measure, The Interrupters’ plans at the start of 2020 to record a fourth album were, themselves, unceremoniously interrupted. But this is a band who have never taken any hurdles thrown at them lying down, instead embracing lockdown, isolation and the uncertainty of the past few years to emerge with a dazzling follow up to their 2018 album Fight the Good Fight; and In The Wild is resoundingly the most intimate and ambitious release yet from a band dedicated to breaking down personal and professional barriers.

It’s rare to stumble across a release that can fuse ska, reggae, punk and personal overtones into something equal parts accessible and satisfying, but, as any Interrupers fan will tell you, this is a band more than willing to traipse into the wild side by side with their listeners, taking you on an unforgettable and unexpected journey

Kickstarting with the raspy stylings of Aimee and a percolating bassline, Anything Was Better loads up laidback SoCal delivery with a chiselled nostalgic nod. Via its singalong choruses and bright melodics, Anything Was Better aptly paves the way for bouncy velocity (As We Live featuring both Armstrong and ska legend Rhoda Dakar), snarling 90s-hued anthems (Raised By Wolves), ska bops that would make Gwen Stefani proud (In The Mirror) and lolling reggae (Kiss The Ground and The Skints featured Love Never Dies). Entirely refusing to sit still for too long in any one genre box, In The Wild gleefully twists and turns between affable arrangements and bulkier hues; but it’s also ultimately on the album’s closing track Alien that we witness The Interrupters stripped back to their vulnerable best, with vocalist Aimee emphatically pouring her heart out over a burgeoning doo-wop-esque universe below.

Lyrically, In The Wild is a stark victory, with the band exploring dark and intimate narratives alongside their overarching spice, with Aimee’s whisky-soaked vocals capturing and commanding attention throughout the album’s every breath. It’s rare to stumble across a release that can fuse ska, reggae, punk and personal overtones into something equal parts accessible and satisfying, but, as any Interrupers fan will tell you, this is a band more than willing to traipse into the wild side by side with their listeners, taking you on an unforgettable and unexpected journey (and guaranteed, there would be some impromptu forest dance parties along the way).

STANDOUT TRACKS: As We Live, In The Mirror, Love Never Dies

STICK THIS NEXT TO: Rancid, Less Than Jake, Mad Caddies, No Doubt