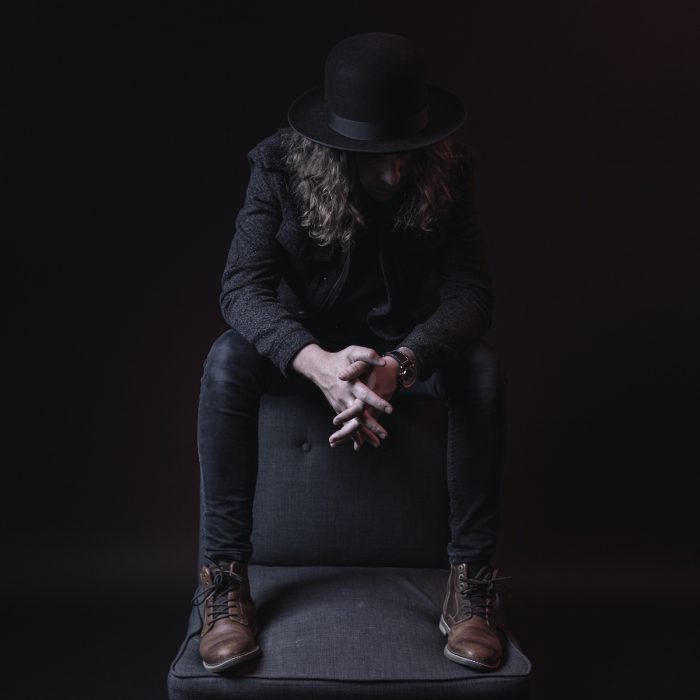 Brisbane’s Montear is here to bless your eardrums with his debut single, Dear Earth.

MORE: KICK OUT THE JAMS with IN HEARTS WAKE // ALPHA WOLF: Nothing Quiet About It REVIEWS: ALPHA WOLF: a quiet place to die // MARILYN MANSON: We Are Chaos // KING PARROT: Holed Up In The Lair // MOVEMENTS: No Good Left To Give // ENSLAVED: Utgard // DEFTONES: Ohms // TOUCHE AMORE: Lament // MONTEAR: Dear Earth

The cinematic, post-rock masterpiece will appear on his upcoming EP, set to drop early next year. With an exciting future ahead of him, we caught up with Montear to chat about it all.

Montear: I started playing music when I was in school. Over the years I would stop and then pick it up again. In the last few years, I’ve really knuckled down and focused on it. My mum used to play classical, acoustic guitar to me whilst she was pregnant and I’ve always had this love for guitars and instruments because of it.

It’s a bit of a funny one. I’ve got a bit of love for Viking heritage and Montear means ‘to hunt’. It’s got something to do with deer. I’m not a person who supports hunting or anything like that, but there’s an old Viking tale of deer in an old ash tree and the two intertwined for me. The name was just born from what it is, it just came to me.

How did Dear Earth come together?

I’ve got a heap of tracks that are ready to be released but Dear Earth, in particular, is special to me because it was one of the first ones I wrote for the upcoming EP. With everything that happened at the beginning of this year, it just felt like the perfect time to release it. It means a lot to me, I did go back and revisit it and change some things around but the meaning of it stayed the same. It’s about slowing down, appreciating the ones you love and not taking things for granted.

I want to write music like that, something that makes people feel encouraged and like they can achieve anything.
[ Montear ]

Tell us about your love for movies and soundtracks.

I could go on for ages (laughs). With soundtracks, I love the complexity behind them. The instruments need to sing and tell a story for themselves and there’s a lot to that, to be able to disconnect from words and allow the listener to create their own world of imagination. That ties back to my love for movies; you can change emotions by bringing together a dramatic scene and a dramatic score. I love the wave of emotion that comes from the two of them together.

What would’ve been your dream movie to feature on?

I always go back to The Secret Life of Walter Mitty, it was a really inspirational movie in the sense of encouraging you to just stop and take that leap of faith. That movie just has those inspirational moments, one after the other. I want to write music like that, something that makes people feel encouraged and like they can achieve anything. That’s a personal thing to me, I feel like that too. It’s why I write the way I do.

Can you share any details on the Dear Earth music video?

It’s been shot in several locations. It’s pretty simple but I still wanted it to capture that cinematic essence that I love. I don’t want to give away too much but it’s about going through life and getting to an endpoint.

Tell us about some of your musical influences.

There are some great post-rock artists out there and in recent weeks I’ve discovered even more through Instagram; it’s amazing to think there’s so many out there! Perhaps I found Sigur Rós because they’re quite popular, they were put in front of me earlier on. From there I started finding those different, niche genres around post-rock and it’s hard to pigeonhole them. I’ve found out there’s cinematic post-rock as well, that’s how I discovered Lights & Motion. He’s amazing, the stuff he produces feels like waves of emotions. If I can say something on Sigur Rós, I love the way they can produce a track with or without lyrics, and it has the same effect.

What can we expect to see from you in the next months?

Another track will be dropped in the next couple of months, and then I’m aiming to have the EP out in March next year. It’s pretty nerve-wracking, getting music out to people, but it’s been really nice. I’ve been getting some lovely messages on Instagram, people just connect to the music and it’s awesome. I’m enjoying that people are getting something out of it.