SOUNDS OF THE UNDERGROUND: M!GRAIN // The Great Experimenter 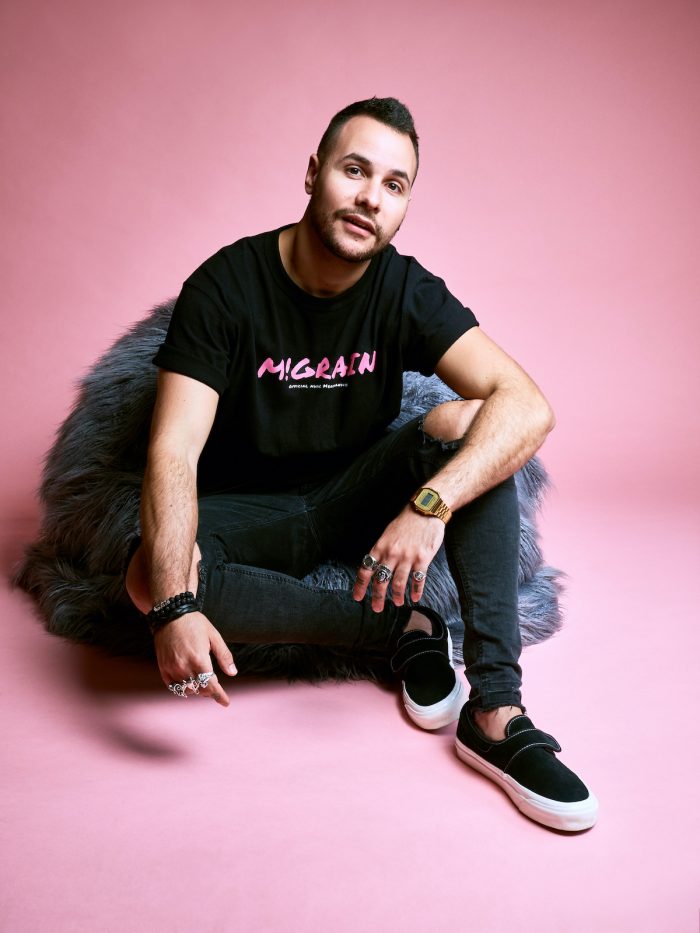 M!GRAIN’s never shied away from his love of music. High school bands and the release of dozens of singles have all been a creative outlet for the Sydneysider, who has now released his latest record, Factuality.

“Me and music date back to as far as I can remember, I was always the kid with the plastic, toy guitar in his hand.” he begins. “It started seriously when my grandma gave me a classical guitar for Christmas one year. After that, I always wanted to play against records I was hearing. Then I went into high school and I was still obsessed with it, so I was in a couple of bands. I went to JMC Academy and did a Bachelor of Music, now I’m progressing as much as I can.”

Unlike his past EPs, Factuality pays tribute to the iconic alt-rock scene of yesteryear. Something all too familiar for a 90’s baby.

“With writing this album, with the current state of the industry from my skewed little view, a lot of it is now driven by hip-hop. I wanted to make an album that was a throwback and paid homage to the great bands that came out in the ’90s like The Red Hot Chilli Peppers, Alice in Chains and Pearl Jam. I wanted to capture that style of music, I’m finding it’s slowly coming back. I also wanted to mix it up with some new age-tech in terms of how it was recorded, throwing in a lot more delays and loops and samples. I wanted to refine the process of what could’ve been recorded back then but was actually recorded now.”

Growing up in a music-loving family meant M!GRAIN was exposed to a plethora of different sounds, something he says shaped him.

I wanted to make an album that was a throwback and paid homage to the great bands that came out in the ’90s. I wanted to capture that style of music.
[ M!GRAIN ]

“It was kind of embedded into my family, my uncle was in a band long before I was even around and he played bass. Growing up, everyone was listening to all kinds of things and just singing. It wasn’t just the same music being played either, mum would listen to Roy Orbison and then it would go to Metallica, Prince and Michael Jackson. I loved growing up with that.”

“I haven’t always had a clear vision of what I was doing with my sound, my previous EPs were very hip-hop and electronic inspired”, he continues. “I thought about it and realised that it wasn’t what I was good at, it was just something I was experimenting with to fit in with a crowd. I remember landing on a Chilli Peppers documentary, it was for the Blood Sugar Sex Magik album, and I thought no-one makes music as crazy or deep as this anymore. I thought I could try to do that, so I got in that headspace and started dressing retro. It’s hard not to rip off your idols but I still wanted to tip my hat to them.”

With a nostalgic filter firmly placed on his sound, M!GRAIN found his lyrical inspiration in the world around him and his own personal experiences.

“I was inspired by things happening around me like relationships, fake friendships that turned sour and the age of social media; how people can portray something and others will believe it despite it not being the truth. That’s why Factuality is the main push for the album. I recently won against mental illness, I wanted to push that through and write about that too. I hope people can relate to it.”

With touring off the cards for the foreseeable future, he’s now focusing on the social- media era of music and plans to host some live-streams.

“I feel like it’s still relatively new to a lot of artists out there and some of the artists I know struggle with figuring out what’s happening,” he says. “When Australia can start doing live-gigs properly again I’d love to get a band together, or just do a show- I want to give people a good, live show instead of just some guy with a guitar. Australia is so creative, I hope some good comes out of this situation. I hope it opens eyes to some undiscovered artists out there.