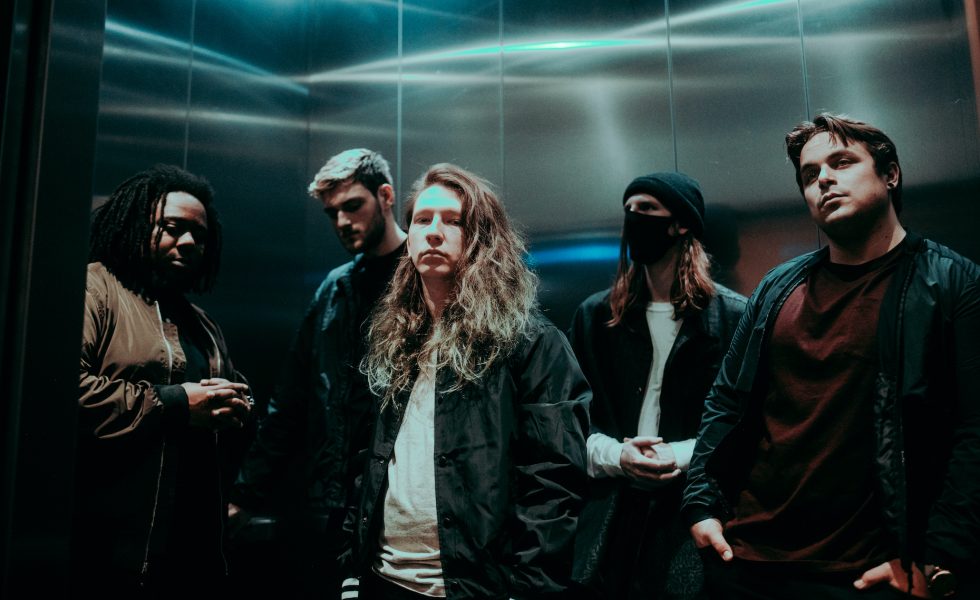 We live in a complex world, with multiple layers of awareness and identity. In the spaces between reality and perception, Michigan-based deathcore band Sleep Waker have carved their place. Following from their incisive debut album Don’t Look At The Moon [2018], the heavy-hitting five piece have released their label debut with UNFD, aptly titled Alias.

“It’s an example of where we are now,” says Sleep Waker’s drummer Frankie Mish, “and how we are trying to grow as people. We are expanding our horizons past wanting to be just angry and heavy music, we want to explore more than that … while still being angry and heavy.”

Alias certainly does showcase Sleep Waker’s ever-evolving attitude to their ‘heavy and angry’ music. As Mish explains, deepening their understanding of anger has led to more variety in their sound. “It adds more dynamic,” Mish says of the melodic elements on Alias, “that’s a big thing I’ve tried to push. The more you back away from the angry and the heavy, the more contrast you add, the lighter somethings go, the more heavy things will seem later on. We have tried to make things more dynamic, to have more impact, it makes the angry and the heavy feel more genuine. It’s not just ‘oh, here’s a thing and I’m angry about it’, but more ‘why am I angry? Here’s some of the reasoning behind it’. It’s an adult way of problem solving, rather than ‘this sucks, I hate it, get mad’. The whole album is about identity, what it means to be human, what it’s like to be alive, it crosses the existential topics, and how a person can change as they go through life, mirroring the sound the band wants to go for, rather than ‘here’s a changed album’, why not write an album that’s about change?”

The whole album is about identity, what it means to be human, what it’s like to be alive, it crosses the existential topics, and how a person can change as they go through life.
[ Frankie Mish ]

Speaking of the concept of change, there are some tracks such as 110 Minutes and Distance, that explore how change and transition aren’t always easy. “Distance and 110 Minutes…” Mish pauses to reflect, “they focus on the concept of loss changing you a person, going through a traumatic event, or going through something that’s forced you to re-evaluate how you see the world. Distance being like losing someone close to you, and 110 Minutes dealing with that you will experience loss and be powerless to change it, and how that feeling of being powerless, or unable to change it affects you emotionally, how it can take a toll.”

One of the most musically innovative tracks on Alias, Melatonin, seems to speak directly to the strain of modern life. Mish agrees, and elaborates that this track forms something of a segue between where Sleep Waker has been and to where they are heading. “Melatonin was kind of meant to mirror our song Bitter off our first release, this album [Alias] being a sort of growth and transition album, we wanted to have something that called back to our first ever release. So with Melatonin, it covers a lot of things we covered in Bitter, but it is not just about vices [as Bitter] but also coping with feeling behind. It’s specifically meant to give you the feeling that you’re almost trapped in a cycle of yourself in this room or wherever, and you’re trying to get out but there’s a mirror of yourself somewhere also trying to get out. This is reflected in the music video we did for it too, but we wanted it to feel dreamlike, or more evolved than our past music. That’s what we were going for, this change in sound, the change in what the band is, and how we go forward.”

“We’re just kind of expanding on what we can do.” Mish continues regarding how he feels that Sleep Waker have evolved musically on Alias. “What we are trying to do with this album, it is more of a transition, to put ourselves in a position where we can do something different and weird … if we were to put out something lighter, after Don’t Look at the Moon, it would be a shock, this is kind of stepping out from Don’t Look at the Moon, but still keeping the sense and feel of that record. So I think it positions us in such a way that we can evolve past things we are doing right even. We can go out of left field and be creative and artistic, rather than just being the heavy hardcore band down the street. I think it’s a new evolution for the band in general.”

Alias is out now through UNFD.