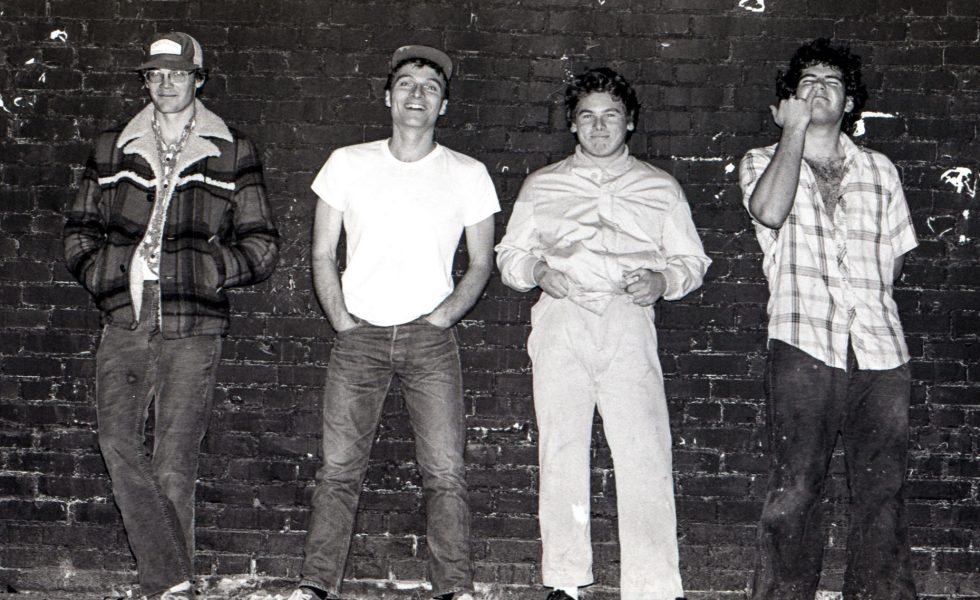 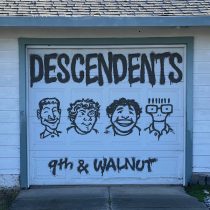 Six years after Descendents dropped their ace comeback album (1996’s Everything Sucks), Navetta, bassist Tony Lombardo and drummer Bill Stevenson reconvened at Stevenson’s Blasting Room Studios in Colorado to lay down brand new versions of the first 17 songs they ever wrote and played together (plus a fun cover of Glad All Over by The Dave Clark Five–a live favourite from back in the day).

After Navetta tragically passed in 2008, the project was put on indefinite hold. Then when Covid hit, Milo Aukerman–Descendents’ on-off frontman for more than 40 years–finally completed 9th & Walnut, recording the vocals remotely from his home in Delaware almost two decades after the tracks were recorded. The release of 9th & Walnut bridges the gap between Descendents’ New Wave-influenced debut single of 1979 (Ride The Wild/It’s A Hectic World, which Aukerman purchased from his school chum Stevenson, before becoming the band’s frontman) and the Aukerman-era melodic hardcore of their four-and-a-half–minute Fat EP. Some of these songs were written when Navetta was just 14 years old, which goes some way towards explaining the faux (we hope!) puking that closes out You Make Me Sick.

Aside from the Fat EP, 9th & Walnut is the only other Descendents release to feature the classic Descendents line-up–Aukerman/Navetta (RIP)/Lombardo/Stevenson–that recorded one of the most influential pop-punk/hardcore albums of all time: Milo Goes To College. A reinvigorated sonic time capsule well worth digging up.

Lombardo has revealed he wrote Nightage about his crush: The Alley Cats bassist Dianne Chai (“She’s playing with my heart/But that’s the way it goes”). Clocking in at just 2.22 minutes, this is the longest-running track in this collection of raw, succinct expressions of teen angst. Baby Doncha Know is a bitter takedown of a girl who quite possibly grew tired of the lyricist’s clumsy advances (“You’re getting older and you always try to look young/ But baby doncha know your best has already been done … And I’m really through with you/And I really hate you”–ouch!). But To Remember taps into some rare vulnerability, Navetta hoping the object of his affections can remember the good times when all is said and done–quite a mature concept, really. Mohicans acts as a history lesson in song, charting rock’n’roll mutating into punk. You can almost smell the spilt beers and bong water during I’m Shaky, which features hilarious lonesome-loser lyrics (“Last night I made love to my radio/Last night I curled up in bed with my canary”). Aside from the Fat EP, 9th & Walnut is the only other Descendents release to feature the classic Descendents line-up–Aukerman/Navetta (RIP)/Lombardo/Stevenson–that recorded one of the most influential pop-punk/hardcore albums of all time: Milo Goes To College. A reinvigorated sonic time capsule well worth digging up.

STANDOUT TRACKS: To Remember, I’m Shaky, Nightage, Glad All Over.
STICK THIS NEXT TO: The Kinks, X, The Last, Black Flag