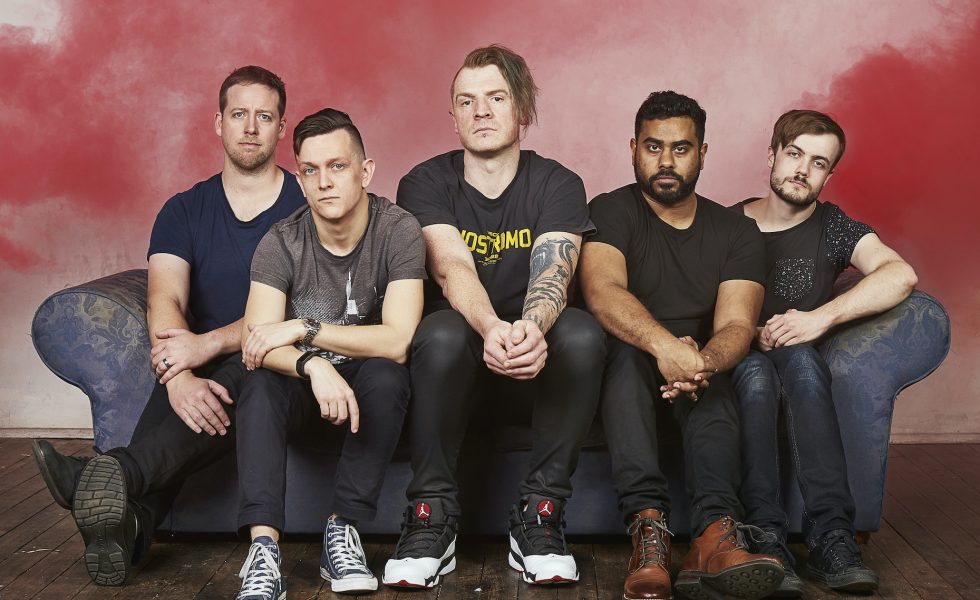 Sydney’s Synaescope has blessed the metalcore world once again.

This time, they’ve done it with Consequences Are A Choice, a head-banging number that’s all about self-sabotage. It’s the first taste of their upcoming EP Unalone, set to drop on 22nd July. We caught up with frontman Warren Harding to chat about the track and find out what else is in store for us.

Warren: We’re Synaescope, a metalcore band from Sydney. We’ve been together in one form or another for the past seven years. Over that period, we’ve had a few different drummers, a few guitarists and a couple of bass players too. Initially, the band was just a few of us coming together to have some fun. We’ve had a couple of EPs and singles along the way, and we’re trying to get back into it now. We love to do this, we’re passionate about it, and with our new drummer, Michael Keeble, we have a renewed vigour. If only there wasn’t a damn COVID lockdown in Sydney now [laughs].

We feel you! This writer is from Sydney.

I was saying to the guys the other night, I’ve pretty much been performing my whole life. I think I was eight when I first jumped in front of a crowd, and I loved it. This last year and a bit has been the longest I’ve gone without doing that. It’s been really weird. I love playing shows. I love getting energetic and loud.

Let’s steer away from the downer topics and talk about something awesome; your new single, Consequences Are A Choice. What’s the story behind it?

It’s about being a jerky brat and letting some of that out. It’s about getting pissed off and wondering why the hell something shit happened to you. A lot of that comes through in this whole series of songs too. I was getting in touch with my emo roots in some respect (laughs). It’s about cutting off your nose to spite your face. You’re in the thick of it, wondering why something keeps happening, and then you just turn it around and get angry about it all. It’s been a lot of fun to vent it all out.

You actually took on production and engineering duties this time around. How’d that go?

It was a heap of fun! Luke (Johnson, guitar) and I have both done audio-engineering in some form, so we decided to give it a try and do it ourselves. While it was fun, it took a lot longer because we were overcritical. If you book studio time and do it, it’s done then and there. Our challenge was switching off. Next time, we might be a little hands-off and leave it to the professionals [laughs]. That isn’t to say we didn’t have some quality help on this, though!

It’s about cutting off your nose to spite your face. You’re in the thick of it, wondering why something keeps happening, and then you just turn it around and get angry about it all.

How’d you break out of being ultra-critical?

By being forced to [laughs]. The other three guys were like, where are we at? They pretty much kicked our asses into gear. That was a primary motivator, and it had just been so long since we had new music out there. We also had two drummers evaporate on us during the demoing/tracking period. We didn’t want the guys to feel like they were being left out of the picture. We needed their input too.

We’ve spoken about what inspired the track lyrically, but what about sonically?

This song happened really organically in the rehearsal space. A bit of guitar noodling started things, there was singing over the top of that, and that was how the intro evolved. Our songs that we enjoy playing the most have often come from that kind of space.

On to the new EP. What can listeners expect to hear there?

Please come and support live music. When Sydney opens up, I hope everyone has a chance to get out there, get sweaty and get loud.